Accessibility links
Senior Moments: A Sign Of Worse To Come? What people experience as a memory problem — or a senior moment — is often really a problem of not paying attention, experts say. There are lots of reasons why brains get sluggish, but doctors say a "cognitive reserve" can help make up for damage that accumulates in an aging brain.

Listen
Senior Moments: A Sign Of Worse To Come? 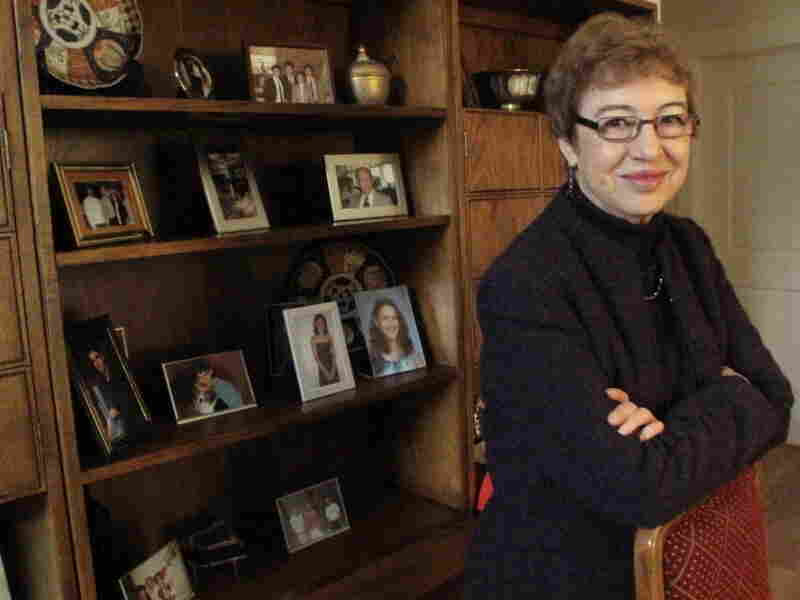 Phyllis Hersch, 70, says she worried that she might have Alzheimer's disease when she started feeling forgetful. Richard Knox/NPR hide caption 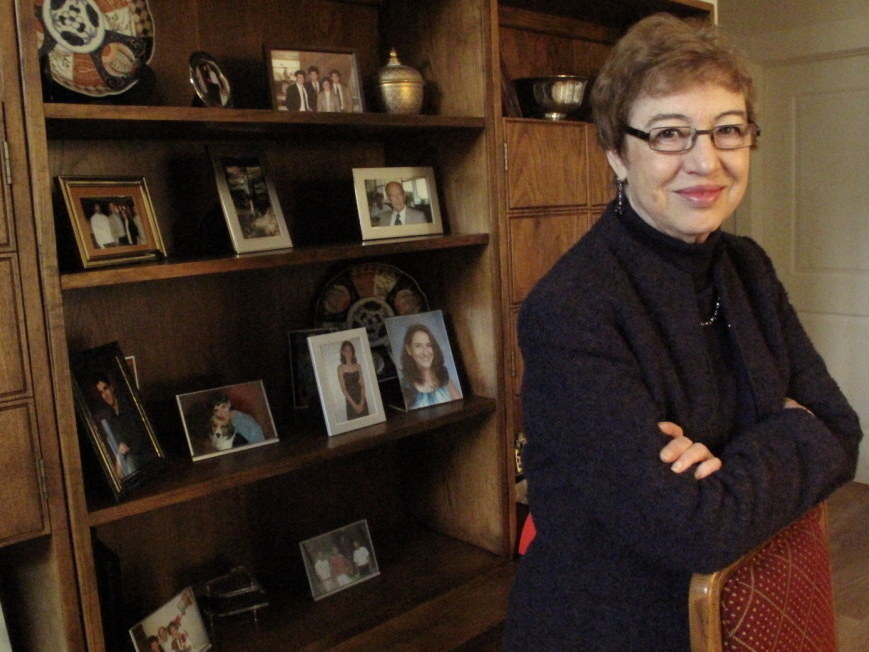 Phyllis Hersch, 70, says she worried that she might have Alzheimer's disease when she started feeling forgetful.

Everybody over a certain age — say, around 50 — has these moments: The car keys go missing. They can't retrieve a once-familiar name. They stride into a room with purpose and then forget why.

Phyllis Hersch knows about those lapses.

"I go to the store and do five errands and miss the most important one because I've gotten distracted by something else," says Hersh, who just turned 70. Recently she alarmed herself by leaving her car in the garage with the motor running at her home in Massachusetts.

Hersch says she might have shrugged off these episodes as just "an ordinary annoyance of aging" except for one thing — her husband Charlie has early Alzheimer's disease.

Telling The Difference: Harmless Slip Or Something Serious?

When is a memory slip of the brain nothing to worry about, and when should it trigger a question to your doctor?

Dr. Kirk Daffner, a Harvard brain specialist, has these tips:

"If someone has reduced or slowed ability to retrieve names of friends and acquaintances – especially those they've recently met – that's probably very benign," Daffner says. "But if they consistently can't recall the names of close friends or family, that's a red flag."

If you don't immediately recognize somebody you meet outside their usual context — say, a coworker you see at the grocery store –- that's normal. But if you have no recollection of having met a person you know, that could signal a problem.

It's common to occasionally not recall an event or a conversation. But if you consistently have no memory of events, even when others give you clues, that's a real concern. "Occasionally making a wrong turn when you think you know where you're going is not worrisome," Daffner says. "If you frequently get lost in familiar places, that's far more concerning."

If you're slow to come up with a word you want sometimes, don't worry. But if a previously familiar word means nothing to you, especially if that occurs repeatedly, ask your doctor about it. "And if your primary care doctor simply dismisses your questions as 'you're getting old,' and you or your family find that the problems are interfering with your life, advocate for some sort of formal evaluation," Daffner says. "It's really important for people to feel they've been heard and they're being taken seriously."

"Because of the situation with him, I worry," she says. "Is this happening to me, too?"

So she consulted an expert: Dr. Kirk Daffner, who directs the Mind-Brain Center at Brigham and Women's Hospital in Boston. Daffner is editor of a just-published report on age-related memory loss.

Daffner put Phyllis Hersch through a series of memory tests: repeating back strings of words and numbers, some mental arithmetic, and so on. They're designed to see if a person can encode new memories, manipulate the information and recall it.

Hersch scored in the normal range, but Daffner checks up on her every six months or so to see if there's any change.

Faulty Memory Vs. Not Paying Attention

Daffner says much of the time, what people experience as a memory problem is really a not-paying-attention problem.

A memory is made up of a lot of different pieces, stored in different parts of the brain. When you shut a door, for instance, your brain registers the feeling of your push on the door, the sound of the slam, an image of what room you were in, what you did next. When you're paying attention to all those things, even on a subliminal level, these piece help you remember that you shut the door. When you're not, you may not retrieve that memory.

On top of that, there's a slowing down of the way the brain works.

"What's common as people age is that the speed at which information can be retrieved on demand is slowed," Daffner says. "Through much of our lives, it was this wonderful gift — we wanted some information and bang, it came to us."

There are lots of reasons why brains get sluggish.

High blood pressure damages the wiring that connects different parts of the brain. Poor sleep or excess alcohol are enemies of a nimble brain. And many medicines — including common drugs to reduce stomach acid, control asthma or treat depression — can slow the brain down.

These are things that can be changed, up to a point. But new research is uncovering something else — something that on the surface seems pretty scary.

Many Have 'A Little Bit Of Alzheimer's'

Nearly 40 percent of people who die without dementia, or any measurable cognitive problems, have definite signs of Alzheimer's disease in their brains, says Dr. David Bennett, who directs the Alzheimer's Disease Center at Rush University Medical Center in Chicago.

"If you look in the brains of older people, it's hard not to have at least a little bit of Alzheimer's pathology," Bennett says. "It's probably a much, much larger problem than we currently recognize."

Bennett's findings come from 16 years of studying thousands of older people who volunteered for the research when they had no cognitive problems. All agreed to donate their brains after death for study.

Bennett acknowledges that the notion that many apparently healthy people are walking around with Alzheimer's-like damage in their brains "could frighten a lot of people."

But in fact, his studies also contain some really good news. Bennett says many people clearly are able to tolerate "a little bit of Alzheimer's" in their brains — or even more than a little bit.

Sample Task From A Memory Test

Naming animals is one possible question on tests that doctors use to assess memory. 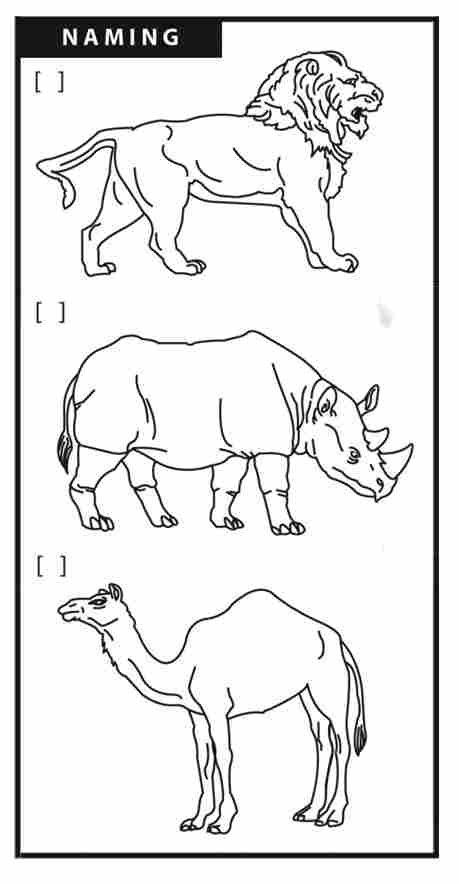 Tapping Into the 'Cognitive Reserve'

Their secret is something scientists call "cognitive reserve" — extra brain capacity. It compensates for whatever damage is accumulating.

It's not like the reserve you have in your kidneys or lungs. You can remove a kidney or a lung and do perfectly well.

"I think of cognitive reserve like the side streets when there's an accident on the expressway," Bennett says. "Everything comes to a dead stop, and you get off and you meander through the side streets, and you can actually get to your destination."

It'll take longer –- but you'll get there.

Some people are lucky when it comes to cognitive reserve. They inherit more of it. Perhaps 50 percent of cognitive reserve is genetically determined. Education -– both the formal variety and rich life experiences -– also contribute.

But some people have bad luck. Their cognitive reserve gets depleted by loneliness, anxiety or depression.

"Having a purpose in life, conscientiousness, social networks, stimulating activities — all these things seem to be protective in terms of how your brain expresses whatever pathology it's accumulating," he says.

Bennett and his colleagues have found that having a lot of friends was clearly associated with maintaining good cognitive function, even after they statistically accounted for other factors — such as whether a person suffered from depression or other illnesses. In other words, there's something about being social that's good for the brain.

So the bottom line is, rather than worrying about memory lapses, maybe people would do better to invest their energy in stimulating activities and maintaining their social life.

There is one other thing people can do: physical exercise. "Some of the best converging data about successful memory or cognition is linked to exercise," says Kirk Daffner, the Harvard brain specialist.