Accessibility links
Goldman Sachs' Long History Of 'Money And Power' The author of a critical history of Goldman Sachs says the firm has been through troubled times before — and only since the 1980s gained a reputation for being "the envy of Wall Street." Recent scandals concerning the role of former Goldman partners in government also go way back, the author says. 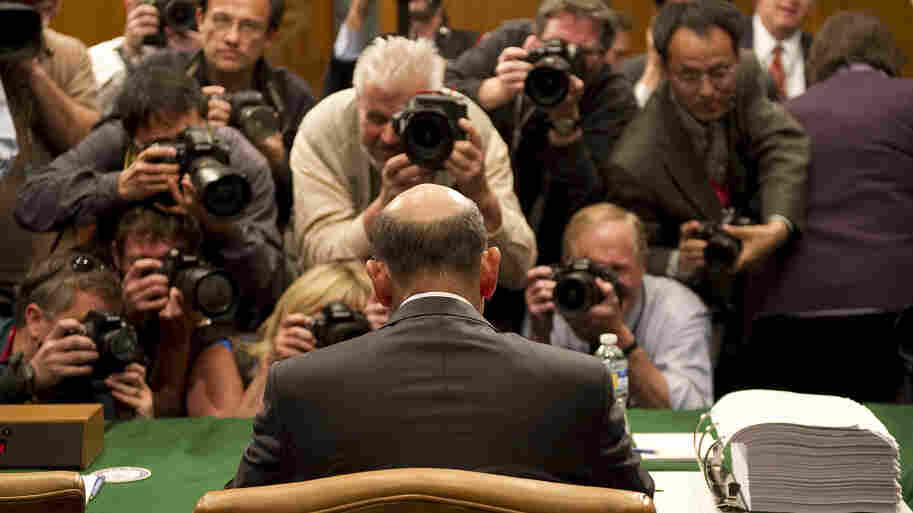 Goldman Sachs CEO Lloyd Blankfein arrives to testify before a Senate investigative committee in Washington in April 2010. The firm eventually settled with the SEC and paid 550 million in fines. Author William Cohan writes about the Goldman's alternatingly tempestuous and chummy relationship with the government in his new book. Jim Watson/ AFP/ Getty Images hide caption 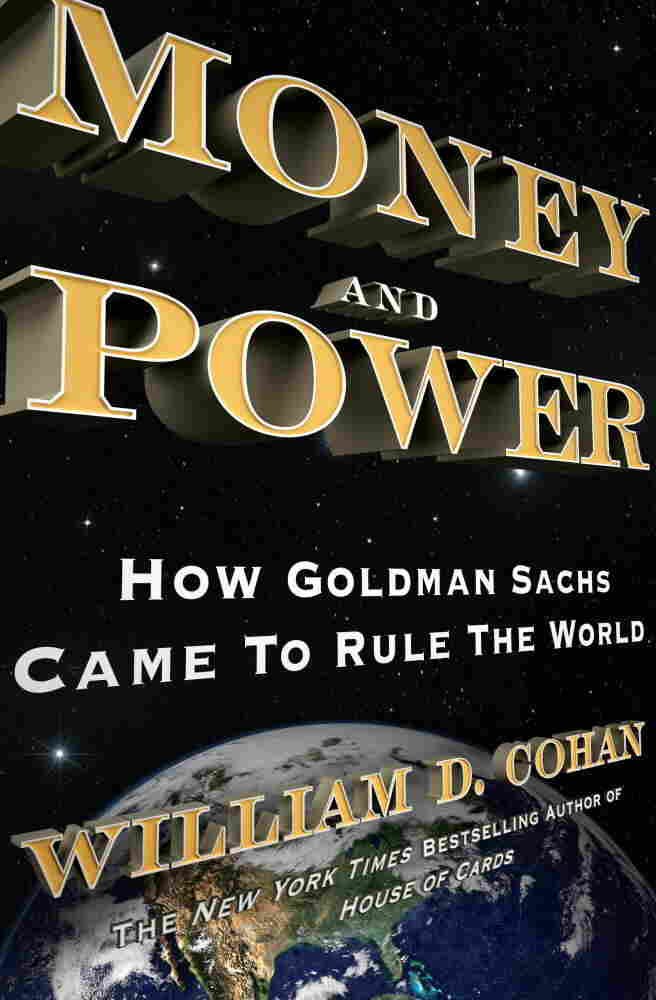 Goldman Sachs has long been one of the most powerful and respected banks in the country, but its reputation has taken a serious hit since the financial crisis. The firm's CEO, Lloyd Blankfein, has been publicly flogged by lawmakers and recently testified in an insider trading case.

William Cohan, author of Money and Power: How Goldman Sachs Came to Rule the World, says the Wall Street firm's involvement in financial scandals isn't anything new, even if people don't seem to remember past incidents.

"For many years, the firm was constantly in and out of trouble," he tells Renee Montagne on Morning Edition. "In 1929-1930, they created the Goldman Sachs trading corporation that nearly bankrupted all the investors that invested in it; it was a bit of a ponzi scheme."

In the 1940s, Cohan says, the firm was involved in an antitrust lawsuit by the Justice Department that could have put it out of business had the decision gone the other way, and it was also involved in the bankruptcy of Penn Central railroad in 1970.

"I would say its reputation for pristine excellence — the envy of Wall Street, if you will — has really been in and around since the 1980s," Cohan says.

The scandal that many people do remember nowadays comes from the financial crisis of 2008. In September of that year, it looked like "all of Wall Street was literally imploding overnight," Cohan says, with Goldman Sachs and Morgan Stanley the last two remaining firms. The Federal Reserve decided to make those two bank holding companies, an unprecedented move that gave them access to the resources of the Federal Reserve.

Because so many of its former bankers have gone into government work, Goldman Sachs has an unflattering nickname — Government Sachs. One of the founding partners of the firm, Henry Goldman, was asked by the Cabinet members who would create the Federal Reserve system in 1913 how he would go about doing it, Cohan says, and they mostly followed his lead. 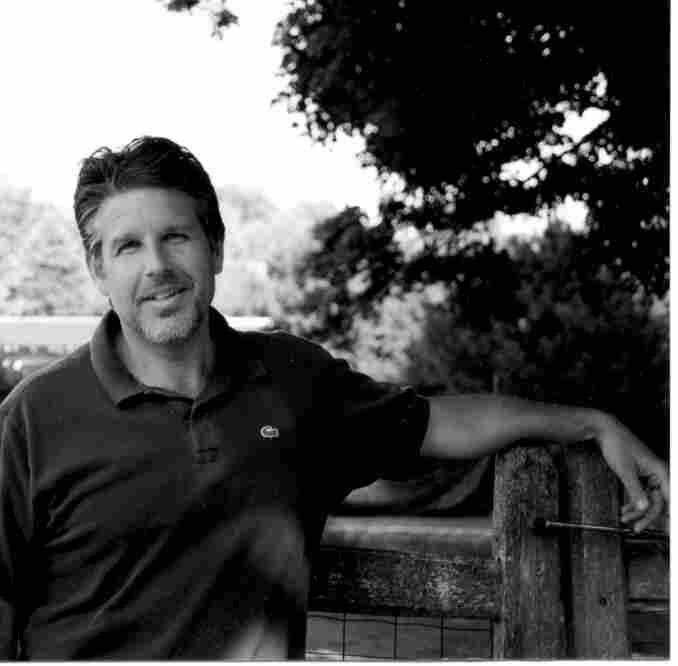 William Cohan was a managing director of JP Morgan Chase and now works as a contributing editor for Fortune. He lives in New York City.   hide caption

Cohan also points to Sidney Weinberg, a longtime Goldman Sachs partner, who advised presidents from Franklin D. Roosevelt to Eisenhower on financial matters. One day on the subway, Weinberg came up with the name of a man he thought should be Treasury secretary, Cohan says. Weinberg told Eisenhower, who had never heard of the man, and the president appointed him right away.

"This had been going on for a very, very long time, and just continued through every senior partner of Goldman Sachs up until Hank Paulson, as we know, when he was named Treasury secretary," Cohan says.

Unlike other firms that encourage their partners to stay around longer, Goldman Sachs has what Cohan calls an "up and out" mentality that encourages employees to leave after five to seven years.

"They talk about public service, giving something back...and [having] a responsibility to make available their talents in many different parts of our society. And one of the ways to do that is of course through government service, and that is very different than other firms," Cohan says.

He acknowledges that all of Wall Street in general exerts a tremendous influence over Washington, D.C., in terms of helping to write the regulations of financial systems, but he argues that Goldman Sachs in particular has used its power.

"Goldman Sachs especially has been very, very good at getting right up against that line of wrongdoing. They know exactly where that line is, and they're very careful most of the time to just stay on this side, and they help influence the way regulations are enforced," he says.

Wall Street has always been a dangerous place. Firms have been going in and out of business ever since speculators ﬁrst gathered under a button­wood tree near the southern tip of Manhattan in the late eighteenth century. Despite the ongoing risks, during great swaths of its mostly charmed 142 years, Goldman Sachs has been both envied and feared for having the best talent, the best clients, and the best political connections, and for its ability to alchemize them into extreme proﬁtability and market prowess.

Indeed, of the many ongoing mysteries about Goldman Sachs, one of the most overarching is just how it makes so much money, year in and year out, in good times and in bad, all the while revealing as little as pos­sible to the outside world about how it does it. Another— equally confounding— mystery is the ﬁrm's steadfast, zealous belief in its ability to manage its multitude of internal and external conﬂicts better than any other beings on the planet. The combination of these two genetic strains— the ability to make boatloads of money at will and to appear to manage conﬂicts that have humbled, then humiliated lesser ﬁrms— has made Goldman Sachs the envy of its ﬁnancial- services brethren.

But it is also something else altogether: a symbol of immutable global power and unparalleled connections, which Goldman is shame­less in exploiting for its own beneﬁt, with little concern for how its suc­cess affects the rest of us. The ﬁrm has been described as everything from "a cunning cat that always lands on its feet" to, now famously, "a great vampire squid wrapped around the face of humanity, relentlessly jamming its blood funnel into anything that smells like money," by Rolling Stone writer Matt Taibbi. The ﬁrm's inexorable success leaves people wondering: Is Goldman Sachs better than everyone else, or have they found ways to win time and time again by cheating?

But in the early twenty- ﬁrst century, thanks to the fallout from Goldman's very success, the ﬁrm is looking increasingly vulnerable. To be sure, the ﬁrm has survived plenty of previous crises, starting with the Depression, when much of the ﬁrm's capital was lost in a scam of its own creation, and again in the late 1940s, when Goldman was one of seven­teen Wall Street ﬁrms put on trial and accused of collusion by the federal government. In the past forty years, as a consequence of numerous scan­dals involving rogue traders, suicidal clients, and charges of insider trad­ing, the ﬁrm has come far closer— repeatedly— to ﬁnancial collapse than its reputation would attest.

Each of these previous threats changed Goldman in some meaning­ful way and forced the ﬁrm to adapt to the new laws that either the mar­ket or regulators imposed. This time will be no different. What is different for Goldman now, though, is that for the ﬁrst time since 1932— when Sidney Weinberg, then Goldman's senior partner, knew that he could quickly reach his friend, President- elect Franklin Delano Roosevelt— the ﬁrm no longer appears to have sympathetic high- level relationships in Washington. Goldman's friends in high places, so crucial to the ﬁrm's extraordinary success, are abandoning it. Indeed, in today's charged political climate, which is polarized along socioeconomic lines, Goldman seems particularly isolated and demonized.

Certainly Lloyd Blankfein, Goldman's ﬁfty-six- year- old chairman and CEO, has no friend in President Barack Obama, despite being invited to a recent state dinner for the president of China. According to Newsweek columnist Jonathan Alter's book The Promise, the "angriest" Obama got during his ﬁrst year in ofﬁce was when he heard Blankfein justify the ﬁrm's $16.2 billion of bonuses in 2009 by claiming "Goldman was never in danger of collapse" during the ﬁnancial crisis that began in 2007. According to Alter, President Obama told a friend that Blankfein's statement was "ﬂatly untrue" and added for good measure, "These guys want to be paid like rock stars when all they're doing is lip- synching cap­italism."

Complicating the ﬁrm's efforts to be better understood by the American public— a group Goldman has never cared to serve— is a long-standing reticence among many of the ﬁrm's current and former execu­tives, bankers, and traders to engage with the media in a constructive way. Even retired Goldman partners feel compelled to check with the ﬁrm's disciplined administrative bureaucracy, run by John F. W. Rogers— a former chief of staff to James Baker, both at the White House and at the State Department— before agreeing to be interviewed. Most have likely signed conﬁdentiality or nondisparagement agreements as a condition of their departures from the ﬁrm. Should they make them­selves available, unlike bankers and traders at other ﬁrms— where self-aggrandizement in the press at the expense of colleagues is typical— Goldman types stay ﬁrmly on the message that what matters most is the Goldman team, not any one individual on it.

"They're extremely disciplined," explained one private- equity exec­utive who both competes and invests with Goldman. "They understand probably better than anybody how to never take the game face off. You'll never get a Goldman banker after three beers saying, 'You know, listen, my colleagues are [worthless].' They just don't do that the way other guys will, whether it's because they tend to keep the uni­form on for a longer stretch of time so they're not prepared to damage their squad, or whether or not it's because they're afraid of crossing the powers that be, once they've taken the blood oath... they maintain that discipline in a kind of eerily successful way." 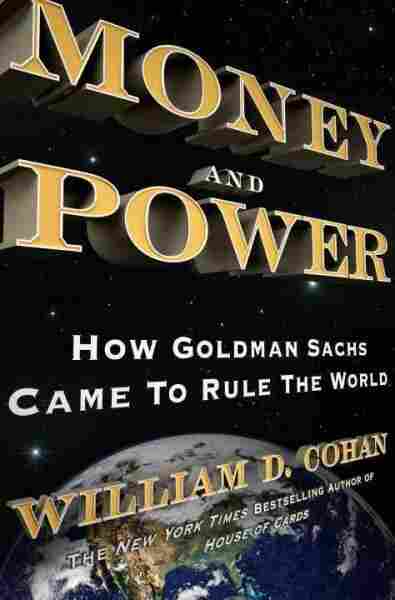 How Goldman Sachs Came to Rule the World