Accessibility links
Weekly Standard: Ryan Vs. Obama — A Great Debate After observing Rep. Paul Ryan draw up and release the GOP budget plan for fiscal year 2012, Fred Barnes of The Weekly Standard argues that if President Barack Obama were to engage in debate with Ryan, it would be this year's main event — if the president is up for it. 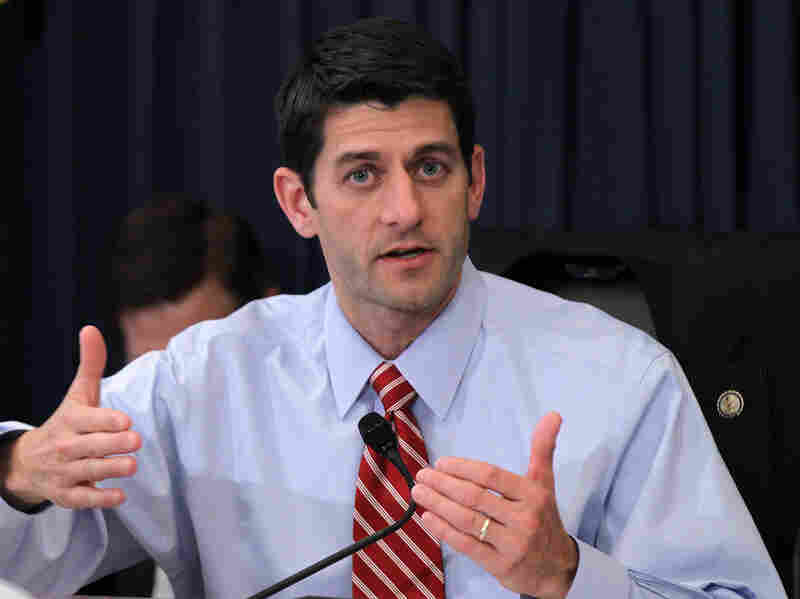 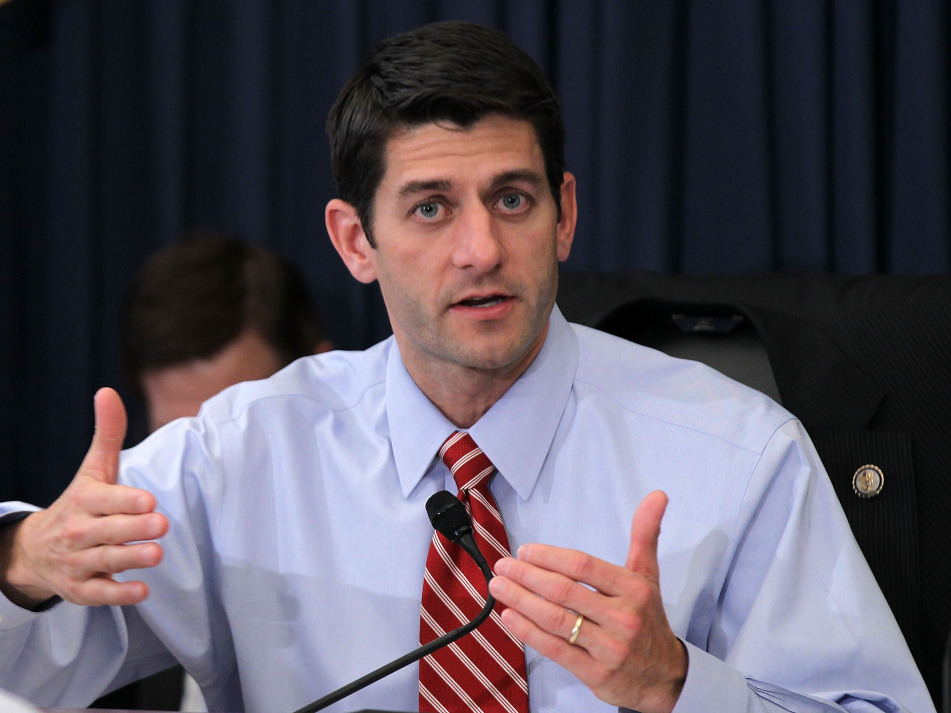 Paul Ryan's dissection of Obama- --care at the White House health care summit on February 25, 2010, elevated him to a stature in Washington rare for a House member. The summit dawdled along for seven hours. Six riveting minutes of analysis delivered by Ryan, as President Obama listened a few seats away, broke the tedium.

Obama's reply is largely forgotten. Rather than responsive, he was evasive. He ignored Ryan's sweeping critique and said he wanted to "follow up on a couple points." He picked one that Ryan hadn't mentioned. He asked if Ryan thought Medicare Advantage was "working well," then didn't give Ryan a chance to answer.

Given this encounter, you can imagine Obama's wariness of debating Ryan on the 2012 budget and everything that goes with it, from spending and debt to tax reform and Medicaid. And there's the larger issue, the future of the country. Obama says he wants to "win" it. Ryan believes we're "on the brink of national bankruptcy."

Obama and Ryan haven't talked since the summit, except for the president's brief call to Ryan after Republicans captured the House in last November's election. Yet Obama and Ryan are the only worthy and appropriate debaters. Both are leaders of their party, Obama as the Democratic president, Ryan because he's been designated by Republicans as the architect of their budget and its plan for restraining the growth of government.

They are cool and likable rivals from the same generation. Obama is 49, Ryan 41. Both have visions of what constitutes a successful America. Obama wants government to play a dominant role in American life, redistributing wealth by heavily taxing the well-to-do. Ryan would shrink government, cut taxes, and incentivize individuals to create a more dynamic country. Obama's model is Western Europe. Ryan's is America over most of the 20th century.

An Obama-Ryan debate wouldn't be a one-on-one, televised sit-down. That's inconceivable under current political circumstances. Instead, they'd debate in speeches, interviews, and press conferences over the spring and summer, defending their ideas and criticizing their opponent's views. The media would cover them lavishly.

Ryan will do this, regardless of what the president does. Is it too much to ask of Obama that he engage directly? It may be. He would be well outside his comfort zone. He is a world-class delegator. He turned over the drafting of his biggest initiatives — economic stimulus, health care, and energy/climate change — to Democratic functionaries in Congress.

For Obama to debate Ryan, even from a distance, he would have to defy conventional wisdom. Presidents try to rise above squabbling in Congress, posturing as adults confronted with unruly children. After being overexposed in his first two years in the White House, Obama may conclude this strategy makes sense.

But Obama is already 0-for-2 in 2011, a very bad start in his struggle with Republicans and bid for reelection.

He has talked often about coming to grips with the soaring cost of entitlements. In February, he said financing Medicare and Medicaid creates "huge problems" that must be dealt with in "a serious way."

His budget for 2012 failed the seriousness test. It must have shocked the president and his advisers when his budget and Obama himself were panned by the media, including the liberal press. He's not used to this. That was loss number one for Obama this year.

The second was the successful rollout of the Ryan budget. In contrast, the media praised Ryan while goading Obama. "The Wisconsin Republican has produced a plan to deal with the debt, which is more than his Democratic colleagues or President Obama can say," the Washington Post editorialized. "Now it's Obama's turn," the Boston Globe said.

It was no accident that Ryan fared so well. His budget, with its deep cuts and revolutionary reforms, might have frightened many House Republicans. But Ryan got critical help from House majority whip Kevin McCarthy, who turned over his conference room in the Capitol for a series of lectures to the entire Republican caucus on the looming debt crisis and Ryan's answer in his budget. (Some members returned to hear the lecture a second time.) When the budget committee approved the Ryan document, all 22 Republicans voted for it.

Ryan and McCarthy also summoned business and conservative advocacy groups to briefings. Among them: the International Franchise Association, the National Restaurant Association, the Chamber of Commerce, and Heritage Action for America. Their response was favorable.

Ryan personally lobbied conservative talkers, including Rush Limbaugh and Sean Hannity, columnists such as David Brooks of the New York Times, think tanks, reporters, policy experts, and anyone else Ryan could get to sit down with him. The House Republican Study Committee produced its own budget with deeper cuts than Ryan's, but RSC members are overwhelmingly supporting Ryan too.

The biggest coup for Ryan was Democrat Erskine Bowles, the Obama-appointed co-chairman of Obama's debt commission. Bowles and his co-chairman, Republican Alan Simpson, lauded the Ryan budget as "a serious, honest, straightforward approach." Compare this with their take on the Obama budget. "The president's budget doesn't go nearly far enough in addressing the nation's fiscal challenges," they said. "In fact, it goes nowhere close."

While that was a blow to Obama, he would still have the commanding position in a debate with Ryan. He's president and commander in chief. Ryan is a House committee chairman. There's a difference. Obama has the biggest megaphone and gets the most attention. The media, while critical of Obama's budget, are largely on his side ideologically. Press attacks on Ryan are inevitable. Indeed, they've begun. Obama can change the subject and drag the media off with him.

But Ryan has significant advantages in a clash over spending, the deficit, debt, health care, taxes, economic growth, and America's future. His biggest asset is his vastly superior knowledge of most of these subjects. I suspect he knows more about Obama's budget and health care plan than the president does. He's an expert. Obama isn't.

Ryan has the credibility that comes from meeting head-on the fiscal challenge to which Obama responds with lip service. In one sense, Ryan is less politically motivated than the president. He's not running for president and has said so repeatedly and convincingly. He doesn't have to answer to interest groups.

"If there's anyone made for this moment," says McCarthy, "it's Ryan." If anyone has said that about Obama, I missed it. Now he has an opportunity. He can meet the challenge of Paul Ryan and the fiscal issues he's been inclined to dodge. He can debate Ryan. Or leave it to others. The country is waiting.