Accessibility links
New Republic: In Deficit Plan, Obama Must Stay Firm On Wednesday, President Obama will be delivering a speech on reducing the deficit, an address that will act as a response to Ryan's budget proposal. Jonathan Chait of The New Republic argues that hopefully, this will be a time that Obama takes sides instead of compromising. 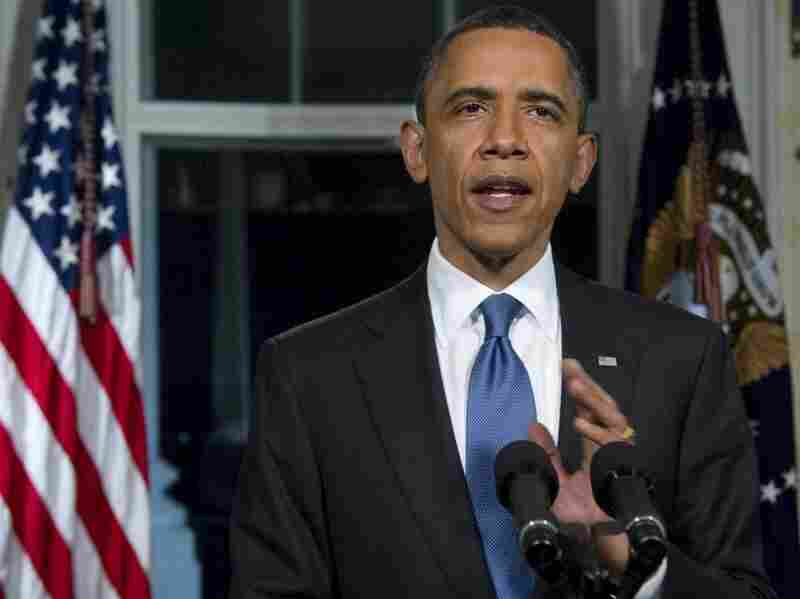 President Barack Obama speaks on the budget after Congress reached an agreement on Friday that avoided a partial federal shutdown. On Wednesday, Obama is expected to speak on reducing the deficit. Saul Loeb/AFP/Getty Images hide caption 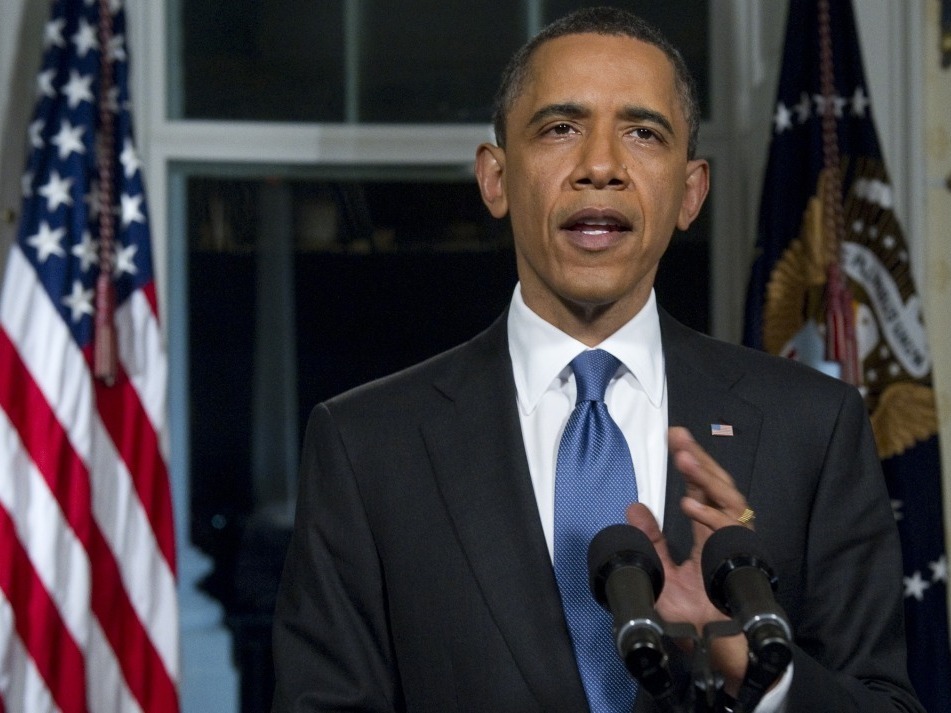 President Barack Obama speaks on the budget after Congress reached an agreement on Friday that avoided a partial federal shutdown. On Wednesday, Obama is expected to speak on reducing the deficit.

The big news on Sunday was the announcement, from senior White House adviser David Plouffe, that President Obama plans to make a major policy speech about how to reduce the deficit. And I am worried — not about the substantive position Obama will stake out, but how that positioning will affect the rest of the debate about federal spending.

The speech will be Obama's formal response to House Budget Chairman Paul Ryan, who last week put forward a Republican blueprint for balancing the government's books. And Plouffe made clear on several Sunday shows that Obama is no fan of Ryan's proposed scheme, which would transform Medicare into a voucher program, dramatically reduce the federal commitment to Medicaid, and extend the Bush tax cuts.

Here's what Plouffe said on "Meet the Press":

"The Congressional Republican plan, for instance, would — projections show — would give the average millionaire a $200,000 tax cut, while asking more of the middle class. The average senior down the road would pay $6,000 more for health care. It cuts our energy investments at a time we're dealing with high gas prices by 70 percent. So we're obviously not going to sign on with that approach."

Exactly right. But then Plouffe said something else:

"But what's clear is, like on any issue in Washington, we have divided government. So we're going to have to bring leaders together and figure out where we can find compromise."

Uh oh. It's true we have divided government. And it's true that, at some point, Democrats and Republicans will have to compromise in order to agree on legislation to keep the government running. But does that mean Obama and his surrogates need to preach the virtues of compromise right now?

Ryan has proposed something truly radical. He wants to end to Medicare and Medicaid as we know it, while taking health insurance away from more than 30 million people. And, by simultaneously calling for tax cuts that benefit the wealthy, Ryan has made his proposal politically vulnerable. It's no stretch to say that Ryan is squeezing seniors instead of squeezing health care costs — and that he is taking from the poor in order to give to the rich. Even relatively conservative Democrats see the plan as a non-starter, with none other than Senate Finance Chairman Max Baucus vowing "not on my watch."

I realize that merely calling for bipartisan cooperation, as Plouffe did on Sunday and Obama presumably will on Wednesday, isn't tantamount to giving ground. It's the kind of thing politicians say all the time, whether or not they mean it. And, on Sunday evening, a senior administration official assured TNR that Obama wouldn't be negotiating with himself or making a detailed, pre-emptive offer to the Republicans. Instead, the official suggested, Obama will be establishing some principles that should guide deficit reduction efforts as the discussion moves forward. (Hopefully they'll look like this.)

But I feel like I've seen this play before. Obama starts off with a flexible, center-left position. The Republicans start off with a rigid, far-right position. Obama's commitment to bringing people together seems absolutely sincere; the Republicans' interest in shredding the welfare state seems absolutely sincere. The two go back and forth, eventually reaching a compromise that is somewhere between the two ideological starting points — which is somewhere on the right.