Accessibility links
North Korea's Pleas For Food Aid Draw Suspicion A recent U.N. assessment found that only 4 percent of households were eating properly. It fears the public food distribution system — on which many depend — will run out of food in May. Hard choices lie ahead: Food aid could help the survival of the regime, but withholding aid will cost lives.

The United Nations is warning that 6 million North Koreans — a quarter of the population — could be at risk of starvation. It's warning of a likely humanitarian crisis, with North Korea's public distribution system set to run out of food in May.

North Korean food shortages are no longer news, but this year Pyongyang has made unusually public pleas for food aid, raising fears as well as suspicions. 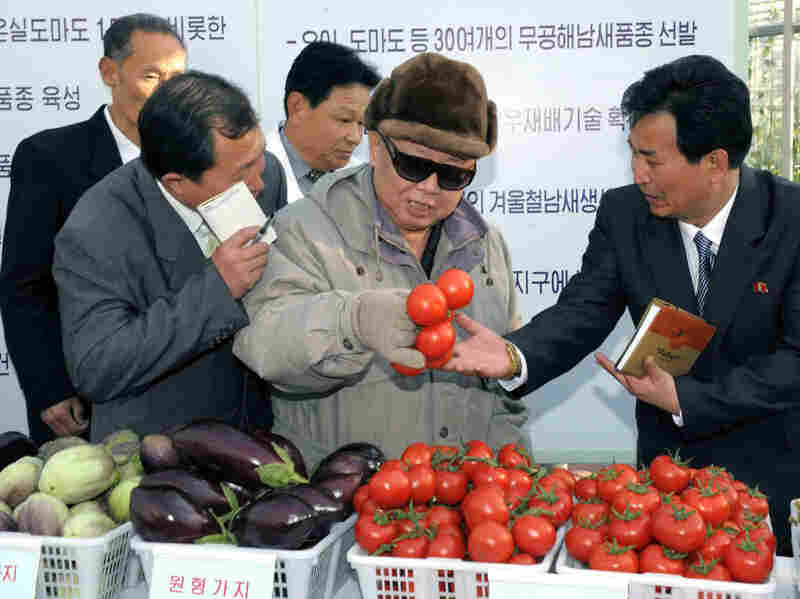 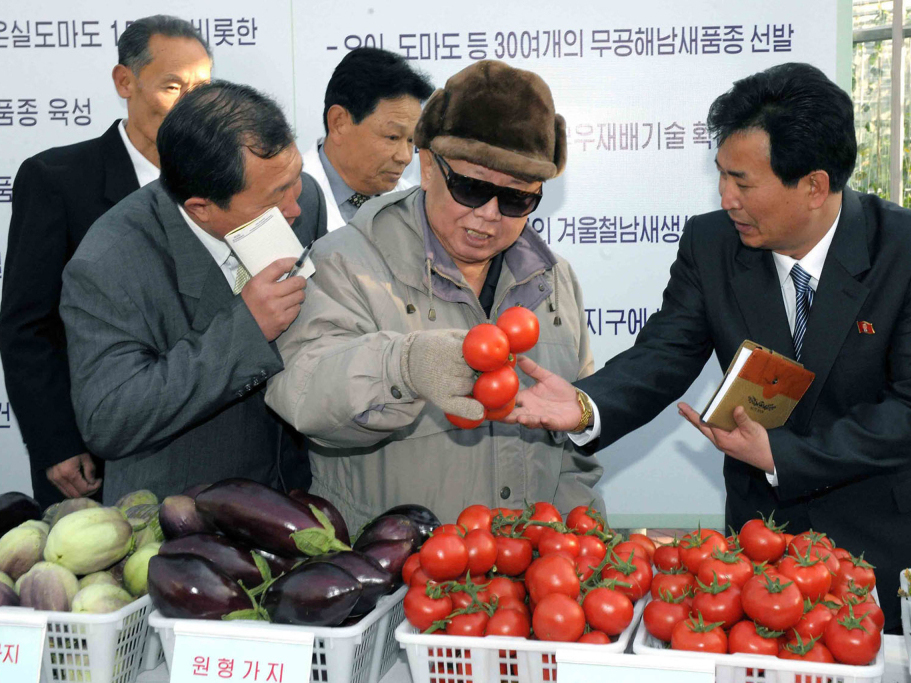 In North Korea, from May until July is called the "lean season." This year they're already using other Orwellian euphemisms, too, like "alternative food."

"They take wild grasses or straw and twigs, and they cut it up real fine, and mix it with their ground-up corn, which is a staple of their diet," says David Austin, of the nongovernmental organization Mercy Corps.

In mid-February, as part of a seven-person team, Austin was invited by North Korea to spend a week there assessing whether food aid is needed. He believes it is.

"I would say they're dying of hunger-related causes. A child who ingests this alternative food who's 3 years old, her stomach can't absorb that. We saw a little girl who was 3 1/2. She weighed about 15 or 16 pounds, and she was completely unresponsive during our visit. That child probably won't make it."

The U.N. has also found that health indicators are worsening. In some parts of the country, up to half the children have acute malnutrition or stunted growth. And worse could be to come: Austin's team estimates that 50 percent to 80 percent of the wheat and barley harvest has died because of a bitterly cold winter.

Rising food prices mean North Korea has scaled back plans to buy food on the world market. It had wanted to buy 325,000 tons. So far, it has only bought 40,000, according to Ken Isaacs of Samaritan's Purse, who was also part of the NGO assessment mission.

"With the loss of the winter harvest and the limit of food in the storehouses, our expectation is you're going to see a significant impact from about the middle of March through July," he says. "That's when the stocks will run out."

Exhibit A is a video shot by a citizen journalist working for Rimjin-gang, which styles itself as North Korea's first ever underground magazine. It includes an interview with an emaciated girl covered in filth, picking grass. When asked "What do you eat?" she replies "Nothing." It was shot in June. Rimjin-gang reports that her body was found in October.

The regime usually distributes food on special occasions, like the birthday of leader Kim Jong Il, which was marked last month with a synchronized swimming performance and an ice dancing show. But this year there was no cause for celebration for the masses: The special food rations were scaled back, and in some cases not distributed at all.

Tae-keung Ha from Open Radio for North Korea, which has sources inside the country, says there is food for sale in the markets, but people can't afford it. This suspicion is also bolstered by an assessment by the World Food Program and the Food and Agriculture Organization in November, which found that North Korea's food output had grown by 3 percent last year compared with a year before.

"The price of rice has inflated about 100 times compared to one year ago," says Tae-keung Ha. He blames economic mismanagement for hyperinflation, following botched currency reforms in 2009. "The main reason is [that] the value of North Korean currency is plummeting down because [the] North Korean government is just printing more and more North Korean currency."

A 'Strong And Prosperous Nation'

This year, multiple reports say even the favored military is going hungry, as the public distribution system that kept them fed has largely broken down. This comes at a time when North Korea has requested food aid from overseas, even from poorer African countries. This has led some to fear that food could be stockpiled.

"Maybe almost all the food from the rest of the world to North Korea could be used for the military," says Tae-keung Ha. He points out that the leadership has vowed that North Korea will be a "strong and prosperous nation" by 2012. "So for the next year, they should give some food to their people. So that's another reason why they need [to] save rice for the next year."

The NGO team wants a targeted feeding program for the most vulnerable members of society. They say such a mission should be strictly monitored to avoid abuse. U.S. officials say they're considering whether to resume food aid. This is politically sensitive following Pyongyang's deadly attacks on a South Korean island late last year.

But Austin says there are humanitarian and political imperatives to act.

"All of the food that comes in when donated from U.S. arrives in a bag with a U.S. flag on it," he says. "In Korean, and English, it says a free gift from the American people. The 900,000 people we were feeding in 2008 to 2009, every two weeks they would go to the distribution center, and they'd see that flag and see that statement and they'd get their food."

The recent U.N. assessment found only 4 percent of households were eating properly. It fears the public food distribution system — on which many depend — will run out of food in May. The U.N. programs in North Korea are severely underfunded, and fears are growing that time is running out to organize an appeal.

Hard choices lie ahead: Food aid could help the survival of the regime, but withholding it will cost lives.