Accessibility links
Paul Simon: Creating Something 'So Beautiful' After listening to a box set of old American recordings, singer-songwriter Paul Simon was inspired by a holiday sermon. That song, "Getting Ready for Christmas Day," and others are on his 12th solo studio album. Hear Simon talk with Morning Edition host Steve Inskeep about So Beautiful or So What.. 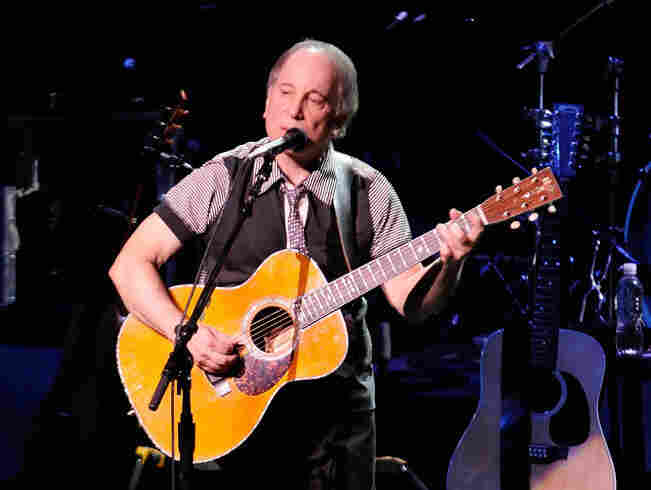 Simon's 12th studio album is titled So Beautiful or So What. Gary Gershoff/Getty Images hide caption 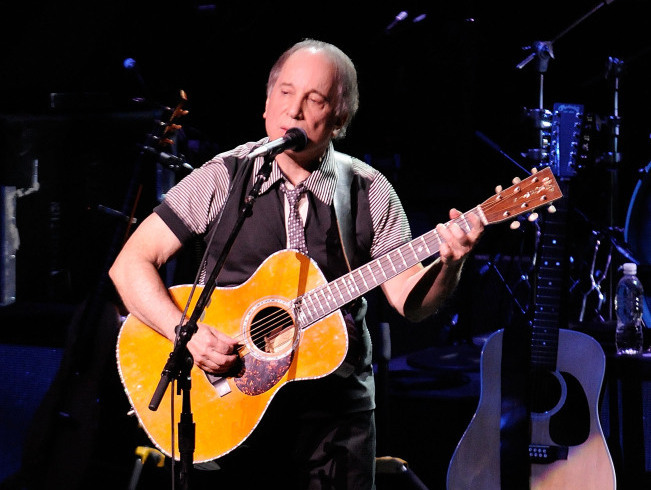 Simon's 12th studio album is titled So Beautiful or So What.

Singer-songwriter Paul Simon was listening to a box set of old American recordings one day. Among the songs, he found a Christmas sermon bearing the voice of Atlanta's Rev. J.M. Gates, a hugely popular preacher in the 1930s and '40s. That sermon stayed with Simon, who turned it into a song.

"It really struck me, not only because it was really an unusual way of having a Christmas sermon, because it's very dark, it's like a warning," Simon tells Morning Edition host Steve Inskeep, "but also ... there was a real rhythmic pulse to it ... it sounded so natural. I lived with that for a while, and then I thought, 'I could write a song called "Getting Ready for Christmas Day," and find a way of making verses that lead up to the sermon and then follow the sermon.' "

That song now leads Simon's new album, So Beautiful or So What. The sermon that inspired him warns of someone "coming for your boy" on Christmas Day.

"Everybody's thinking that Christmas is going to be a joyous occurrence, but what is also going on is that you may not even make it to Christmas Day," Simon says of the sermon he samples in the song. "Don't plan on this, because there are all kinds of dangers that surround Christmas Day."

Hear Paul Simon's 'So Beautiful Or So What' In Its Entirety

Simon takes those dangers that Gates references in his sermon and brings current events into the songwriting. The track references his nephew, who has been on multiple tours of duty to Iraq.

Religious imagery runs throughout So Beautiful or So What. Simon has always peppered his work with religious themes, but he uses it to support the stories in his songs.

"It's not so much that it pops out in a larger way ... it's more frequent. I really had no plan to do that," Simon says. "They begin as stories, and where they go is just a path I follow. Sometimes spiritual or religious imagery will be part of the story. It's seldom the point of the story, but it's a presence that lingers."

So Beautiful or So What is Simon's 12th solo studio album. When asked if he would ever run out of things to say, Simon says he's confident that if he did, he would find something else to fill his time.

"One of my favorite poets is Philip Larkin," Simon says. "Philip Larkin didn't write for several years before his life ended. And when he was asked why he didn't write, he said the muse deserted him. It sort of scared me. That's why I think I have no right to assume that some thought is going to come. ... But I think, in my imagination, if it is it, there will probably be something else I'm interested in."