Accessibility links
Deficit Forces Question: What Is Government's Role? For the first time in many decades, Congress appears to be taking a hard look at the nation's deficit problem — one that President Obama plans to address in a speech Wednesday. 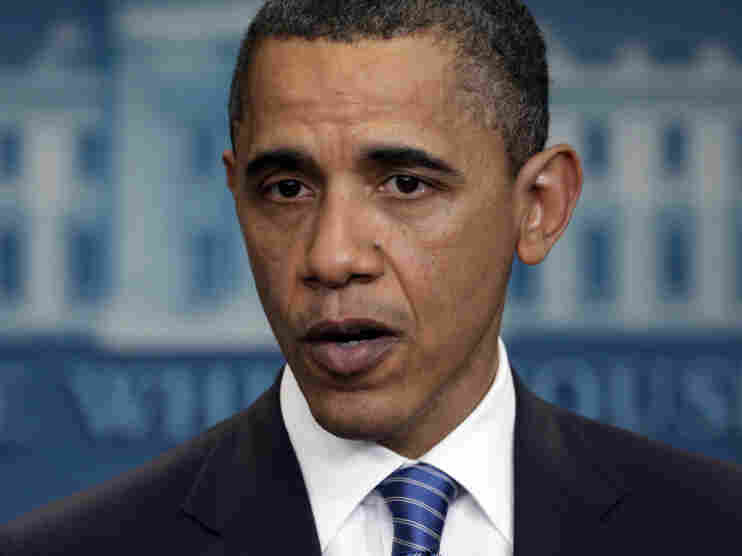 President Obama is scheduled to unveil his plan for cutting the deficit in a speech Wednesday afternoon. Carolyn Kaster/AP hide caption 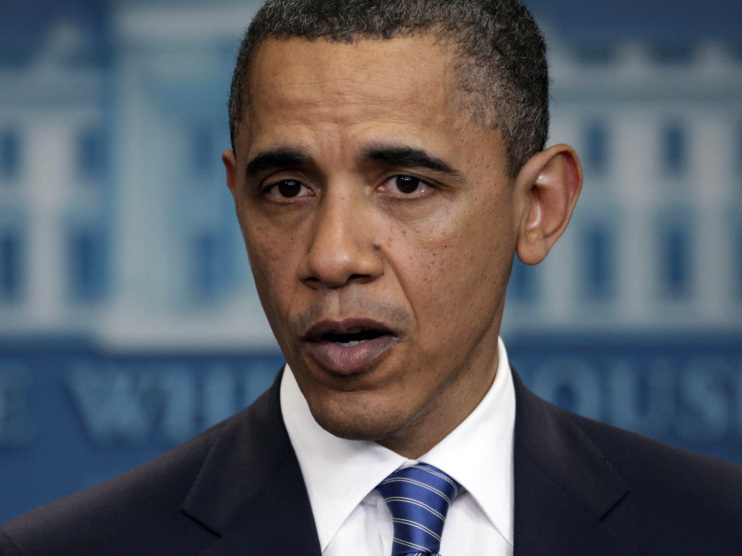 President Obama is scheduled to unveil his plan for cutting the deficit in a speech Wednesday afternoon.

No one is expecting a bipartisan consensus any time soon over what to do about the nation's exploding deficit, and when to do it. Far from it.

But what many government watchers agree has been unfolding in Washington is a historic and potentially authentic conversation over federal spending, taxes and the role of government in the lives of Americans — from family planning clinics to Social Security benefits.

"People used to say there's not a dime's worth of difference between Democrats and Republicans when it came to government spending," says Howard Gleckman of the Tax Policy Center. "Now you are seeing a fundamental difference in the view of government between the two parties — a contrast we haven't had probably since the 1920s."

President Obama will enter the partisan fray on Wednesday afternoon, with a much-anticipated speech at George Washington University in which he is expected to lay out his plan for tackling the deficit with a mix of spending cuts and tax increases on high earners. Earlier in the day, the president is scheduled to meet at the White House with Democratic and Republican congressional leaders to discuss his fiscal plans.

The address, seen as a response to GOP Rep. Paul Ryan's recent budget blueprint will come two months after the president released his 2012 spending proposal. That White House plan has been widely viewed as a government-as-usual document with little attention to the nation's burgeoning obligations.

Obama's budget "envisioned a government hardly different than the one we have had for decades," Gleckman says.

Ryan has called for more than $6.2 trillion in cuts, many unspecified, over the next decade, repeal of last year's health care overhaul legislation, and a wholesale re-making of Medicare and Medicaid funding and eligibility tests. His plan also includes tax cuts for high earners and corporations.

Ryan's proposal has no chance of surviving Senate scrutiny or the president's veto pen, but it — and pressure from the Tea Party movement — has been the catalyst for what appears to be a broad, no-holds-barred examination of government in America in 2011.

Meanwhile, there are efforts under way in the Senate by the so-called bipartisan "Gang of Six" senators working on a plan that aims to reduce the deficit by $4 trillion over 10 years.

"This is a defining time for our nation," says Alison Acosta Fraser, an economic policy expert at the conservative Heritage Foundation. "We are really at a crossroads, and it's time for a conversation."

The president's appearance at George Washington University will come just days after Congress approved a stopgap agreement that avoided a government shutdown and as rhetoric sharpens over a looming vote on raising the government's current $14.3 trillion debt ceiling.

The ceiling is the maximum amount the U.S. can borrow to cover its obligations. Without an increase, the government could ultimately default on its Treasury debt — something it has never done and which no one expects to happen.

However, Republican leaders have said that in exchange for votes to raise the ceiling, they will be expecting White House concessions on program and spending cuts.

The battle will be over what programs and how much.

In his speech, Obama is expected to draw on a report issued in December by a bipartisan deficit reduction commission he established. The commission's plan, which failed to get enough support to move it to Congress, calls for cuts in military spending, raising the Social Security benefits retirement age and increasing tax revenue by cutting provisions like the one allowing deductions for mortgage interest payments.

Gleckman credits the Tea Party movement with having a "remarkable influence" in focusing debate on the deficit.

And the Heritage Foundation's Fraser is among those who credit Ryan, the Wisconsin congressman and chairman of the House budget committee, with forcing the Capitol Hill conversation — whether or not you agree with his aims. 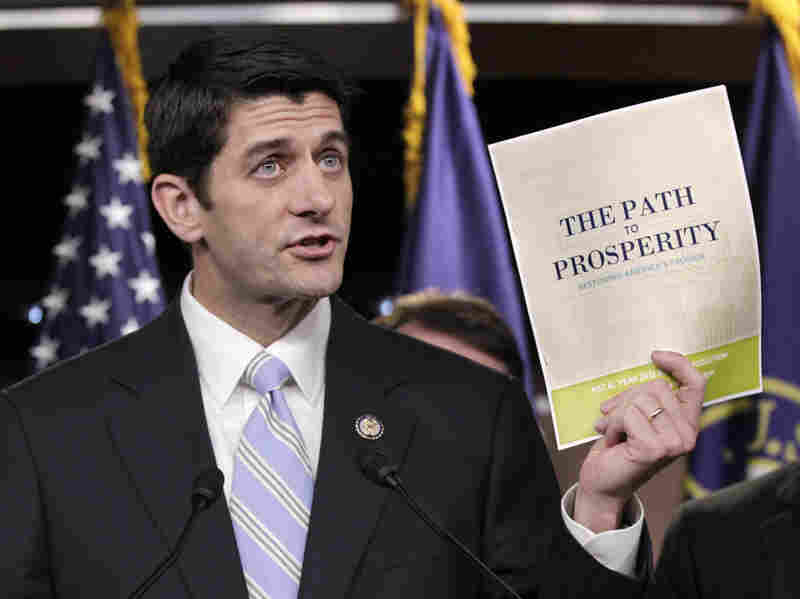 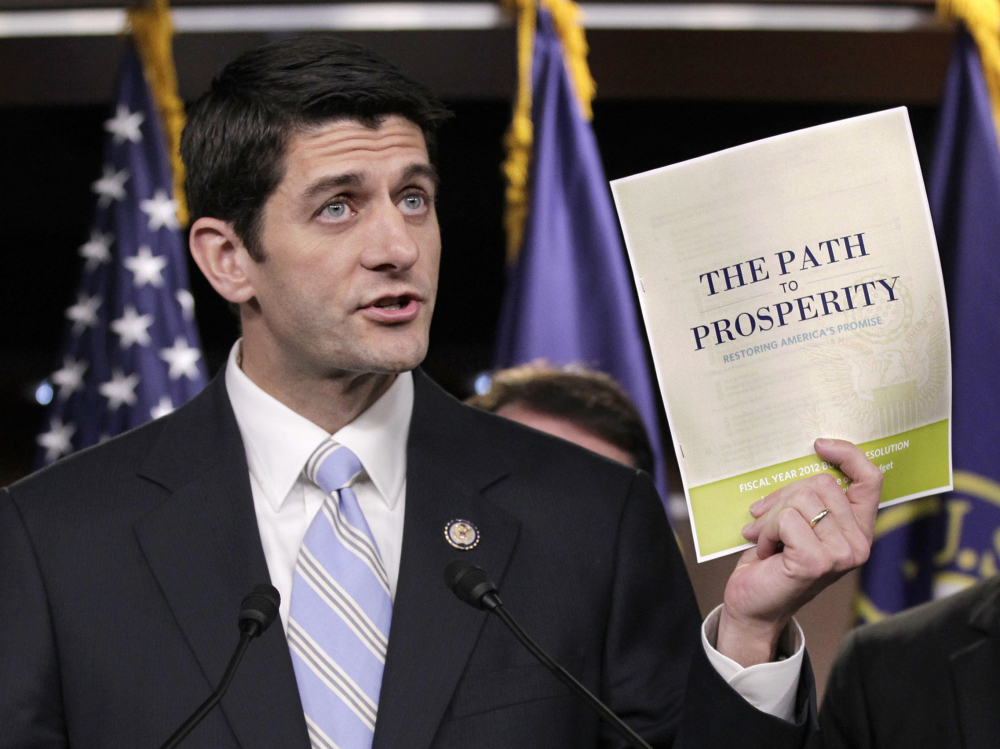 "Paul Ryan really jump-started that discussion; his budget would put the nation on a fundamentally different course," she says, "and one that I, as a conservative, welcome and embrace."

Ryan's plan has been excoriated by those who see it as an assault on the poor, elderly and sick, and a sop to the wealthy.

At the Concord Coalition, a bipartisan organization dedicated to deficit reduction, executive director Robert Bixby notes that under Ryan's budget, entitlement programs actually eat up more of the federal budget than they would under Obama's original 2012 plan.

Why? Because Ryan's proposal "cuts so much from everything else," Bixby writes in the coalition's blog.

"Clearly, there is waste in these other programs and no serious deficit reduction plan can exempt them from scrutiny," he says of domestic programs.

"But can we really expect to maintain ourselves as the dominant world power," he asks, "while investing in our domestic economy if retirement income and health care programs take up two-thirds to three-quarters of all federal dollars?"

In tackling the deficit, Ryan has not proposed any new revenue. In fact, he has called for cutting taxes on corporations and the nation's wealthiest individuals.

And he would turn Medicare into a voucher program by 2022, ending direct government reimbursements to medical care providers and offering instead a set government subsidy to recipients.

Medicaid, the program for poor Americans, would, under the Ryan plan, become a flat block grant to states — indexed for inflation and population growth, but not for medical costs.

He provides no plan for addressing the costs of Social Security, which analysts say should remain solvent through 2037.

"In the Ryan plan, his solution to the deficit is to cut benefits programs for the elderly and poor, and to cut taxes for very rich people," says Gleckman, of the liberal-leaning Tax Policy Center. "Is that going to fix the deficit? We don't know."

Though few details of the president's deficit-reducing proposal have yet emerged, administration officials have said Obama favors a scalpel over a "machete." He is expected to propose reductions in Medicaid and Medicare spending, as well as in military spending.

Whether the president goes beyond promoting repeal of the Bush-era tax cuts for couples earning more than $250,000 is anyone's guess.

Fraser, of the Heritage Foundation, says she and others — including those at the Concord Coalition, with whom she has worked — believe that Americans are ready for an "adult conversation."

"There's a lot of noise out there, but they're ready to make tough choices if you give them straight talk," she said.

Doing nothing, she said, is not a choice.

But with presidential election politics already playing out (some potential GOP candidates have already distanced themselves from some of Ryan's proposals), Obama is expected to walk a middle line on Wednesday.

He'll have to make clear that he has heard Americans' concerns about the deficit as a serious long-term problem that has to be fixed.

There will likely be a call to reduce some benefits for the elderly and raise taxes on high earners.

But no one expects a call to revolution a la Ryan.

"I just hope he doesn't call for another commission," Gleckman says.