Accessibility links
The NFL Owners' Prevent Offense: Play For Time As the NFL's labor issues get bogged down in the courts, team owners know that eventually, football fans will become impatient. And if the season is delayed, the players will lose any public sympathy they originally had. 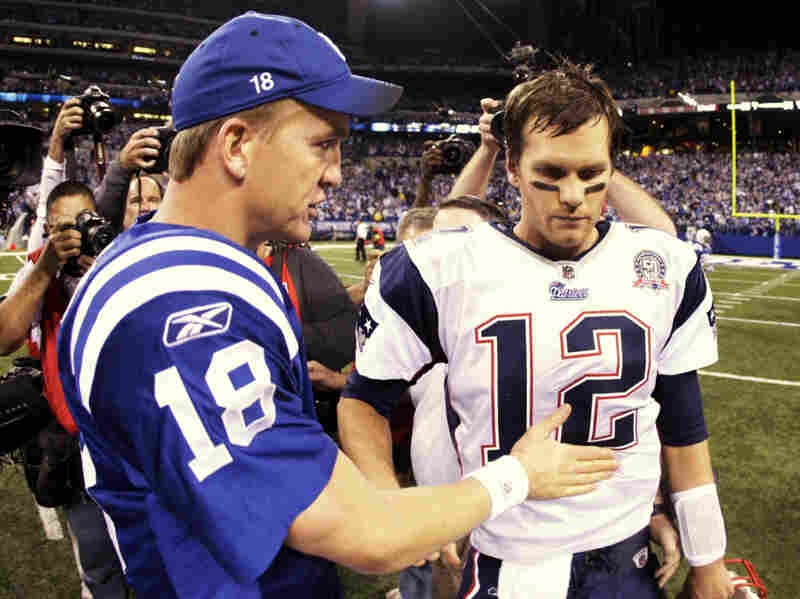 NFL stars like Peyton Manning (left) and Tom Brady are most likely better positioned to cope with a delayed season than are players with fewer resources. The two quarterbacks are part of a group of players who filed an antitrust lawsuit against the league. Jamie Squire/Getty Images hide caption 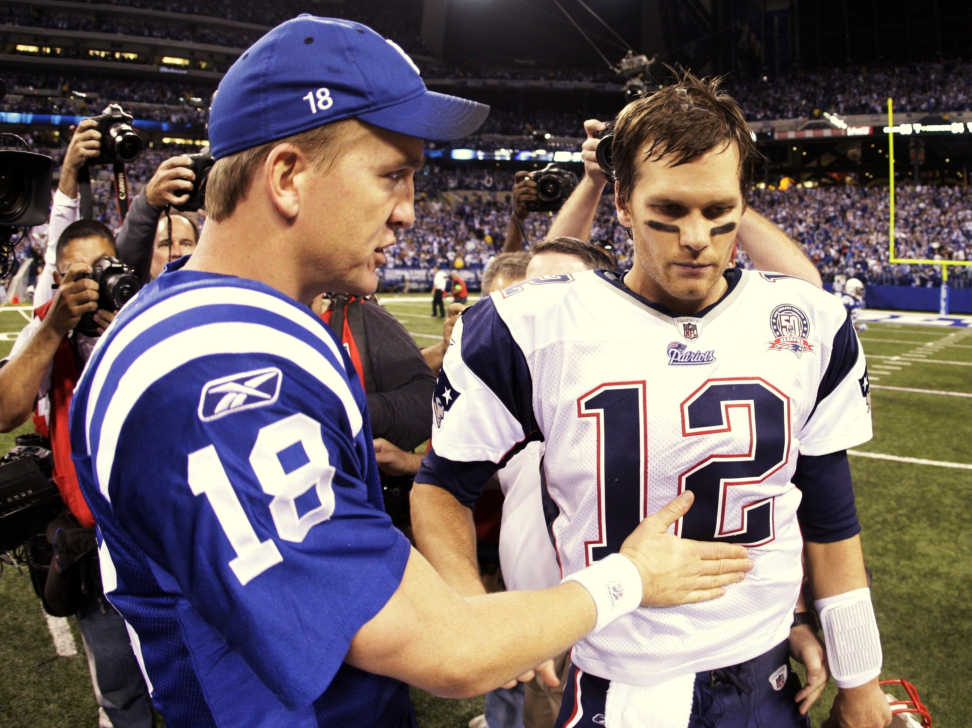 NFL stars like Peyton Manning (left) and Tom Brady are most likely better positioned to cope with a delayed season than are players with fewer resources. The two quarterbacks are part of a group of players who filed an antitrust lawsuit against the league.

Do you get the feeling that the National Football League labor negotiations harken us back to nothing less than the Vietnam peace talks? Any minute now, I expect the two sides to start arguing over the shape of the table.

Both sides have essentially said, "Yeah, we sure do want to talk, only not actually to one another" — until finally, a judge has ordered them to meet again again, pretty please, starting tomorrow.

If you haven't been paying attention, which is to your credit, the whole business has been turned over to lawyers.

After the owners locked out the players, the players association decertified itself as a union and had some players –– including the glamorous likes of Tom Brady and Peyton Manning –– sue the league. Meanwhile, the league countered by asking the courts to call the whole decertification ploy a sham.

So while negotiations resume, the judge in Minnesota — never mind why Minnesota, except that it's supposed to be an advantage for labor — might herself eventually decide whether she should grant an injunction and end the lockout. The league figures, go ahead: The NFL could then go to the Court of Appeals for the 8th Circuit, which is supposed to favor big business.

It's so ridiculous you just wish it could be like the United States government, where lobbyists could come in and get things done.

Most of you have heard of the "PREE-vent DEE-fense" (or, as we would say in real life: prevent defense). Effectively, it seems to me, what the owners are doing is running a prevent offense. Time is on their side — for two reasons.

First, the average lifespan of an NFL player is about 3 1/2 seasons, and players only get paid in season. Brady and Manning aren't going to miss a paycheck. A lot of lesser lights are. It's going to be hard to keep the players together.

Secondly, invariably in these sports disputes, the public forgets the issues. The cry simply goes up: Never mind your argument, just give us our circus. Usually in the past, what we heard was: A plague on both your houses. Now it's fashionable to say: It's just a bunch of billionaires fighting millionaires.

The owners know that as the season approaches, the fans will merely become impatient, and the players will lose what sympathy they originally had.

After all, in a bad economy, the owners picked the fight — even though everybody in the NFL is in clover. The owners plead financial distress, but won't open their books. The players appeared to be the victims.

But as long as the owners, abetted by the players, can keep the dispute tied up in court so that its not players vs. owners but lawyers vs. lawyers, the original issues will be obfuscated. And hang what is right or wrong or fair or unfair — the public will simply demand compromise for compromise's sake. The owners' prevent offense will win the day.