Accessibility links
Somaliland Struggles In Effort To Fight Piracy Somaliland, a self-ruling part of Somalia, is desperately poor. It has only eight functioning coast guard vessels for its 500 miles of coastline, and most of its prisons are dreadful. Still, Somaliland is trying to rein in piracy, even though it's like fighting a stiff current. 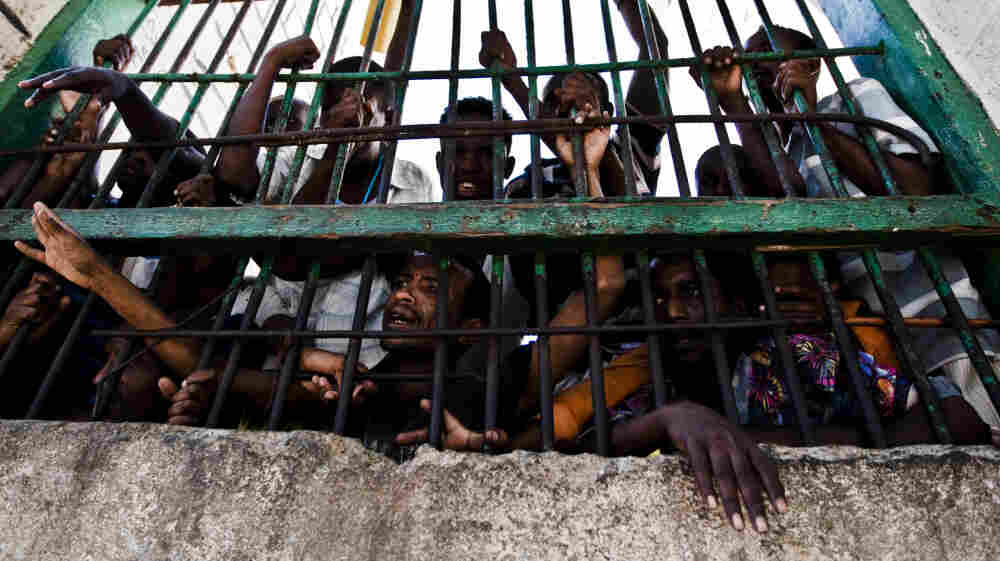 Other nations that catch Somali pirates are reluctant to send them back because the prisons do not meet international standards. This prison in the coastal city of Berbera, Somalia, dates to the 1880s, and inmates constantly complain about conditions. Kabir Dhanji for NPR hide caption

The first in a three-part series.

Somali piracy has become an epidemic.

Last year, Somali pirates seized more than a thousand hostages — a record. This year, they have already hijacked 15 vessels, including an American yacht whose four passengers were killed. 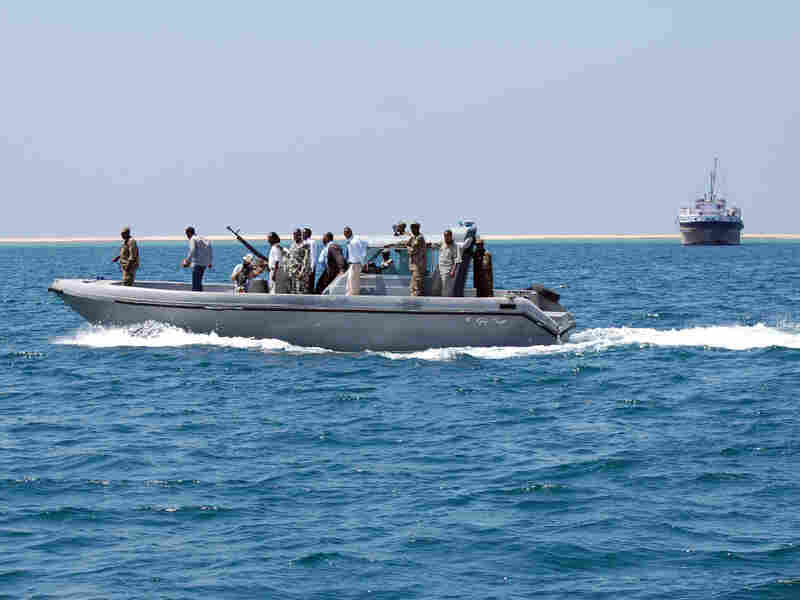 Somaliland's coast guard has just eight boats to patrol more than 500 miles of coastline along the Gulf of Aden. Frank Langfitt/NPR hide caption 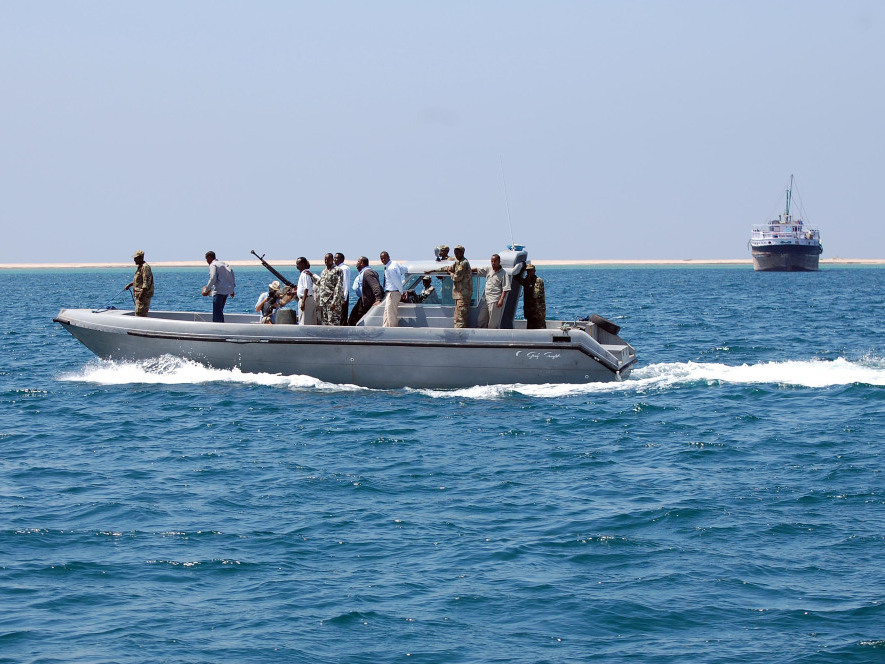 Somaliland's coast guard has just eight boats to patrol more than 500 miles of coastline along the Gulf of Aden.

The government of Somaliland, a self-ruling part of Somalia, is trying to fight the problem with a ragtag coast guard and a new prison, but battling piracy is like fighting a stiff current.

A visit to the local jail in Somaliland's port of Berbera goes a long way toward explaining why.

Duale Jama Sirat is sitting on the jail's concrete floor. The cell reeks of urine, and the walls are etched with names and phone numbers.

Sirat has been here ever since the Somaliland coast guard boarded his skiff last month about 50 miles off the coast in some of the world's most pirate-infested waters.

"We don't know why they captured us," says Sirat, feigning surprise at his predicament. "The coast guard from Berbera fired on us and ordered us to stop."

Catching Pirates With A Kind Of Neighborhood Watch

Inside The Pirate Business: From Booty To Bonuses

Dressed in a black T-shirt and a Somali-style sarong, Sirat says the coast guard found no weapons. He insists he is innocent.

"I'm not a pirate," he declares in English. "Fishing. I fishing."

This is the mantra in the jails of Somaliland. People accused of piracy claim they are misunderstood fishermen.

There's just one problem with that defense.

When Sirat and his crew members were picked up in the Gulf of Aden, they had no nets, no fishing gear — just a global positioning system. Sirat struggles to explain.

"We didn't bring the equipment," he says. "First, we had to look for the fish."

From about a hundred miles away — that's how far Sirat lives from where he was picked up in the water.

Fighting Piracy With No Anti-Piracy Law

Sirat's story is laughable, but he's almost certain to walk, because it's hard to catch pirates in the act and the evidence against them is often painfully thin.

"Some of those captured pirates, when they are on the boat and they see the coast guard, they throw their guns in the sea," says Guleid Ahmed Jama, a Somaliland prosecutor.

Jama says there's another legal problem: Somaliland is working on an anti-piracy law but doesn't actually have one yet.

Somali piracy exploded several years ago. Criminals took advantage of the country's lawlessness and began attacking ships with a vengeance. Pirates now hold nearly 30 vessels and more than 600 hostages, according to RiskIntelligence, which monitors the problem.

Staying Alert In A High-Stakes Game

Osman Daud captains the Safina Al Ibrahimi, an Indian freighter docked at the Port of Berbera. Standing on the deck of the wooden dhow, Daud says sailing to Somaliland through the Gulf of Aden is perilous.

Nobody sleeps when we enter these waters. We're on a 24-hour lookout for pirates.

"I have 20 people on the boat," Daud says. "Nobody sleeps when we enter these waters. We're on a 24-hour lookout for pirates."

Daoud says he does everything he can to avoid them, including changing his route. He uses his radio to monitor reports of pirate attacks and to find out where foreign naval vessels are providing protection. Then, he plots his course accordingly.

Daud says he has been held up at sea and robbed of radios and cellphones.

"I've been boarded so many times, I can't remember," he says wearily.

But his boat, which carries everything from food and SUVs to brooms and TVs, has never been held for ransom.

Daud says that's because in the high-stakes game of Somali piracy — where multimillion-dollar ransoms are common — a small freighter like his just isn't worth it.

While naval warships try to protect the sea lanes, Somaliland's coast guard uses small patrol boats to monitor the waters closer to shore. The trouble is that there aren't nearly enough of them.

Somaliland is desperately poor and mostly made up of desert, scrub and camels. It has more than 500 miles of coastline, but only eight working coast guard vessels. 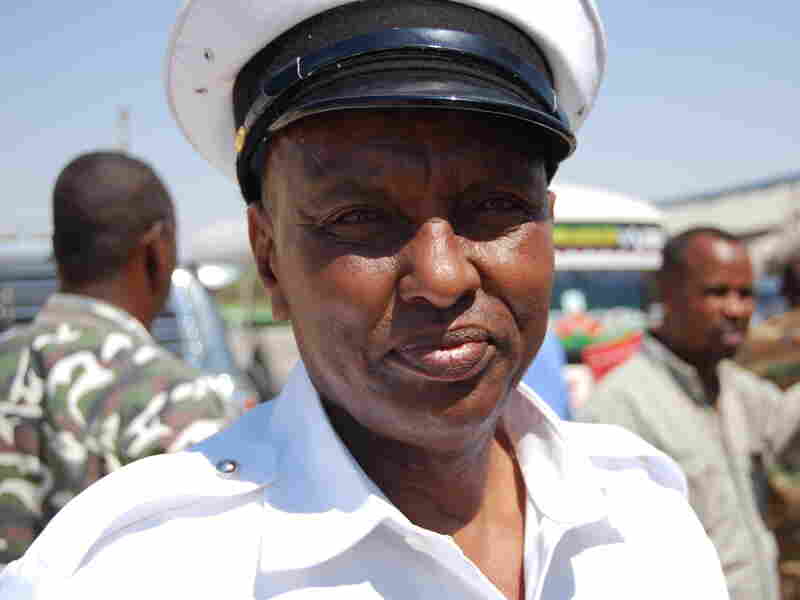 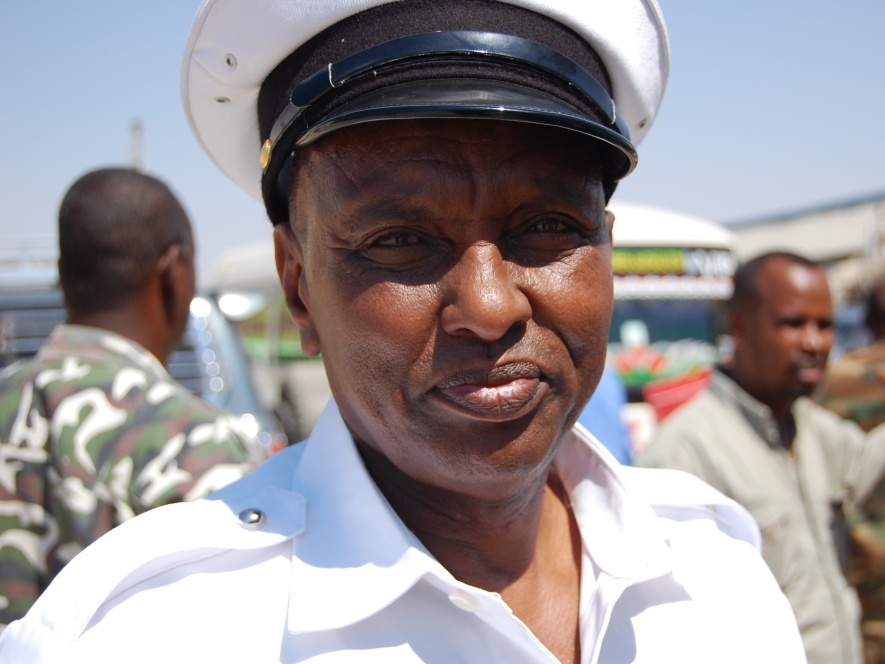 Perhaps. But even if Somaliland had enough boats to catch pirates, where would it put them all?

The prisons here are dreadful. The one in Berbera was built in 1884 during the Ottoman Empire and doesn't look like it has changed much since. Piles of garbage dot the prison yard. Prisoners reach out through rusted bars to complain about conditions, including a lack of food.

The United Nations is working to change this. Last year, it completed a new, $1.5 million prison in Hargeisa, Somaliland's capital. The prison has freshly painted walls, a medical clinic and the ability to handle more than 400 inmates.

Alan Cole, who runs the counter-piracy program for the U.N.'s program on drugs and crime, says the new prison is a big improvement over the old one.

Cole says in the old prison, inmates slept on rugs on the floor.

Where To Put The Pirates

The new prison is part of a strategy to help Somalia handle the pirate problem itself. Because the country has few effective institutions, most pirates are tried overseas.

"What we're looking to do in the longer term is to move the pirates back to Somalia," he says, "to serve their prison sentences there."

But the complexity of Somalia's politics is making that difficult. Somaliland is the best-governed part of the country, and it considers itself an independent state — even if nobody else does.

At a news conference, Somaliland's minister of justice, Ismail Aar, said his government refuses to take pirates from other parts of Somalia — much to the consternation of the U.N. 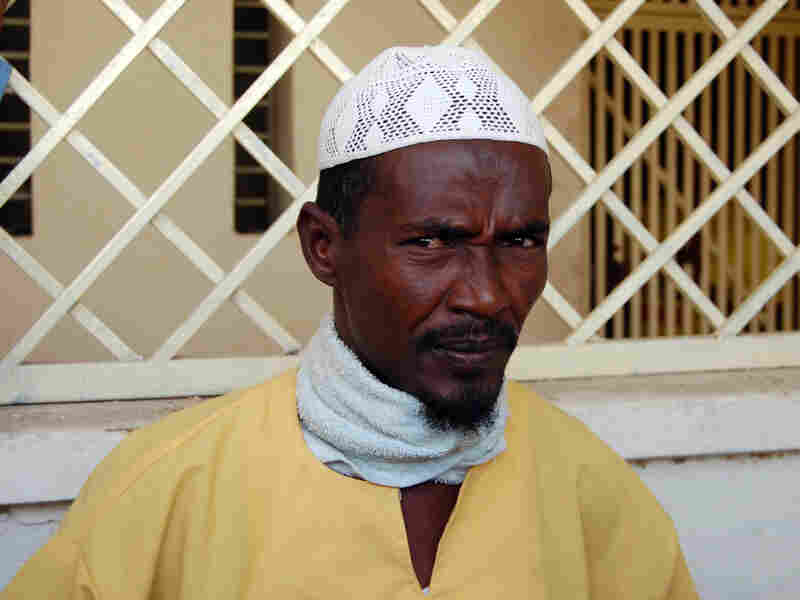 Farah Ismael Idle is a pirate serving his time in Somaliland's new prison in the capital, Hargeisa. Idle says when he gets out in three years, he is going to attack more ships. Frank Langfitt/NPR hide caption 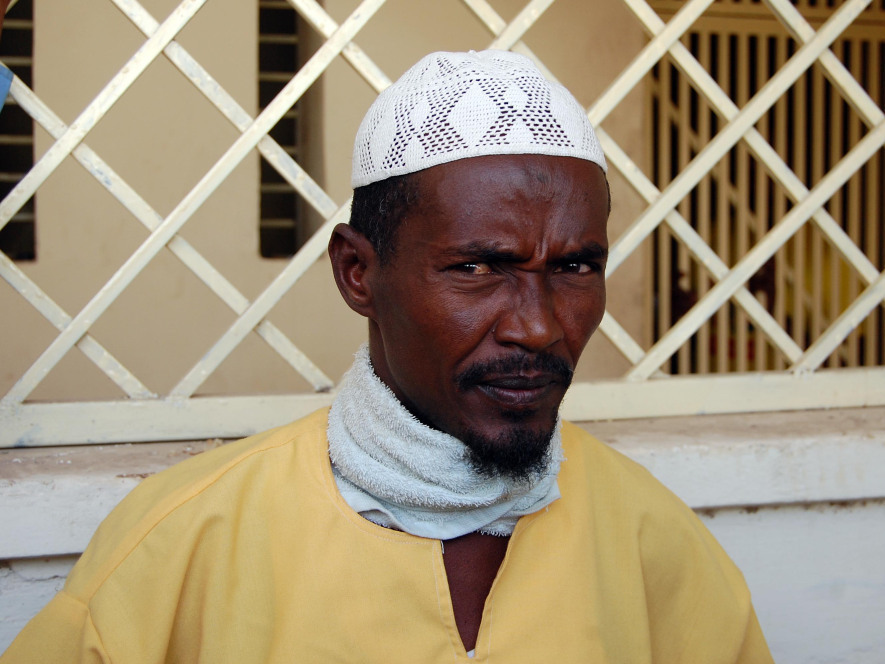 Farah Ismael Idle is a pirate serving his time in Somaliland's new prison in the capital, Hargeisa. Idle says when he gets out in three years, he is going to attack more ships.

"We accept all Somalilanders," Aar said, "but each country should receive its own pirates."

Imprisoned Pirate: 'I Will Go Back'

Farah Ismael Idle is one pirate Somaliland does claim. Unlike most inmates, Idle admits he's a pirate, though, he insists, not a very good one. Idle claims he tried to hijack three boats, but failed.

"I had a very small boat; it wasn't that fast," says Idle, who wears a yellow prison jumpsuit and a white skull cap. "It couldn't catch up with the big ships."

Idle says he used to work as a fisherman but turned to piracy four years ago after foreign trawlers decimated Somalia's fishing grounds. Then, in 2008, police arrested him as he was preparing to attack another ship.

"Some people who knew me told the coast guard," he says. "I was sleeping in my home when I was caught."

Chatting with foreign reporters, Idle fingers plastic prayer beads and alternates between magnetic smiles and steely glares. For someone who has already spent three years behind bars, he brims with self-confidence. As the warden listens, Idle says when he gets out, he'll return to piracy.

"I'm happy and I support the boys, particularly those who are going for the ships," Idle says. "The more the ships we get, the happier we are. I will go back myself."

With ransoms now topping $8 million and $9 million, it's easy to see the appeal, even for someone who claims he has never had a big score.

Farah Ismael Idle is scheduled for release in 2014.

Somaliland: A Land In Limbo April 15, 2011
Catching Pirates With A Kind Of Neighborhood Watch April 14, 2011
Somaliland Struggles In Effort To Fight Piracy April 13, 2011