Accessibility links
First Listen: Vivian Girls, 'Share The Joy' Share The Joy is a testament to how far the Brooklyn trio has come in three short years. Hear their latest album in full until its release on April 12. 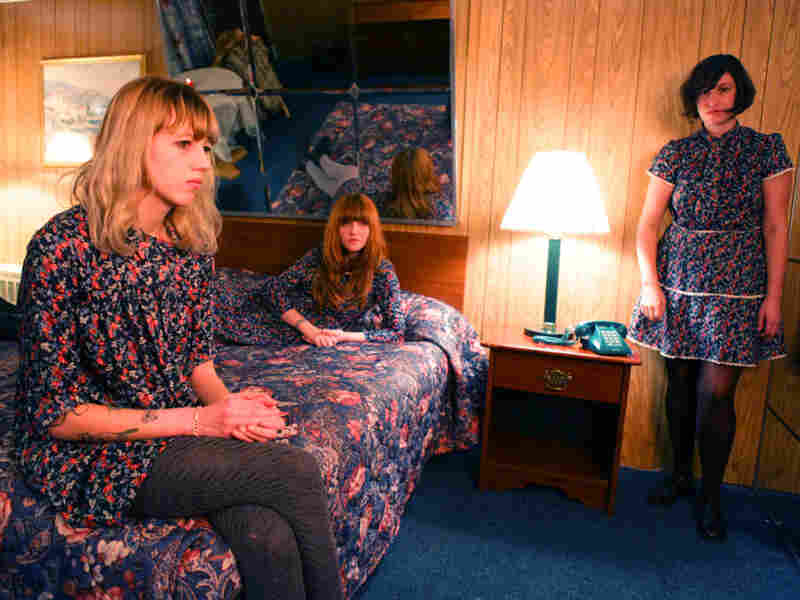 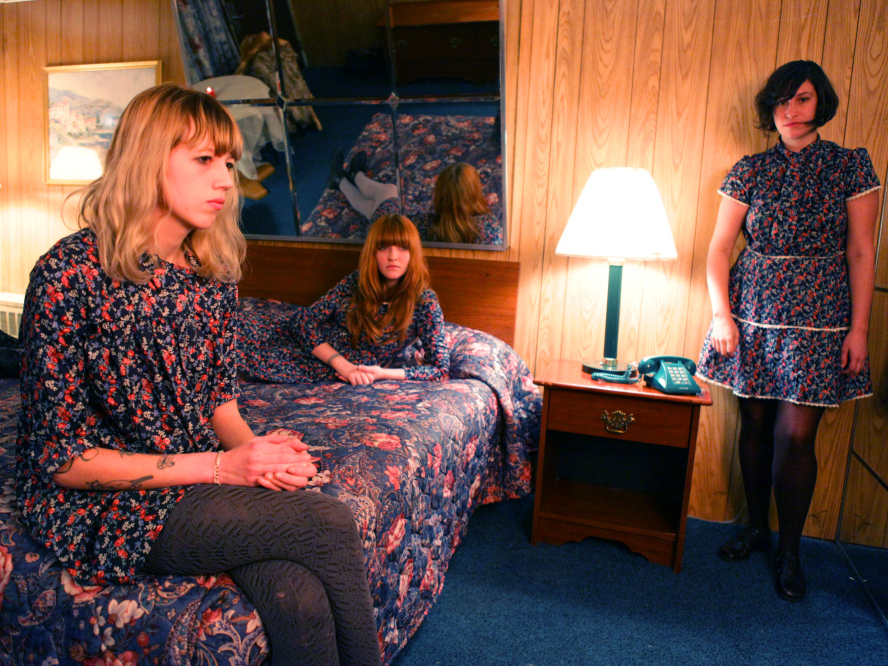 The first 18 seconds of Share The Joy, the third album from the Brooklyn trio Vivian Girls, sound similar to the group's first two records: the music is fast and loose and sounds like it was recorded through two tin cans and some string. Then the group throws a curveball. Slowing the song to a glacial pace, the band works around a steady bass line and guitar shuffle while adding layers of pianos and vocals with each passing verse.

The song's patient development is a testament to how far this band has come in three short years, with their sound slowly evolving from breakneck garage rock to a modern twist on sunny, '60s girl-group jangle-pop. If you asked anyone in 2008 whether the Vivian Girls would write a six-minute plus song, let alone two on one album, the answer would probably sit somewhere between "highly unlikely" and "absolutely not." Their 2008 self-titled debut and the 2009 follow-up Everything Goes Wrong weren't the longest of long players: the former clocked in at barely 21 minutes, while the latter's longest track was 4:21.

In its brief career, the band has been dogged by two main criticisms: "the singing's off key" and "they can't play their instruments." Share The Joy should put those complaints to rest. The playing is noticeably tighter here between guitarist Cassie Ramone, bassist Katy Goodman and new drummer Fiona Campbell, who joined when Ali Koehler left for Best Coast, gives the rhythm section new life. Ramone has also become a more confident singer — "I Heard You Say" and "Take It As It Comes" are two of her strongest vocal performances yet.

I'm hesitant to label this album a return to form; I'm of the very small group of people who thought Everything Goes Wrong was better than the band's debut. But Share The Joy is much more defined and developed than previous Vivian Girls albums, and finds the group expanding upon what made them memorable in the first place.

Share The Joy will stream here until its release on April 12. Please leave your thoughts on the album in the comments section below.