Accessibility links
First Listen: Red Fang, 'Murder The Mountains' No one can accuse Portland's Red Fang of an image do-over, but the band's second album, Murder the Mountains, is certainly a sleeker style of riff-heavy metal and the better for it. 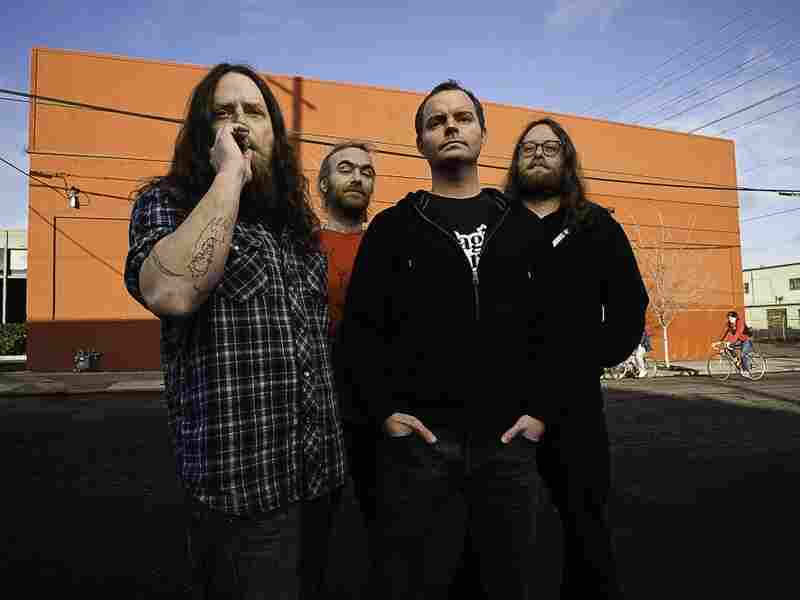 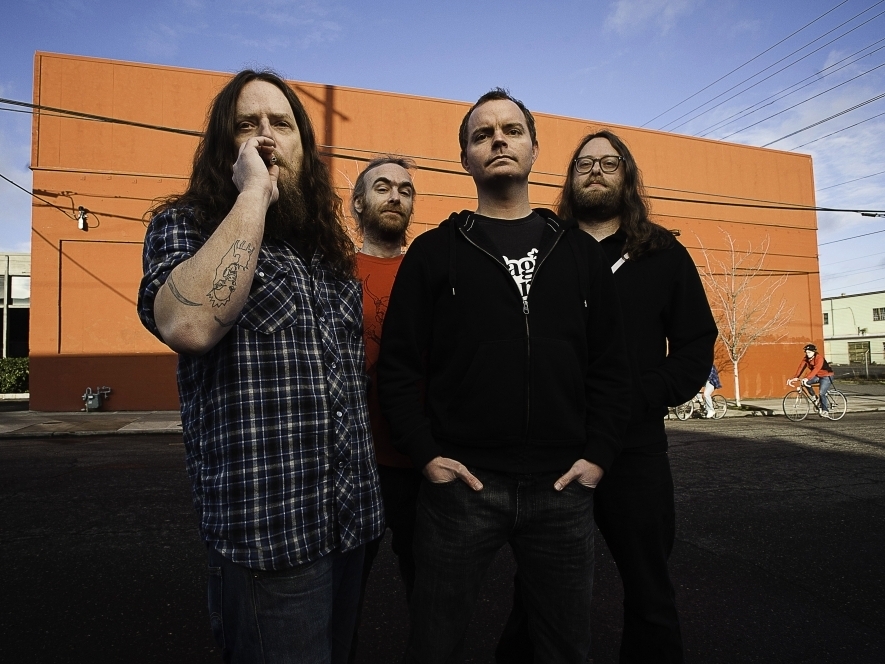 Red Fang's Murder the Mountains will be released on April 12 on Relapse Records.

Audio for this feature is no loner available.

In the sometimes insular world of metal, the uglier, the rawer, the lo-fi-er, the better. And once a band trades in its rough-around-the-edges songwriting for a straightforward approach and some pro studio time, fans often cry foul. Occasionally, the outcry is warranted: A once-raw-as-hell outfit turns coiffed overnight. No one can accuse Portland's Red Fang of an image do-over (the quartet's "f--- fashion" attitude takes care of that), but the band's second album, Murder the Mountains, is certainly a sleeker style of riff-heavy metal and the better for it.

Murder the Mountains maintains the buzzing punk-riddled Melvins stoner-metal that made Red Fang's self-titled debut intriguing, but one-ups it in terms of production by The Decemberists' Chris Funk, of all people. There are less acerbic headbangers like the previous album's "Prehistoric Dog" (don't miss its excellent shotgunning, LARP-fighting music video) and more snake-like riff-as-hook Queens of the Stone Age crooning rockers like "Wires," "Hank is Dead" and "Number Thirteen." But for those seeking the nasty low-end, the appropriately titled "Throw Up" is your new Friday night anthem, and album opener "Malverde" straddles the sleek and the sludge with heavy psychedelic dueling guitars battling on the very mountain Red Fang wants to murder.

Murder the Mountains will stream here in its entirety until its release on April 12. Please leave your thoughts on the album in the comments section below.