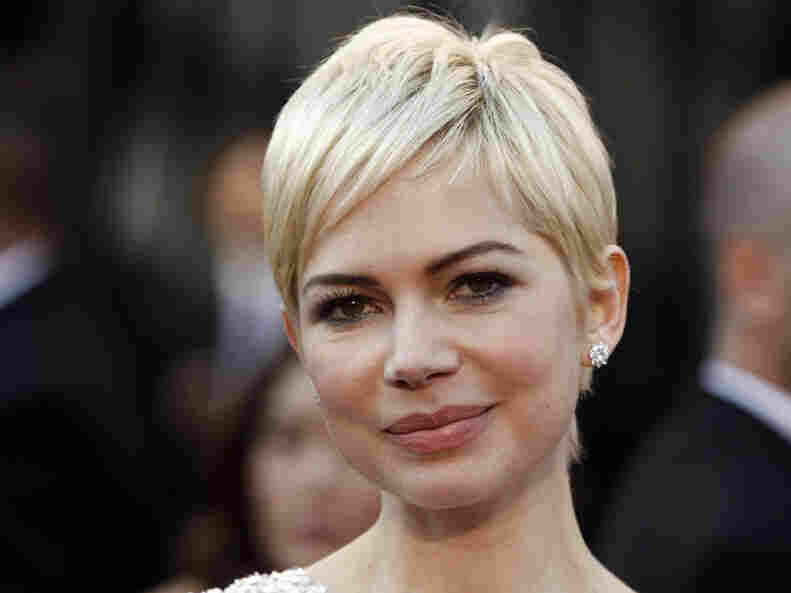 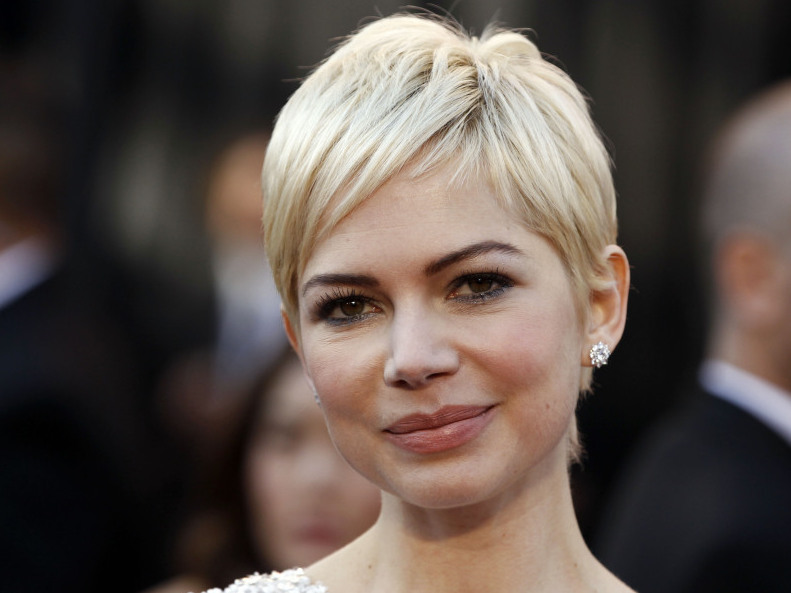 Actress Michelle Williams was recently nominated for an Academy Award for her performance in Blue Valentine. In Meek's Cutoff, she plays a bold settler named Emily Tetherow.

Kelly Reichardt's frontier drama Meek's Cutoff opens in the year 1845, on the wide-open plains of Oregon, where a wagon team of three families has set out on a journey along the Oregon Trail. After their guide, a suspicious man named Stephen Meek, tells them about a shortcut across the Oregon desert, the settlers, led by Michelle Williams and Paul Dano, become lost.

Reichardt and Williams join Fresh Air's Terry Gross for a discussion about the film, a dusty Western with long, sweeping shots of the landscape and virtually no dialogue. Reichardt, known for her naturalistic films, says she deliberately stripped the film of excess to focus on the settlers' heightened sensations of time and space in the desert.

"After reading journals [from real settlers making their way across the Oregon Trail] about this whole idea of space and time, I realized that it's just completely different," she says. "There's a trancelike quality about the journey that I haven't really experienced in tales of going West."

Before filming began, Reichardt set up a pioneer camp in order for her actors to become comfortable around everyday 19th-century chores. 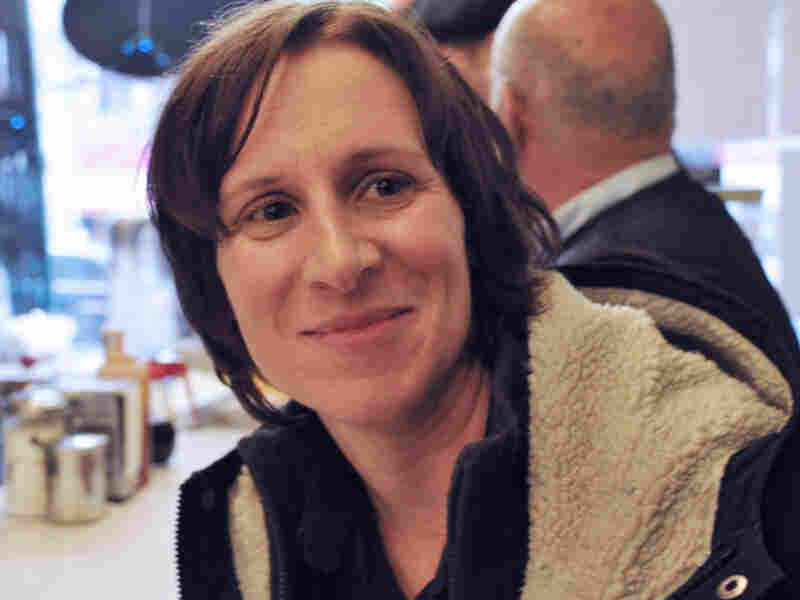 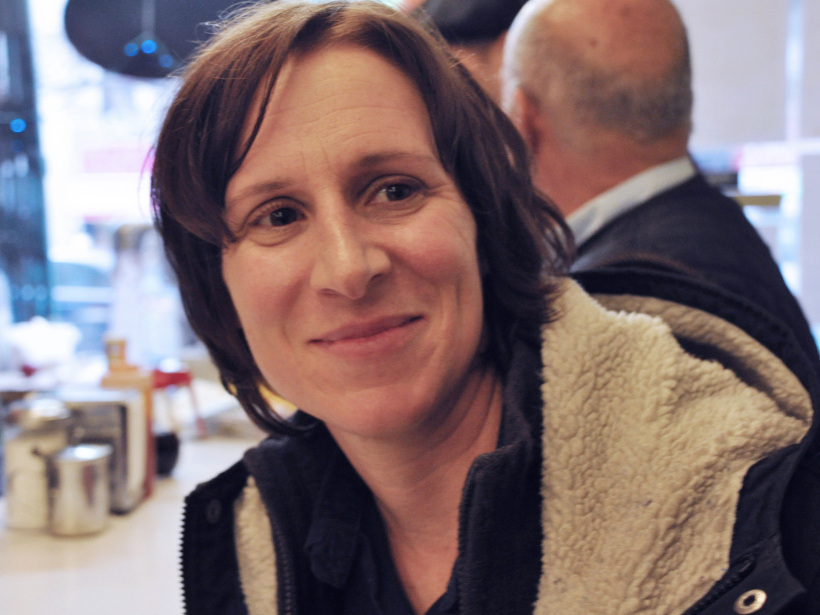 Kelly Reichardt (above) and Michelle Williams previously collaborated on the film Wendy and Lucy.

One of those simple tasks was learning how to wear a bonnet, which extended a foot on either side of her head and cut off her peripheral vision. The idea of the bonnet — and of cutting off space — was also the main reason Reichardt says she chose to shoot Meek's Cutoff in a 4:3 aspect ratio — rather than a wider perspective.

"I felt like the square [aspect ratio] gave you an idea of the closed view that the women have because of their bonnets," Reichardt says. "You'd be traveling in this big community where you'd never have privacy. But also, it's a really lonely journey. And I think cutting out the peripheral, it does leave you with the idea that something could be there that you don't know about — and so it offers that kind of tension."

'Meek's Cutoff': An Old West, Captured For A New Era

On her improvisational acting opposite Ryan Gosling in Blue Valentine

"I think with that kind of improvisation, the camera's there to catch it, which is why when we were working the way we were working, we never worked on the script. We never explored the scenes or the beats or talked about what it was about or what it meant. All of our world circled around it, like a line around its prey, waiting to pounce. Because you only have to get that right once — and when the camera is on, ideally."

On working on Blue Valentine

"It felt like such a rare opportunity and one that ... I know I'll probably never have again. ... I have dreamed [of] working [that way] since I was a kid because it was such a throwback. When I read all of those biographies of Marlon Brando and James Dean and this idea of the method, it was so alluring to me and it really got a hold of the 13-year-old me. So I'd had a longtime desire to experiment with that way of working, and this fulfilled it."

"I think that's the most dangerous part [of the business] and why it's something I wouldn't want for my own daughter, family or friends, because that rejection really leaves its mark on you."

On getting a GED when she was 15

"I feel like I missed out on a good education, but it's a trade-off. The plus is that then afforded me 6.5 years of practice, of work and acting class, being on Dawson's Creek and being able to experiment and say, 'Am I better when I know all of my lines, and I've really known them?' or 'Am I better when I'm kind of off-balance a little bit because I'm tired?' It's that Malcolm Gladwell thing of 10,000 hours [to achieve proficiency in a subject]. I definitely have 10,000 hours in front of a camera, thanks to that show. So I got a different kind of education, but I do find myself — now I'm 30 — feeling frustrated with the limitations of my own mind."

On legally emancipating herself from her parents at age 15

"It was done for work. There was a notion that it makes you more appealing because you don't have to pay for a teacher or guardian on set, and you can work the same number of hours as an adult. ... It got me Dawson's Creek. All the other kids were 18, and I was 16 when I got the show. And I don't think I would have been hired had I been a minor. But there's obviously a lot of danger in that — a kid on their own on a film set [which are] very adult places."