Accessibility links
A Look In The Eye Reveals Killer Habits Of Dinosaurs By measuring the shape and size of the bones in dinosaur and reptile eye sockets, scientists say they've determined which animals hunted by night. Flying pterosaurs were largely day-living, while velociraptors stalked their prey by night. 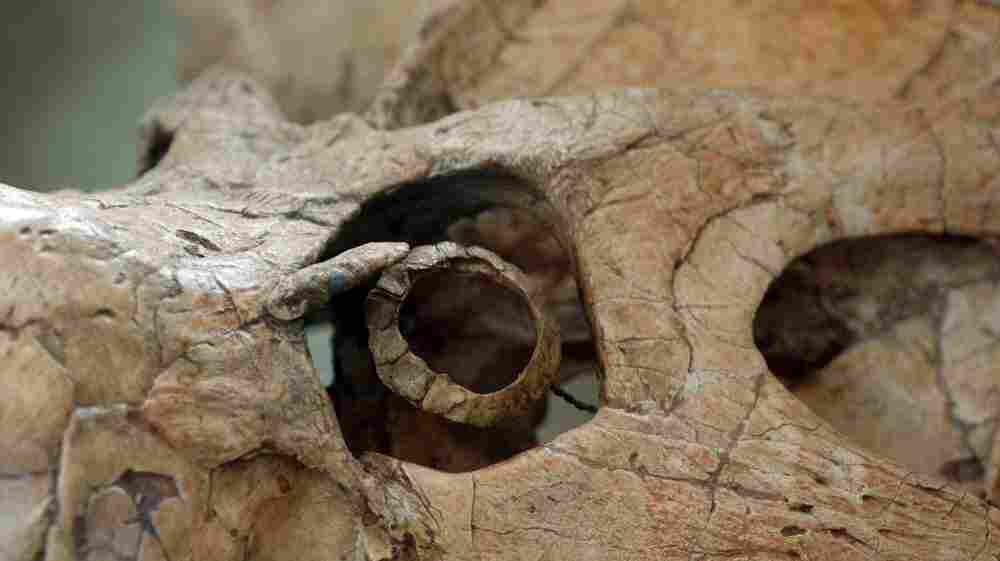 This plant-eating dinosaur, Protoceratops andrewsi, was active day and night, like many other herbivorous dinosaurs. Researchers used measurements from the animal's eye socket to determine when it was most active. Courtesy Lars Schmitz hide caption

Velociraptors, those clever carnivores that hunted in packs in the Jurassic Park films, may actually have been night hunters.

That's the conclusion of scientists who have studied the bones of dinosaurs, reptiles and early flying creatures that lived tens of millions of years ago. In particular, they examined the eye sockets, which the scientists say reveal a great deal about what kind of vision those extinct animals had. 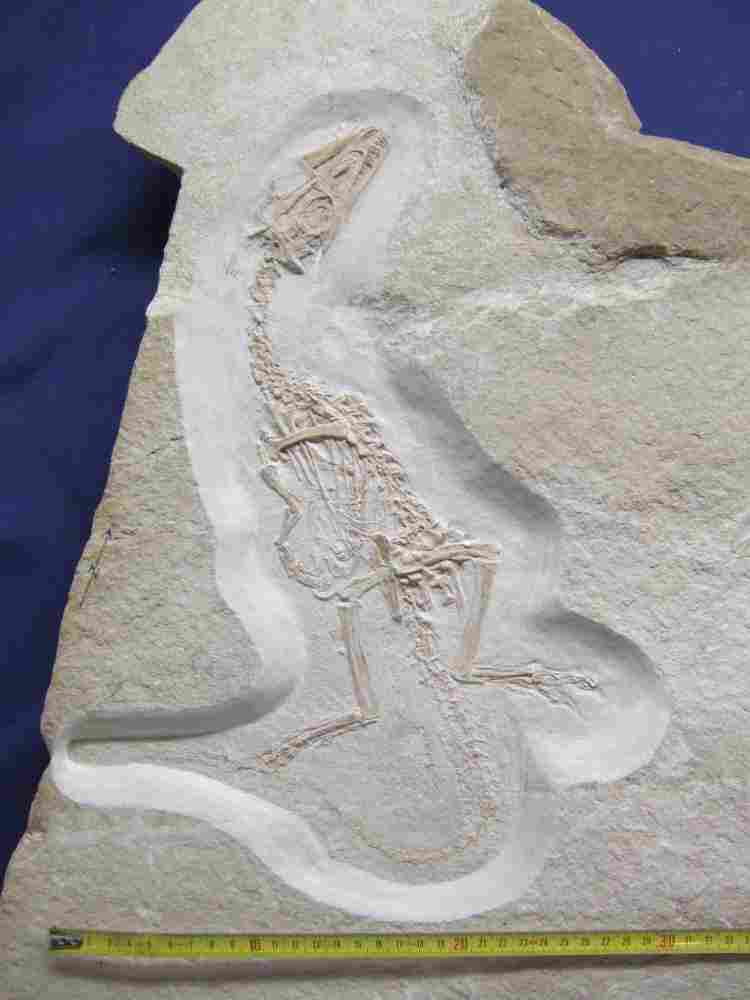 This small carnivore, Juravenator starki, which measures about a foot long, was nocturnal. Image courtesy of Lars Schmitz] hide caption 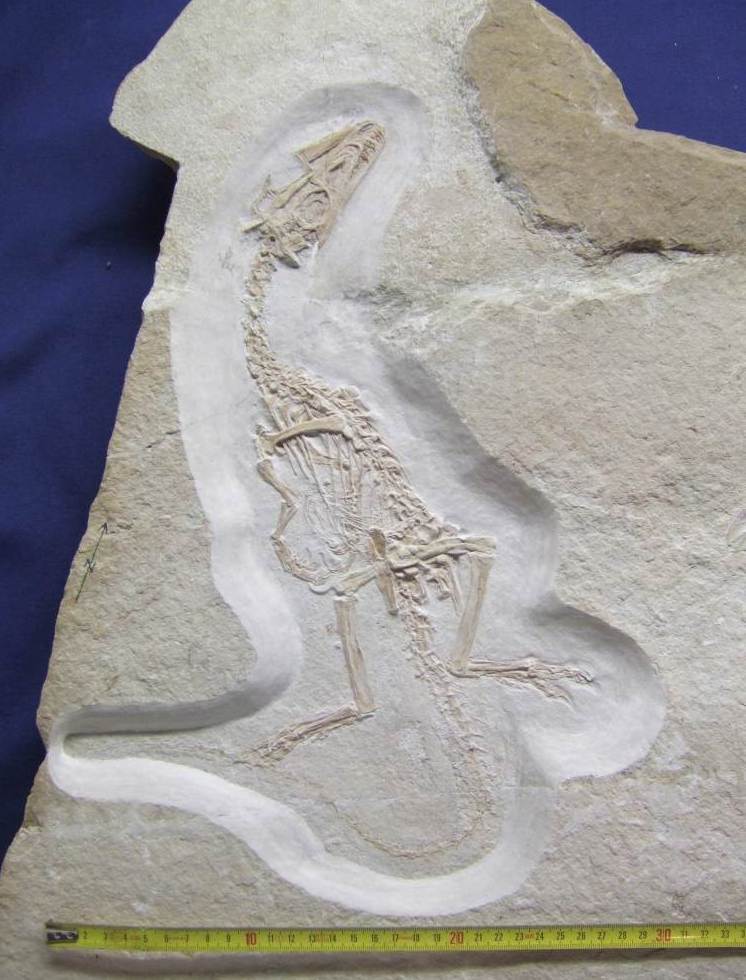 This small carnivore, Juravenator starki, which measures about a foot long, was nocturnal.

Researchers from the University of California, Davis, relied on a feature of the eye socket called the scleral ring. In many animals, the scleral ring consists of bony plates that support the sclera, or the exterior white of the eye. The researchers examined the scleral rings of more than 160 living species, including birds and reptiles, each with known activity patterns — some that are active at night, others during the day and still others that can swing either way.

The scientists discerned a pattern in the ring: Day-active, or diurnal, animals have a small opening in the middle of the ring. Nighttime animals have a larger opening, presumably to let more light in. Animals active both day and night have a midsize opening.

When the team then looked at the fossil bones of 33 types of dinosaur, reptile and early bird-like creatures from the Mesozoic Era, which ended about 65 million years ago, they found similar differences. They concluded that flying animals like pterosaurs and early birds were largely day-living; the big herbivores were mostly day and night living, presumably because they had to spend a lot of time eating; and the velociraptors they studied had the eyes of night-dwellers.

"It was a surprise, but it makes sense," says Ryosuke Motani, a geologist at UC Davis who led the study. Motani says different species of animals split up the day and night to maximize their chances of getting what they needed to eat and avoiding being eaten.

He says the research, which appears in the journal Science, also upsets the conventional wisdom that the first small mammals were active at night to avoid the big dinosaurs and reptilian predators that hunted by day.

Instead, it was body size, diet and the environment in which each species lived that determined whether they were day-trippers, night owls or something in between.