Accessibility links
'Atlas Shrugged' Movie And The Rampant Rise Of Ayn Rand-O-Mania When Atlas Shrugged: Part 1 opens on April 15, will it become the movie manifesto of America's Tea Party? Some conservatives see the film version of Rand's epic 1957 novel as a glitzy opportunity to spread the party's tenets of lower taxes and smaller government.

The Rampant Rise Of Ayn Rand-O-Mania

The Rampant Rise Of Ayn Rand-O-Mania 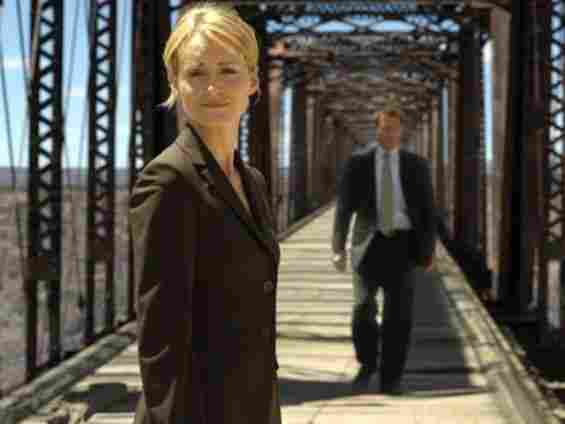 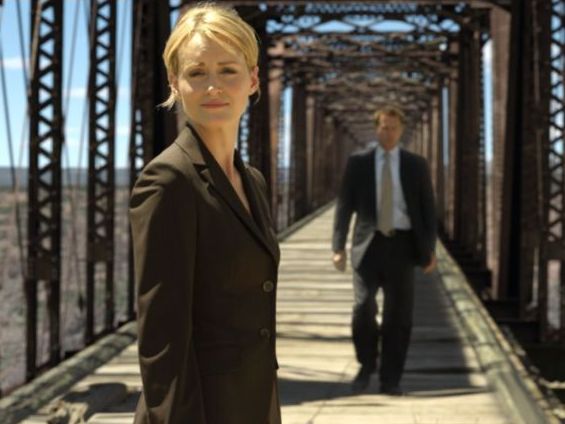 Every once in a while, a movie comes along that captures a slice of the zeitgeist. Could Atlas Shrugged: Part 1 — due to be released on April 15 — be that kind of film?

In the way that Rebel Without a Cause in the 1950s or Wall Street in the 1980s spoke to a certain time and displacement in American history, will the Hollywood depiction of Ayn Rand's 1957 novel serve as some sort of easy-to-read cultural thermometer? Will the film flop or will it become the movie manifesto of America's nascent Tea Party?

The folks at the Ayn Rand Institute in Irvine, Calif., certainly believe there are similarities between the rise of the Tea Party and Rand's philosophy of pro-capitalism and rational self-interest — expressed through Atlas Shrugged and its protagonist John Galt.

As Yaron Brook, the institute's executive director, puts it: "People are responding with alarm at parallels between Atlas Shrugged and the rampant growth of government power today."

Interest in Rand and her philosophy is on the upswing. Since the 2008 presidential election, according to Brook, the novel Atlas Shrugged has sold more than 1 million copies, far more than in any similar period in the book's 54-year history.

And now comes the film, for those who have been waiting for the movie. They have had to wait a long time. For various reasons, wrestling the 1,000-plus pages of Atlas Shrugged onto the silver screen has taken more than 50 years.

It's a complex story of a country in economic tatters. Federal lawmakers and policy crafters are crushing the entrepreneurial spirit. Industrial titans are giving up their businesses and disappearing into obscurity.

The similarities between the world Rand describes in Atlas Shrugged and contemporary America "are striking" and explain the rise of the Tea Party, according to a video by the Ayn Rand Institute. "In Atlas we see a world crumbling under the weight of government interventions and regulations. The economy has ground to a halt. Each day more and more businesses are shutting their doors. The government blames greed and the free market, and frantically imposes further controls. But the crisis only deepens. Sound familiar?"

It does to some conservatives. They see the movie as a glitzy opportunity to spread the Tea Party tenets of lower taxes and smaller government. At a special screening last month at the Heritage Foundation, co-producer Harmon Kaslow told National Journal that the movie is an "excellent vehicle" for libertarian conservatives to use to broaden their base. "They subscribe to the philosophy of the book and believe in the writing of Ayn Rand and her view of individual liberty," he said.

The Washington-based FreedomWorks — a Tea Party-friendly organization founded by former House Majority Leader Dick Armey — is imploring its followers to demand that the movie be shown in more and more theaters. And it offers its networking page "to form Atlas Shrugged viewing parties."

Others are anticipating the film — and its cultural effects — as well. "I am looking forward to the movie for several reasons," says Jennifer Burns, a history professor at the University of Virginia and author of Goddess of the Market: Ayn Rand and the American Right. "First is that I never believed I would see this day come — in my research I read countless news stories from 20 and 30 years ago talking about plans for the movie, and I was very skeptical it would happen this time."

Burns says the movie is an important step forward in how Rand is remembered and understood by the wider culture. Atlas Shrugged: Part 1 seems to be a "pro-Rand" film, Burns says, that is "genuinely trying to capture her spirit and ideas, but it is nonetheless an interpretation of her work. Rand has influenced generations of readers, but until now, her work has not inspired a large body of criticism or interpretation, so I think this is a healthy development that both her critics and admirers can applaud."

Roger Nutt, a member of the Spartanburg County Council from Moore, S.C., says he is excited about seeing Atlas Shrugged when it comes out. He heard about the movie at a local Tea Party meeting. "I have looked over the trailer," Nutt says, "and the premise of society/government demonizing the capitalists without regard for their contribution to the community/nation certainly rings true in my view. I believe that when government gets involved with 'big business' and then picks winners and losers, that it is a recipe for disaster, as we have certainly seen over the last several years." 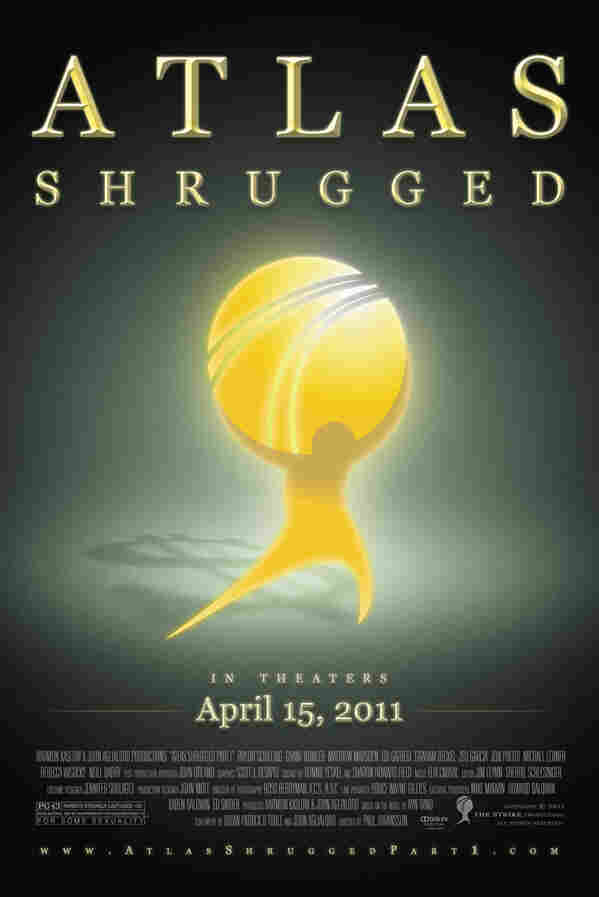 Movie rights to Atlas Shrugged are owned by John Aglialoro, who is a fitness equipment mogul and winner of the 2004 U.S. Poker Championship. Last year he and co-producer Kaslow were driven by more than one reason to make the first installment of the planned trilogy. "Not only is the time right — for example, the message of the book is relevant to what's happening in the news right now — but if John Aglialoro did not start principal photography by mid-June 2010, the rights would have reverted back to Ayn Rand's estate," Kaslow says.

The movie was written and directed by Paul Johansson, an actor mostly known for TV work.

Brook of the Ayn Rand Institute, who has already seen the movie, says it mostly focuses on the political subplot of Rand's novel. He hopes that when people see the film, they will be driven to read the book. "The novel's scope is panoramic — encompassing morality, the role of rationality in life, the nature of sex, what moves an economy," Brook says.

Burns of the University of Virginia says the movie will be great publicity for the novel. "I think it's also going to make clear that Rand, as I have written, is still the 'gateway drug' to the American right."

The movie is being marketed not just as a film, Burns says, but as a political event. "Even the globe that Atlas is holding on the poster looks suspiciously like Obama's campaign logo."

Burns says: "I think the movie is going to reinforce that Rand is not just a novelist, but a propagandist." And the film "will provide a clear window into the ideas and ideals that are motivating a segment of today's political right. As such, I think it will be eye-opening for viewers from all parts of the political spectrum."

Rand's dystopian tale taps into the fears of conservative Americans about government spending, deficits and the social priorities of a Democratic president like Obama, Burns says. "On the one hand, Rand's popularity points to the vigor and growth of the American right, particularly as seen in the Tea Party. On the other hand, it points to a certain intellectual weakness amid the conservative movement, given that their leading intellectual is a novelist who has been dead for almost 30 years."