Accessibility links
Colin Stetson: Horn Of Plenty The bass saxophone player practices circular breathing, a technique that allows for long, uninterrupted streams of music. He uses it to experimental, atmospheric effect on his new album. 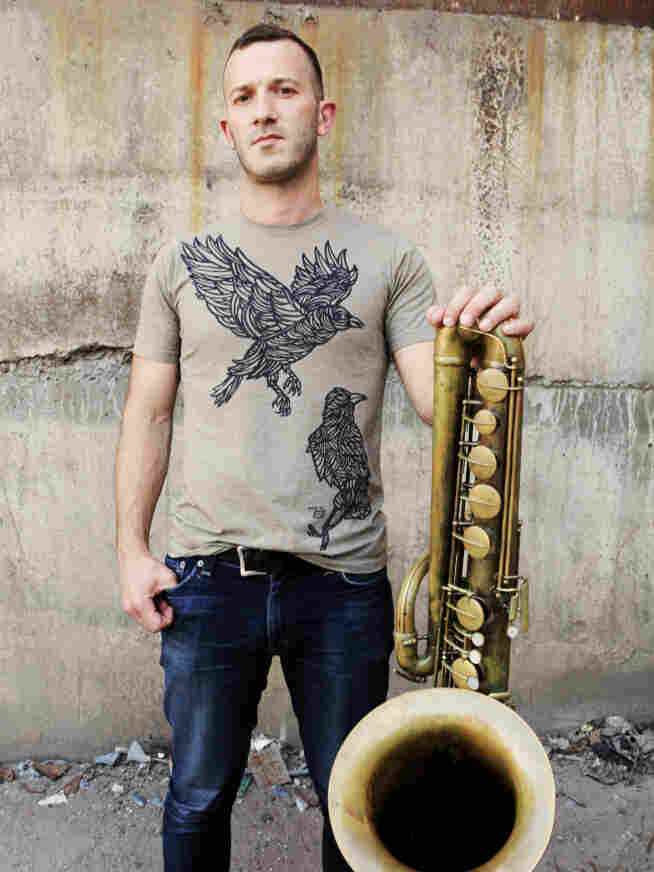 Colin Stetson takes the bass saxophone to an experimental, atmospheric place on his new album. Courtesy of the artist hide caption 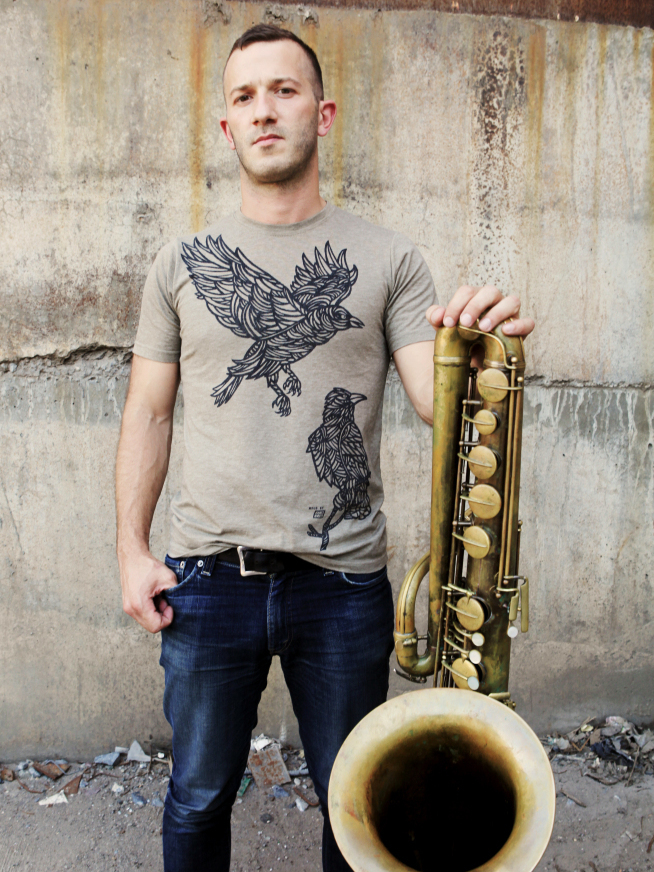 Colin Stetson takes the bass saxophone to an experimental, atmospheric place on his new album.

The sound that begins Colin Stetson's newest album is like a massive oil tanker listing into jagged rock, tearing away at the hull. In fact, it's merely Stetson's chosen instrument, the bass saxophone — and from those earliest notes, you realize the sheer power of the horn in the hands of a master.

"It's a beautiful, strangely fragile instrument — and capable of much, much power," Stetson tells Weekend All Things Considered guest host Noah Adams. Stetson acquired his saxophone about six years ago, but it's more than a century old.

"Back then, especially, they were made of soft metal," he says. "The mechanics of it are stretched out over a huge body, so any little ding, push, pull can set everything awry. It really relies on having perfect equilibrium."

There's a lonely feeling to the new album — titled New History Warfare, Volume Two: Judges — that can scare you if you listen at night with headphones. Stetson says that's not an accident.

"Overall, I'm just dealing with this theme of isolation — specifically, the kind of pendulum swing within that, between fear and transcendence," he says. "If I've come across correctly, then you're right to be afraid."

Stetson's sound is unique and not just because the bass saxophone is such a rare beast. Though he's a solo performer, he used many microphones simultaneously when recording the album (up to 24 on some tracks). Some were placed inside the instrument or applied to its surface; others were scattered about the room. One special microphone was attached to Stetson's throat, which accounts for the guttural wails that can be heard on certain pieces, the sound of which he likens to "screaming into a pillow."

Stetson also practices "circular breathing" — that is, he takes in a breath through his nose at the same time he exhales through his mouth, creating an uninterrupted stream of music. He first learned the technique when he was 15, and says he couldn't tell you now just how he mastered it.

"I don't even remember anymore. It was just one of things where you initially couldn't do it and then you could, like riding a bike," he says. "Eventually your brain just figures out how to do it and your body follows along."

Though Stetson doesn't need to stop playing in order to breathe, his breaths are audible all over the album — carefully placed in time with the horn's rhythms, working as a percussion instrument in its own right.

"Everything that I do is intended to be the music," he says. "The breathing is all part of that."