Accessibility links
Appalachian History Boxed Up In Shuttered Museum The Appalachian Cultural Museum, once housed at Appalachian State University, closed its doors for good this spring. As its collection is dispersed, many hope the museum's mission will survive. 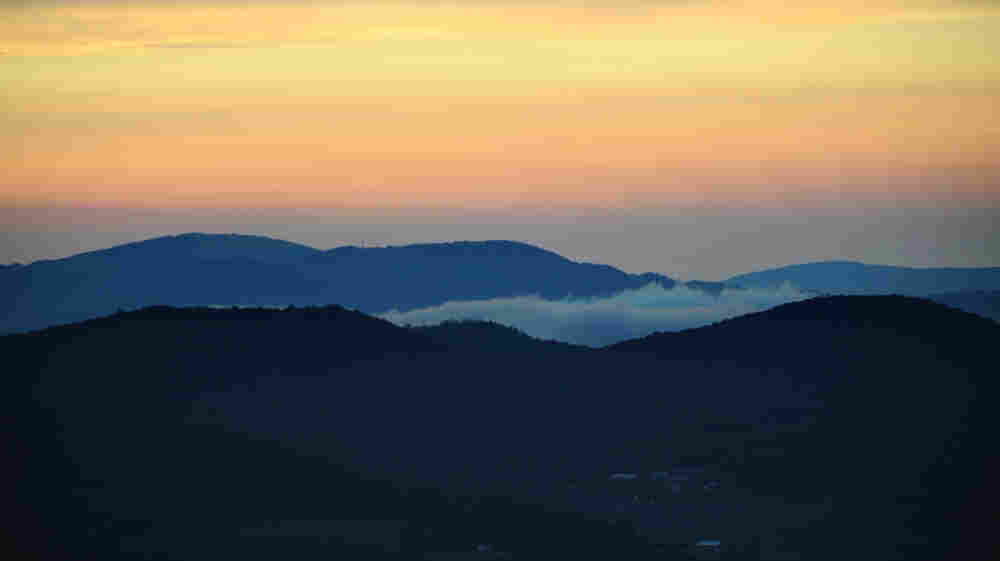 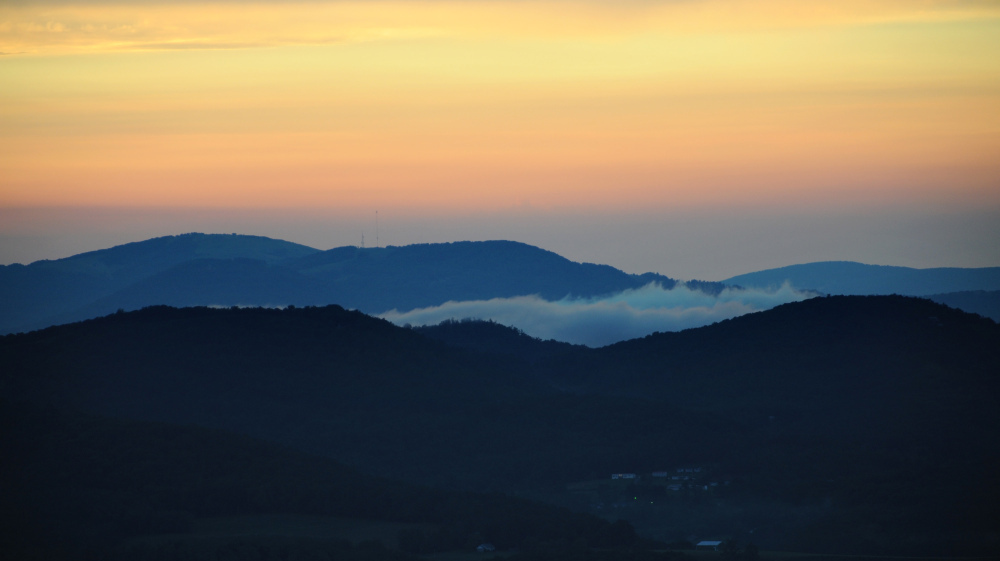 Sunrise from the Blue Ridge Parkway in Laurel Springs, N.C.

A couple of weeks ago, I drove to the mountains of North Carolina, far up into the northwest corner of the state. I wanted to talk with some people about a museum, closed now, never to reopen.

My first stop was an overlook more than 3,000 feet high. Deep valleys rolled below. Charles Watkins, director of the now-defunct Appalachian Cultural Museum, met me there, overlooking the hills.

"You can understand how people would have looked at that and said, 'Oh, what an ocean of mountains,'" he said. "I imagine if you squint you could see the 18th century."

Back then, the settlers of this region — mostly Scotch-Irish — came though these mountains. Some pushed on into Tennessee and eastern Kentucky. The Appalachian Cultural Museum was set up to tell the story of the ones who stopped and stayed.

You'll find their descendants on the campus of Appalachian State University, in the small town of Boone.

From Students, An Appreciation Of Their History

Today the contents of the museum are packed up in boxes and crates, hidden away behind a chain-link fence, on the lonely top floor of a building on Appalachian State University's campus.

The museum was originally closed five years ago with the intent to reopen later, but this spring, the school announced it was changing its plans and the museum would remain closed permanently.

The university says it can no longer afford the money and space the museum requires. State aid has been cut, it says, and with 17,000 students on campus, real estate is getting tighter each year.

But the students I met there said there should be a museum to help people learn about this part of Appalachia.

Nicole Diggins was aware of the budget problems. "But it is still unfortunate," she said.

"They should find a place on campus for it," said Adrian Stefan, another student.

"I initially started school at University of Nebraska, where they actually had a museum," he said. "They had something called an 'Elephant Hall,' where they had several full-size mammoths. I frequented it two, three, four times a month."

The Fate Of A Museum And The Future Of A School

"There are a lot of people who gave things to the collection that say, 'No, I didn't give it to be scattered, I gave it to the museum,'" Betty Bond told me. She's a former history professor at Appalachian State, and did some volunteer work at the museum after she retired.

For example, she says, a good friend called, asking after a cherry cradle crafted by her grandfather. The cradle once held dolls in the museum's gift shop. Her friend wanted the cradle back.

Bond is confident all items loaned to the museum will find their way home. She's more concerned about what might be happening to the university she's worked for and loved as it grows into a new century.

She worries the reason the school chose to close the museum is "because it doesn't rhyme with football." The school, however, says it's not a matter of prizing athletics over history.

School communication director Jeff Lowrance says it's the combination of shrinking state funds and a growing student population that "led this university to decide that we really need to focus on our core mission — and that's teaching students through our academic programs."

When it was still open, the Appalachian Cultural Museum wanted to highlight how people in this part of North Carolina made a living. The leading industry in these parts has long been tourism, and that's why the Land of Oz, a theme park that once thrived on nearby Beech Mountain, was featured at the museum.

Associate Dean Neva Specht showed me a pair of red-and-white striped legs with black buckle shoes — the remains of a crushed Wicked Witch of the West.

Not far away sat an old moonshine still. Illegal whiskey was another big money-maker. "Lots of people are always interested in that piece," Specht said.

As it turns out, some of the guys who drove the whiskey in the prohibition era went on to become NASCAR racers — including Junior Johnson, who donated two of his cars to the museum.

Other relics include an old piano from a camp for boys run by Vera Lachmann, who taught classics at Brooklyn College.

The camp, Specht said, started off as a place for young Jewish kids who came to the U.S. during World War II. "Their parents would send them down to escape the city," she said, to busy their minds with art and Shakespeare. "And every night, Lachmann would read either the Odyssey or the Iliad."

Specht is leading a committee to distribute the museum's collection. The loaned items, she says, will go back to their rightful owners. Junior Johnson came and got his stock cars. Otherwise, a lot of people seem to want to find out what's there and what they can have.

"We have so many," she said. "I had a call from a museum in Gaston County who said, 'What can we do to help you?'"

That extra support leaves Specht hopeful the museum's mission won't be lost for good. Much of the Appalachian State material will stay on campus, including the collection people speak of as a treasure: more than 50 self-portraits done by local artists.

"This is an opportunity to make new partnerships, to find new places on campus that can be used, and really have a renewal for what we do for Appalachian culture," she said.