Accessibility links
Big Swing: Robot Sportswriter Outperforms Human When University of Virginia baseball player Will Roberts pitched a perfect game this spring, his feat was covered by two kinds of writers — one human and one electronic. Of the two, the sports website Deadspin determined that the computer better captured the essence of the game. 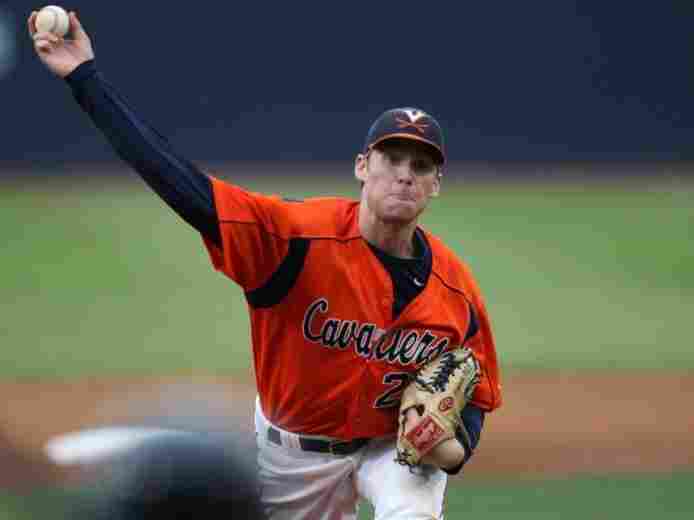 University of Virginia baseball player Will Roberts pitched a perfect game this spring. The sports website Deadspin determined that coverage by a news-generating software program better captured the essence of the game than a human-authored account. Jim Daves/UVA Media Relations hide caption 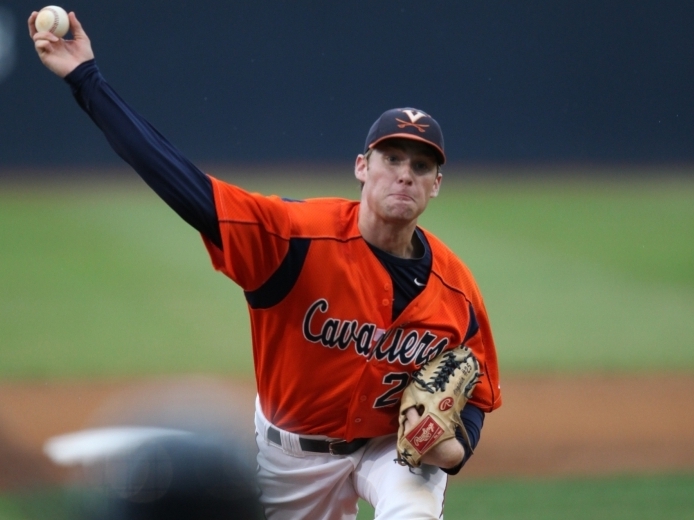 University of Virginia baseball player Will Roberts pitched a perfect game this spring. The sports website Deadspin determined that coverage by a news-generating software program better captured the essence of the game than a human-authored account.

A while back, All Things Considered brought you the story of a breakthrough technology: the robot journalist.

Okay, so it's not really a robot. It's actually a software program. You feed it data, it processes that data, and it spits out a news story putting those numbers you gave it into context — just like you'd see in your local newspaper.

In the beginning, it was used exclusively for sports stories and a lot of people were skeptical — namely, real-life sports journalists.

"I always imagine kind of the robot you imagined in the third grade with the boxy body and the antenna arms, standing in front of a keyboard," says Emma Carmichael, a writer for the sports website Deadspin.

She and her colleagues at Deadspin took a few digs at the idea, and this spring, when they came across a particularly bad account of a baseball game on the official George Washington University athletics website, GWSports.com, they assumed it was machine-generated.

The University of Virginia's Will Roberts had pitched a perfect game against George Washington. The story on GWSports.com neglected to mention that fact until the second to last paragraph.

"That was shocking," Carmichael says. "This was the first time this had happened in the NCAA since 2002. And when it happens, you expect to see it in the headline and you expect to see everyone talking about that aspect of the game."

The writer of that story — it turns out — was a living, breathing human being. But the creators of Narrative Science, a news-writing software program, took Deadspin's assumption as fighting words. They set out to prove that their system could produce a better story.

"We actually got hold of the information director of the school, we got the raw material, the numbers around the story," said Kris Hammond, chief technology officer of Narrative Science. "And we fed it to our system, which wrote the story, where the headline and the lead were focused on the fact that it was a no-hitter. Because how could you write a baseball story and not notice that it was a no hitter? I mean what kind of writer or machine would you be?"

And, here's the machine-generated copy Narrative Science sent in to Deadspin:

Tuesday was a great day for W. Roberts, as the junior pitcher threw a perfect game to carry Virginia to a 2-0 victory over George Washington at Davenport Field.

Twenty-seven Colonials came to the plate and the Virginia pitcher vanquished them all, pitching a perfect game. He struck out 10 batters while recording his momentous feat. Roberts got Ryan Thomas to ground out for the final out of the game.

Tom Gately came up short on the rubber for the Colonials, recording a loss. He went three innings, walked two, struck out one, and allowed two runs.

The Cavaliers went up for good in the fourth, scoring two runs on a fielder's choice and a balk.

Deadspin conceded. It published a follow-up saying that — in this case — the machine did write the better story.

"The image of the robots typing wins me over for sure," says Carmichael. "And on top of that, in some cases, as we've seen with Narrative Science's story, they actually can produce the stronger story."

An earlier Web version of this piece indicated that the original baseball story on GWSports.com was written by a sports reporter. It wasn't; that's actually the official website of the George Washington University athletic department.