Accessibility links
In India, A Struggle To Pass Down Passover Jews all around the world begin celebrating Passover this week. But commentator Sandip Roy says that it's hard to keep up old traditions in places like Calcutta, where the Jewish population is declining.

Listen
In India, A Struggle To Pass Down Passover 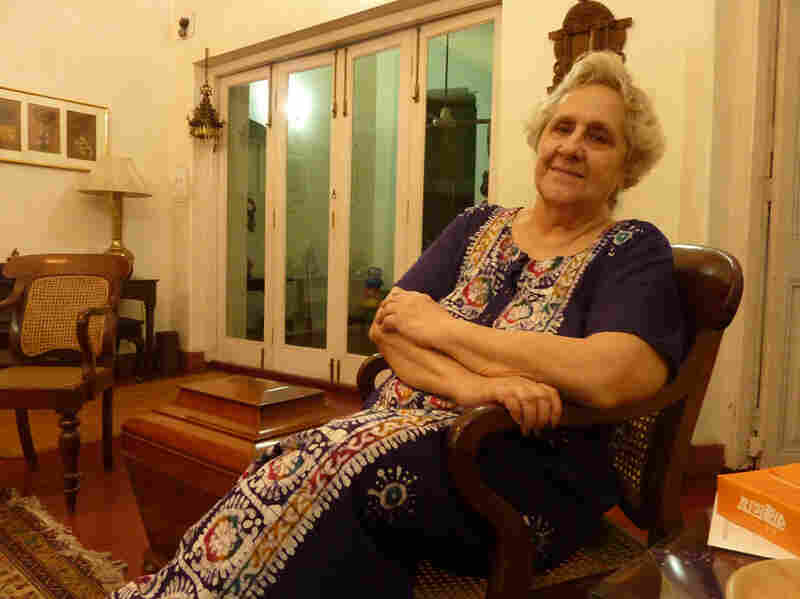 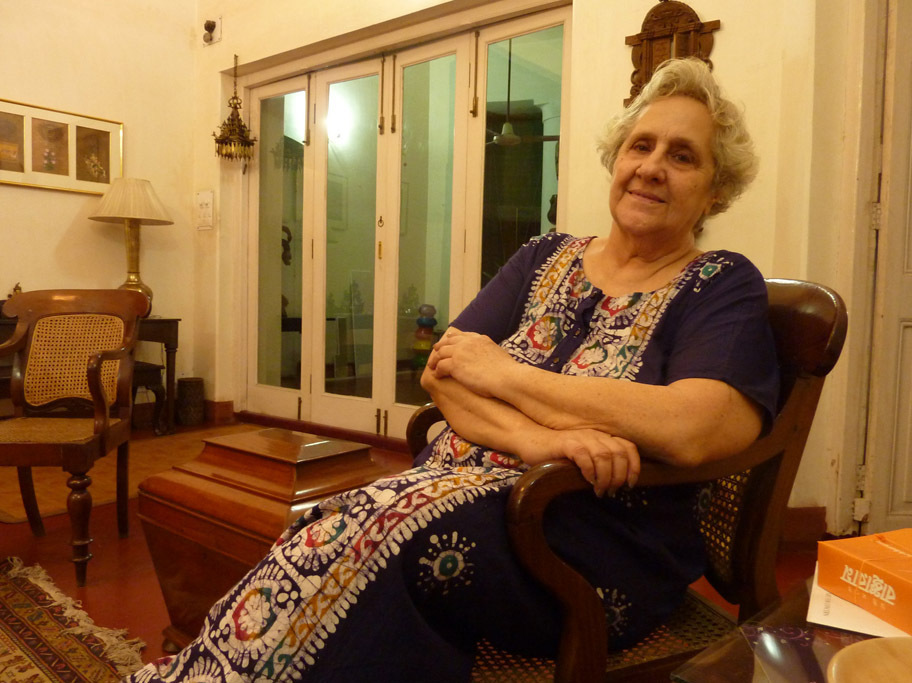 Sandip Roy is an editor with New America Media. He recently moved back home to India, and he's discovering some things he wasn't aware of growing up — like the country's tiny Jewish community. There are only 4,000 Jews left in all of India, and just dozens in Calcutta.

Nahoum and Sons bakery is part of the Calcutta of my childhood. It still has all the goodies I loved as a boy, like brownies, macaroons and plum cake.

Jagadish Halder, who has worked there for over 30 years, tells me proudly that the decor has not changed since 1911. I believe it. What I never knew as a boy was that Nahoum was a kosher bakery. Halder says once it made a lot of Jewish delicacies. But now, he sees fewer Jewish clients every day.

In fact, there are fewer than two dozen Jews left in Calcutta, most of them elderly. Once 5,000 strong, they came here as traders from Iraq and Syria. There's still a Jewish girls school, but without a single Jewish girl. Most of the students are Muslim now. Flower Silliman, who is 81 years old, is a graduate of the school. This year she's helping explain Passover to the students — with a little help from Charlton Heston and The Ten Commandments.

Silliman describes to students how Moses led the Jews out of Egypt in such a rush, they didn't have time to let the bread rise. She reminisces about the Passovers of her childhood — the smell of freshly baked unleavened matzo wafting into the school from the synagogue across the street.

Silliman, now the memory keeper of her community, took me to visit some of the synagogues left in Calcutta. 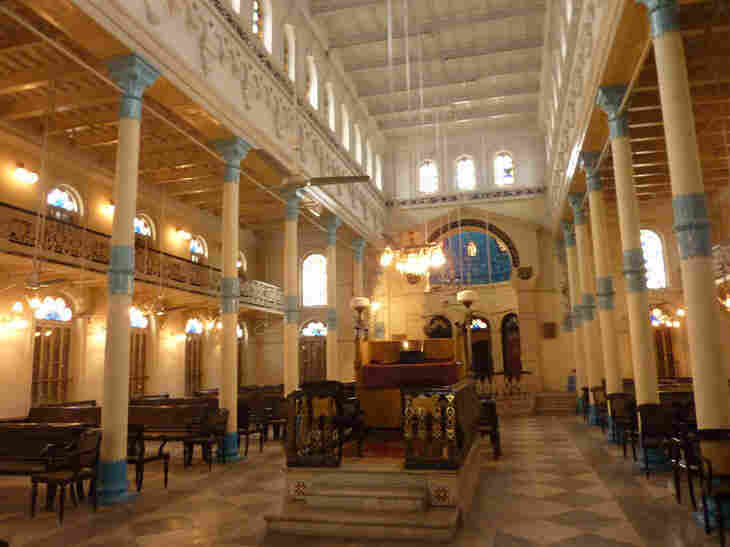 While services are no longer performed at the Bethel Synagogue in Calcutta, the building has been preserved as a historical site. Sandip Roy hide caption 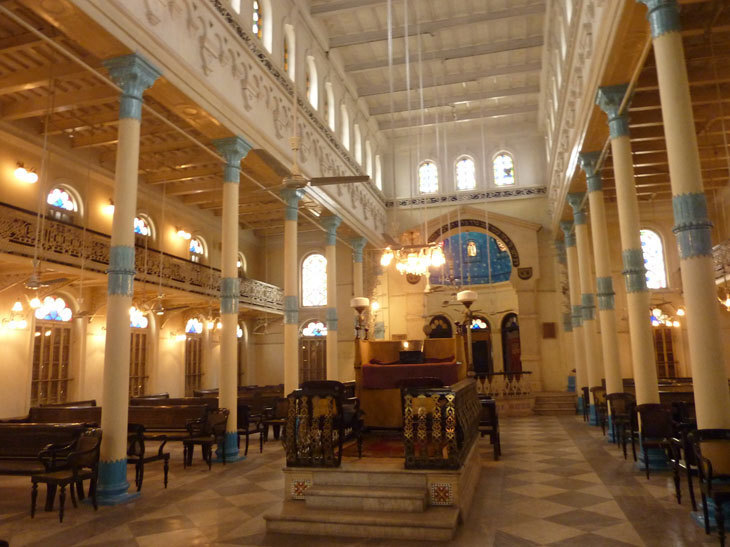 While services are no longer performed at the Bethel Synagogue in Calcutta, the building has been preserved as a historical site.

They are grand but no longer functioning. After World War II, American troops came here for Yom Kippur. Now vendors selling plastic bangles block the gate of one synagogue. Sparrows fly between the columns of the other.

Jews here didn't suffer the horrors of anti-Semitism they faced in Europe. In India, their cooks were Muslim, their colleagues Hindu, their neighbors Christian. But the tiny community never became fully Indian.

When Silliman started donning Indian clothes, her mother told her not to wear them. Doing anything that was deemed as "too Indian" was looked down upon.

Perhaps that separateness saved them after India's independence, when bloody riots broke out between Hindus and Muslims. Silliman saw a mob attack a pregnant woman. When she tried to help, she was told it wasn't her problem, as she was neither Hindu nor Muslim.

Sandip Roy is an editor with New America Media. He is based in Calcutta. Bishan Samaddar/Courtesy of Sandip Roy hide caption

"That shows how we were immune, and yet we were not empowered to do anything," she says.

Silliman still wonders what happened to that woman. After the turmoil of independence, Jews started leaving India, while the birth of Israel spurred another exodus.

Silliman sometimes dreams of one last grand reunion of the diaspora of Calcutta. But she knows that's not going to happen. Not this Passover, anyway.

This year, she, Nahoum and another gentleman will sit down together for a small seder, for old times' sake.

And her matzo will come in a packet from Israel.