Accessibility links
Ernie Kovacs: The King Of Early Television Comedy From 1950 until he died in an auto accident in 1962, Ernie Kovacs created some of the most inventive and unusual television ever made. A new box set collects more than 13 hours of the TV pioneer's best and rarest programs. TV critic David Bianculli says it's "a mandatory purchase for anyone who loves TV." 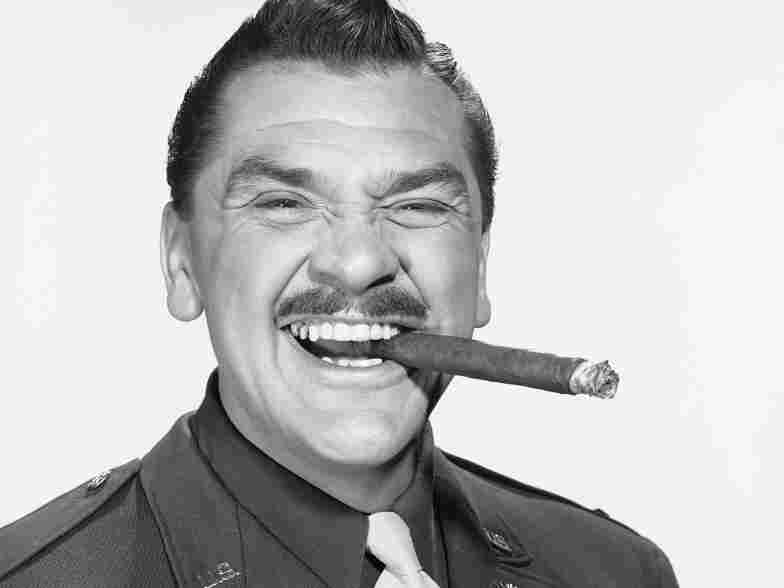 Ernie Kovacs died after he lost control of his car on Santa Monica Boulevard on January 13, 1962. AP Photo hide caption 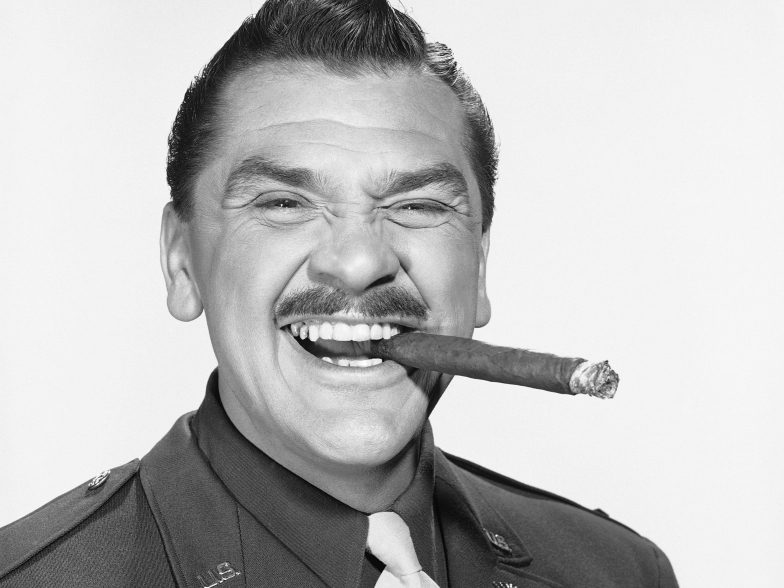 Ernie Kovacs died after he lost control of his car on Santa Monica Boulevard on January 13, 1962.

From 1950 until he died in an auto accident in 1962, Ernie Kovacs created some of the most inventive and unusual television ever made. A new Shout! Factory DVD boxed set collects more than 13 hours of the TV pioneer's best and rarest programs. Fresh Air's TV critic David Bianculli, who also teaches television history at Rowan University, couldn't be more thrilled.

If you don't know who Ernie Kovacs is, and never saw his brilliantly bizarre TV specials, hearing the Italian song "Solfeggio" won't be associated with any specific images. But if you know Ernie, you're doubtlessly conjuring up pictures of one of his signature recurring bits, The Nairobi Trio. It's nothing more than three people wearing gorilla masks, pretending to play the song while one of them, the conductor, gets hit over the head at the end of each verse.

Describing it doesn't make it sound funny — you have to see it. And even then, you have to share Ernie's sense of the absurd. More than anyone else in the 50s and 60s, he stressed, and played with, the vision part of television. He was the first special effects artist on TV — the first one to play, really play, with all these new-fangled cameras and videotapes and toys.

'The Uncensored Story' Of The Smothers Brothers

But Ernie Kovacs was so, so much more than that, and a new boxed set from Shout! Factory called The Ernie Kovacs Collection includes it all. If all Ernie did was push the medium of TV into new directions — with quickly edited blackout sketches that later were copied by Rowan & Martin's Laugh-In, and with full-length music videos that predated MTV by more than 20 years — that would have been enough. But he had other amazing gifts as well.

As a sketch comic, his recurring characters were memorably, daringly original. He would put on silly costumes, and sillier accents, to play everyone from TV horror-film host Uncle Gruesome to movie star Rock Mississippi. And more than a generation before In Living Color gave us the openly gay movie critics of "Men in Film," Ernie Kovacs gave us TV's proudly prissy poet laureate, Percy Dovetonsils.

But Ernie Kovacs had a third great talent, perhaps his most underrated one. When he was himself, talking to the camera, he not only was a natural, he looked natural. He talked conversationally, not like an announcer. And he sat there, looking directly into the camera, and talked matter-of-factly about a lot of things, including television. In that way, he was doing in the 50s and 60s what Jon Stewart is doing now — looking around at the TV landscape and pointing out its failures and excesses by making fun of it.

Ernie Kovacs started in TV in Philadelphia in 1950, and hosted an early-morning TV show, 3 to Get Ready, that was the first TV morning show anywhere — not just in Philly. From there, and for the next dozen years, he hopped all over the dial. Whenever one network let him go, another would just as eagerly grab him up, because absolutely no one was doing what Ernie did. This brilliant new Shout! Factory collection, curated by Ben Model, includes the earliest surviving work by Ernie Kovacs, most of his classics, and so much bonus material that it's absolutely invaluable.

The Ernie Kovacs Collection is a mandatory purchase for anyone who loves television and wants to experience some of its richest comedy roots. But it's more than that. As I see it, it's almost a public service.

Sadly, there's nowhere to see Ernie Kovacs on television these days — not on TV Land, Nick at Nite, or any other network that ought to be proud to keep his legacy alive. We TV History teachers try to do our part — I daresay not a single student of mine will soon forget Ernie's surrealistic Western anti-hero, "Rancid the Devil Horse" — but now, thanks to Shout! Factory, you can have a graduate course on Ernie Kovacs in the privacy of your own home. And there's no final exam — just a ridiculous number of laughs.