Accessibility links
Dave Brubeck Quartet: Newport Jazz Festival 2009 It's been 50 years since his Time Out, and its crossover hits "Take Five" and "Blue Rondo a la Turk," first appeared in record shops. And at age 88, he says he still loves playing that material. 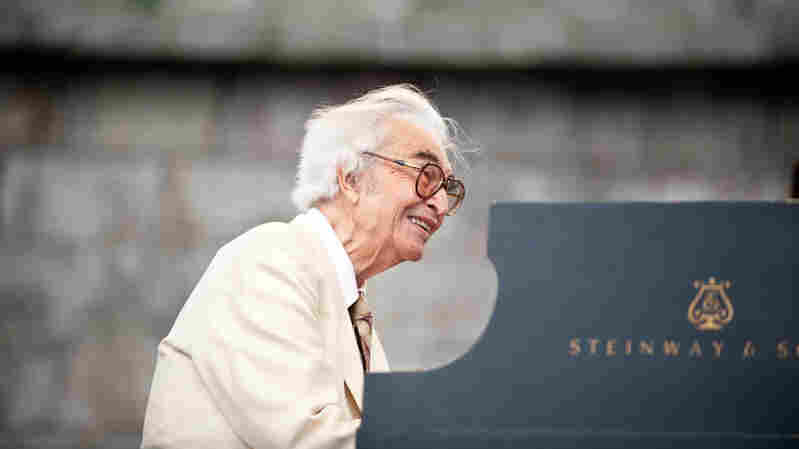 It's been 50 years since Dave Brubeck's Time Out, and its crossover hits "Take Five" and "Blue Rondo a la Turk," first appeared in record shops. Brubeck was plenty famous before then — he had already been invited to the Newport Jazz Festival a handful of times — and his musical output continued to evolve afterward. But that album is a large reason why he was invited to George Wein's Newport productions, as much as ever in this 50th anniversary year.

What's more, Brubeck says he still loves playing that material. And even at age 88, he still tours frequently with a quartet styled after that which recorded Time Out. From the Fort Adams main stage, he led that group at the 2009 festival of live, outdoor jazz at Newport.