Accessibility links
How The Bristol Sessions Changed Country Music In 1927 and '28, Ralph Peer, a talent scout for the Victor Talking Machine Company, set up recording sessions in a town straddling the Tennessee-Virginia border. The resulting sessions, rock critic Ed Ward says, laid the framework for all of country music. 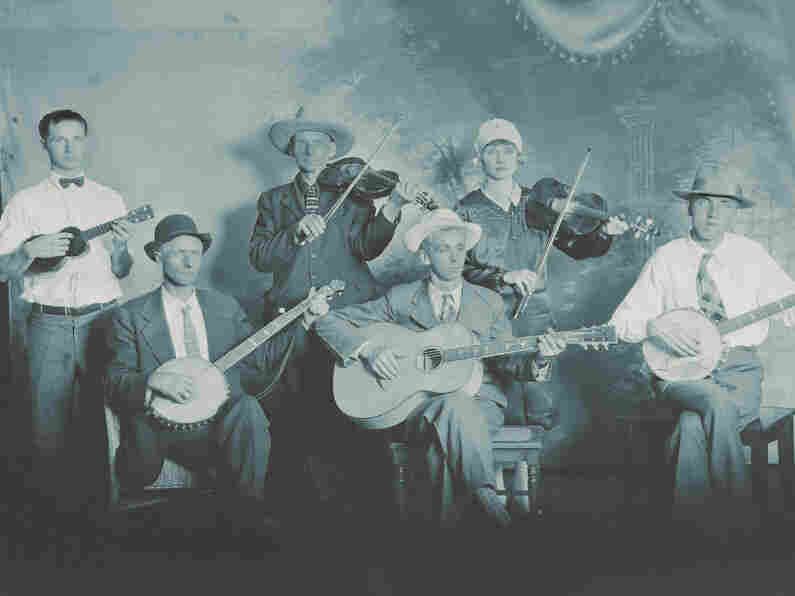 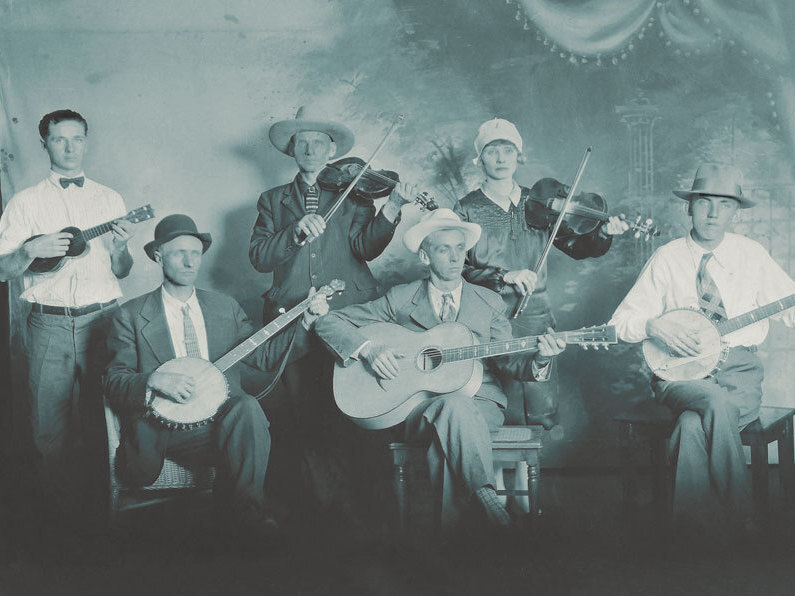 [Editor's note: A new five-disc box set, The Bristol Sessions, 1927-1928, documents a series of historic recordings made on the Tennessee-Virginia border. Ed Ward has this reflection on the sessions and the music they spawned.]

"The Victor Co. will have a recording machine in Bristol for 10 days beginning Monday to record records — inquire at our store."

That was the text in a small box that appeared in the Bristol (Tenn.) News-Bulletin on July 24, 1927. Three days later, one of the paper's reporters sat in on a recording session, where Ralph Peer cut a few sides on Ernest Stoneman and his family. The Stonemans were locals, well-known in Bristol, and had a successful career with Victor.

"He received from the company $3,600 last year as his share of the proceeds on his records," the story read — in other words, about three and a half times the average national wage.

That did it. Starting at 9 o'clock on the morning of July 28, musicians by the score showed up at the Taylor-Christian Hat Company building on State Street — Virginia on its north side, Tennessee on the south side — and waited for their chance.

The first soon-to-be-famous name to step in front of the microphone was Blind Alfred Reed, a fiddler who would later record the classic "How Can a Poor Man Stand Such Times and Live." But, aside from a train-wreck ballad, he recorded sacred material.

Ralph Peer must have figured that the rural market wanted white gospel music, because he sure recorded a lot of it in Bristol. One of his favorites — and mine — is the very formal-sounding Alfred G. Karnes, who had just bought a Gibson harp-guitar for $375 to accompany himself.

But Stoneman and his friends and family had also shown Peer that traditional material sold, so J.P. Nester and Norman Edmonds got their chance, too, and recorded a classic, "Train on the Island."

Nobody seems to know what the words to "Train on the Island" meant, but with their picking, who cares? Nester and Edmonds led off Aug. 1's sessions at 12:30 p.m., but five hours later, two women and a man stepped into the room, and everything changed.

A.P. Carter, his wife Sara and Sara's teenage sister Maybelle Addington were from the surrounding countryside, in Maces Springs, Va., and Peer knew he'd struck gold — especially when Maybelle and Sara came back the next morning and cut two duets. The Carter Family, as they called themselves, became one of the biggest acts in America, continuing on in this original form until 1942.

Lightning struck again on Aug. 4. The Tenneva Ramblers were four young men who'd been working out of Asheville, N.C., and Peer had encouraged them to audition. Nobody's sure just what happened, but by the time the recording session came around, their lead singer had left and recorded two songs by himself, including "Sleep Baby Sleep."

Tuberculosis would kill Jimmie Rodgers five years later, but he probably sold more records for Victor than any artist before Elvis Presley. And, yes, the Tenneva Ramblers got their chance later that afternoon, but they don't sound very special.

Peer packed up his equipment and took his masters with him to Camden, N.J., to start pressing the many keepers he'd recorded. He returned to Bristol the next year, between Oct. 27 and Nov. 4, 1928. His only major find this time was the Stamps Quartet, whose "Come to the Savior" sold 13,792 copies, the most of any of the Bristol recordings.

The Stamps, in one form or another, continued through 1980, and counted Presley as a major fan. But my favorite from the 1928 sessions was the wonderfully named Shortbuckle Roark and Family, who concluded Ralph Peer's epic act of discovery with a classic, "I Truly Understand That You Love Another Man."