Accessibility links
Simpson Prosecutor Marcia Clark Takes On Fiction Fifteen years after she led the prosecution against O.J. Simpson in one of the most public trials of the century, Marcia Clark returns to the courtroom. But this time, it's to make her fiction debut as the writer of a new legal thriller novel, Guilt by Association.. 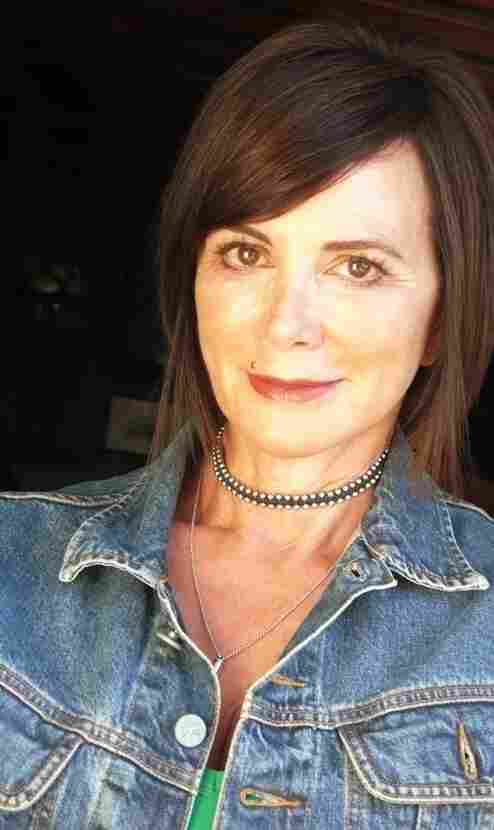 Marcia Clark was a rising legal star in the Los Angeles District Attorney's office when she was assigned to the O.J. Simpson trial. Clark's every move was televised in what has been called the trial of the century. More than 15 years later, she's still hip deep in crime, but from a different perspective — as a mystery writer. Her first novel, Guilt by Association, is being released this week, and it draws from Clark's experiences on the front lines of legal prosecution.

The Simpson case — and his acquittal — was a turning point for Clark. As the lead prosecutor on the case, she felt the jury had made up its mind early on. Charred remains from the 1992 riots following the first Rodney King trial still marred empty lots in South Los Angeles. Despite her entreaties to the jury to not even the score by acquitting Simpson of the murders of his ex-wife and her friend, Clark says she saw the writing on the wall.

When the jury ruled that Simpson was not guilty, it was the end of a difficult road for Clark. "By the end of that trial, I was really physically not well ... exhausted and just a mess," she tells NPR. She retreated to her home in suburban Los Angeles to recover, physically and mentally. "It took me awhile to get my strength back up."

Over the year that the Simpson drama played out, the public saw a frazzled, sometimes testy woman intent on bringing a once-beloved sports icon to justice. What they didn't see was the reason Clark looked so gaunt — she was juggling her legal duties with the primary care of her two toddler sons.

"It was kind of this crazy rubber-band feeling of running to work, working as many hours as I could, and then running home so I could take care of the kids, with armloads of work I could do at home," she says. "I was always running to or from something."

Clark eventually settled with her estranged second husband — they're now divorced — and moved her sons even deeper into the suburbs to reconstruct a normal life. She lectured, wrote a TV drama and has been a steady presence on television as a legal analyst. 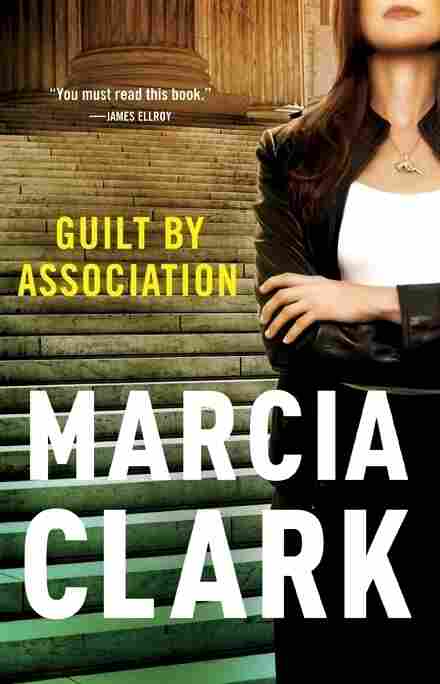 Though Clark swore that she was done with the criminal courts after the Simpson case, it turns out that she meant only as a lawyer. She has returned to the courtroom several times in the past few years in her new endeavor as a legal thriller writer.

Trying Her Hand At Fiction

Her first mystery, Guilt by Association, features Rachel Knight, a heroine not unlike herself. Like Clark, Rachel is a DA and a rising star in the Special Trials unit, which handles prominent, sensitive and controversial trials.

"Rachel Knight is better, smarter, cooler and tougher than I am," Clark says. "But she's also a lot like me: She has a big mouth; she often gets in trouble. She pissed people off — especially judges — and she's not really good with authority, but she is really good at her job."

After Rachel's co-worker Jake is found dead in an extremely compromising position, Rachel makes it her duty — against all warnings of conflict of interest — to discover what really happened to him. Working with Bailey Keller, a ballsy detective who reminds Rachel of her younger self, the two women anger everyone from wealthy patricians to entrepreneurial gangbangers with their questioning.

"Not every prosecutor works the way Rachel works in the book," Clark explains. "Rachel is in Special Trials — that's a small unit that works the big cases, and they work it from the ground up with the detectives, just about from the day from when the body is found. So that's unusual — most prosecutors get the case on the way into the courtroom as they're picking a jury."

A Stickler For Legal Details

Clark paid special attention to getting the minutia of procedure right. "If you're going to educate the public and tell them how things happen in the courtroom, then you have a duty to tell it right — don't misinform," she says.

She also understands the need for dramatization in a supposedly realistic plot, but thinks it's important to keep the story legally accurate. "You amp things up and you speed things up, but technically you can still be legally correct. This is the big beef I have with novels as well as television shows — it actually makes for a better show when you accommodate the truth."

Early reviews from critics and mystery writers alike say Clark knows what she's talking about. For someone who had been rejected by several publishers and fired by her first agent before landing a book deal, that's especially satisfying.

Clark says her name might help get her published, but it can't carry her all the way. "If that were true, I would have gotten the other books picked up, right?" she asks, referring to her previous manuscripts.

Still, she says her name is proof that she walks the walk, and she hopes it will help enough to turn her first Rachel Knight book into a series. She is finishing the second now, and is looking forward to reading some good fiction this summer — crime fiction, of course.

He snapped his cell phone shut and slid it into the pocket of his skintight jeans. The last piece was in place; it wouldn't be long now. But the waiting was agonizing. Unbidden, the memory of his only ride on a roller coaster flooded over him, like a thousand tiny needles piercing his face and body: eight years old, trapped in that rickety little car with no escape, the feeling of breathtaking terror that mounted as it click-click-clicked its slow, inexorable climb to the top of the sky.

He shook his head to cleanse his mind of the memory, then abruptly grabbed his long brown hair and pulled it tightly into a ponytail behind his head. He held it there and exhaled again more slowly, trying to quiet his pulse. He couldn't afford to lose it now. With the lift of his arms, his worn T‑shirt rode up, and he absently admired in the little mirror above the dresser the reflection of the coiled snake tattooed on his slim, muscled belly.

He started pacing, the motel carpet crunching under his feet, and found that the action helped. Despite his anxiety, he moved with a loose-hipped grace. Back and forth he walked, considering his plan yet again, looking for flaws. No, he'd set it up just right. It would work. It had to work. He stopped to look around at the dimly lit motel room. "Room" was using the term loosely — it was little more than a box with a bed. His eyes fell on a switch on the wall. Just to have something to do, he went over and flipped it on. Nothing happened. He looked up and saw only a filthy ceiling fan. The sour smell of old cigarettes told him that it hadn't worked in years. There were stains of undetermined origin on the walls that he thought were probably older than he was. The observation amused him. Neither the stains, nor the foul smell of decay, nor the hopeless dead-end feeling of the place fazed him at all. It wasn't that much worse than a lot of the places he'd lived during his seventeen years on the planet.

In fact, far from depressing him, the ugly room made him feel triumphant. It represented the world he'd been born into, and the one he was finally leaving behind... forever. For the first time in a life that had nearly ended at the hands of a high-wired crackhead while his so‑called mother was crashing in the next room, he was going to be in control. He paused to consider the memory of his early near demise — not a firsthand memory since he'd been only two months old when it happened, but rather a paragraph in the social worker's report he'd managed to read upside down during a follow‑up visit at one of the many foster homes where he'd been "raised" for the past sixteen or so years.

As it always did, the memory of that report made him wonder whether his mother was still alive. The thought felt different this time, though. Instead of the usual helpless, distant ache — and rage — he felt power, the power to choose. Now he could find her ... if he wanted to. Find her and show her that the baby she'd been too stoned to give a shit about had made it. Had scored the big score.

In just a few more minutes, he'd say good-bye to that loser kid who lived on the fringes. He stopped, dropped his hands to his hips, and stared out the grimy window as he savored the thought of having " fuck you" money. He planned to extend a vigorous middle finger to the many foster parents for whom he was just a dollar sign, to all the assholes he'd had to put up with for a meal and a bed. And if he did decide to find his mother, he'd show up with something awesome for her, a present, like a dress or jewelry. Something to make her sorry for all the years she'd let him be lost to her. He pictured himself giving her whatever it was in a fancy, store-wrapped box. He tried to picture the expression on her face,

but the image wouldn't resolve. The only photo he had of her — taken when he was less than a year old — was so faded, only the outline of her long brown hair was still visible. Still, the thought of being able to play the Mac Daddy puffed him up, and for a moment he let himself go there, enjoying the fantasy of his mother really loving him.

The knock on the door jolted him back to reality. He swallowed and struggled for a deep breath, then walked toward the door. He noticed his hands were shaking, and he quickly rubbed them on his thighs to make them stop. He slowly released his breath and willed his face to relax as he opened the door.

"Hey," he said, then held the door open and moved aside to let in his visitor. "What took you so long?"

"Lost track of the time, sorry." The visitor stepped inside quickly.

The visitor nodded. The boy smiled and let the door close behind him. 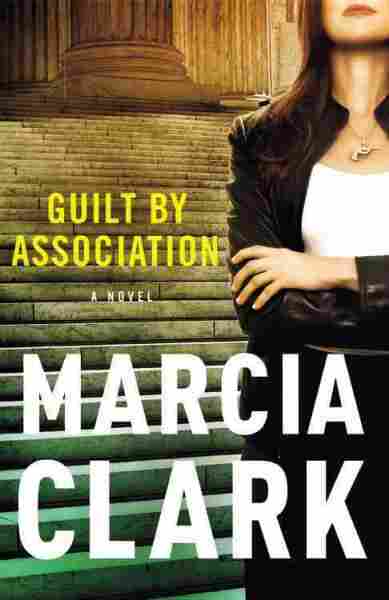