Accessibility links
Automakers Try To Sell Government On Fuel Cell Cars Major U.S. automakers say the Obama administration's skepticism about whether hydrogen cars are viable is unwarranted. They insist the vehicles are ready for prime time and are urging the government not to cut funding for development. 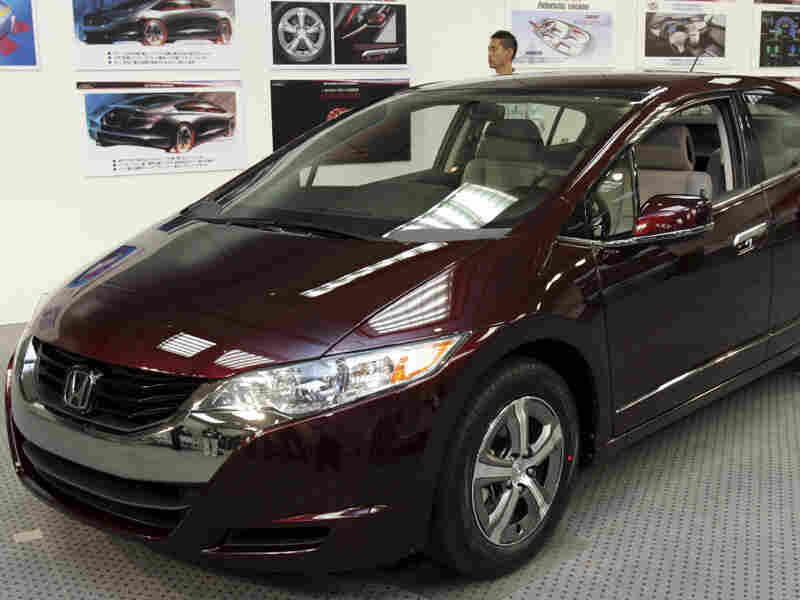 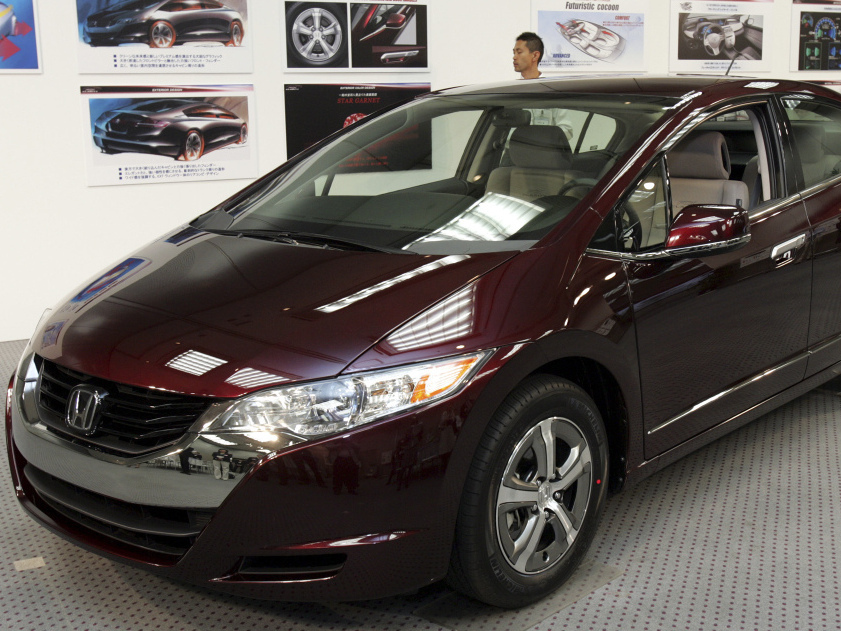 Honda's fuel cell electric car, the FCX Clarity, can go about 240 miles on a tank of hydrogen fuel. Compared with gasoline, that's about 60 miles to the gallon. The only emission is water so pure you could drink it.

The company has been building a limited number of these cars since 2005, so Honda was surprised when Secretary of Energy Steven Chu claimed it would take four technological miracles to make fuel cell cars viable in the marketplace.

"Simply put, he's wrong on those points. He has bad advice," Honda's Steve Ellis said at one of southeast Michigan's few hydrogen fueling stations. "Automakers are not foolish. We're not going to invest in technology that we see as a dead end."

The Clarity costs $600 a month to lease, but if you add in all of Honda's research and development costs, each one is probably worth tens of millions of dollars. Ellis says the costs are coming down, though — from the hydrogen fuel, which is made from natural gas, to the cost of the fuel cells. Producing them in volume will really bring the costs down, he says.

"Ten years ago, if we were looking under this hood, it would be like duct tape and baling wires," he says. "So it was all an engineering exercise. This car, we're handing the keys to customers, saying, 'Here's your car, see you in six months. Nothing to see here folks.' "

But the keys are being given only to people in southern California, where there's a cluster of hydrogen fueling stations, built with the help of state subsidies. Even if Chu changes his mind about the miracles, the price tag remains a problem.

Oliver Hazimeh of the management consulting firm PRTM says battery electric cars like the Volt and the Leaf are getting cheaper faster, which is why batteries are getting the nod from the government.

But fuel cell proponents say that's not a fair competition. The government spent more on battery electrics in just the past two years than it did on fuel cells over the past decade. James Warner, director of policy at the Fuel Cell and Hydrogen Energy Association, says cutting funding sends the wrong message to car companies developing fuel cell cars like Honda, GM, Toyota, Daimler and Hyundai.

"By all accounts, they are ready to commercialize these vehicles by 2015," he says.

Warner has a bigger worry than less federal funding. Under a continuing budget resolution, Chu has no mandate to spend anything at all on fuel cell technology.

"The secretary if he so chose could end these programs today," he says.

A statement from Chu suggests he is likely to stick with President Obama's proposed budget, which cuts research and development by about half, but eliminates funding for the commercialization of fuel cell cars. That means it could take even longer for people who don't live in southern California to get a hydrogen fuel cell car to drive.

A previous Web version of this story incorrectly said that southeast Michigan has only one hydrogen fueling station. There are actually several in that region.