Accessibility links
Morcheeba: Electronica Stripped Clean Normally, London's Morcheeba sounds quite a bit like Portishead or Massive Attack, who make music using samplers and sequencers. In this WFUV studio session, Morcheeba takes a different approach by breaking out the acoustic guitars and piano to reconstruct its songs. 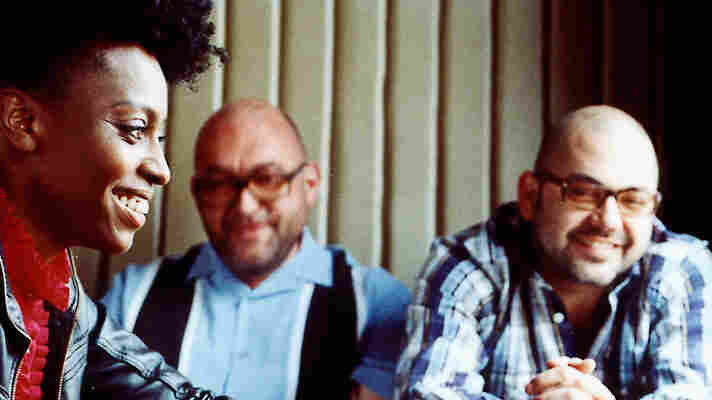 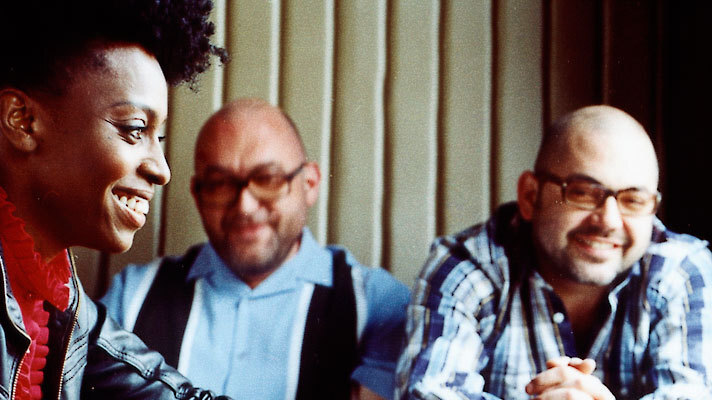 "I Am The Spring"

After eight years and a succession of guest singers, Morcheeba's original lineup has returned with Blood Like Lemonade. The album brought Morcheeba on a month-long U.S. tour, and we caught up with the band at WFUV in between two sold-out shows at New York City's Irving Plaza.

Since Morcheeba's start in London in the mid-1990s, the group's sound could most simply be described as a combined love of singer-songwriter melodies and hip-hop. Brothers Ross and Paul Godfrey, along with singer Skye Edwards, created four great albums that helped confirm the blueprint for the trip-hop sound.

Paul Godfrey, largely the lyricist and beat maker, was not on tour with the band, but we welcomed multi-instrumentalist Ross Godfrey and Edwards to Studio A to perform a stripped-down set that included Morcheeba's classic, "The Sea." The session was punctuated by much laughter and talk of food, Twitter, travels, parenting and music. We even reached back to get the story behind the band's name.