Accessibility links
Wallis Simpson: 'The Woman Who Stole The King' Gets Another Look Twenty-five years after her death, there's renewed interest in the notorious American whom Edward VIII chose over his throne in the 1930s. Historians are reassessing the part the twice-divorced mistress played in what remains the only voluntary renunciation of the British throne. 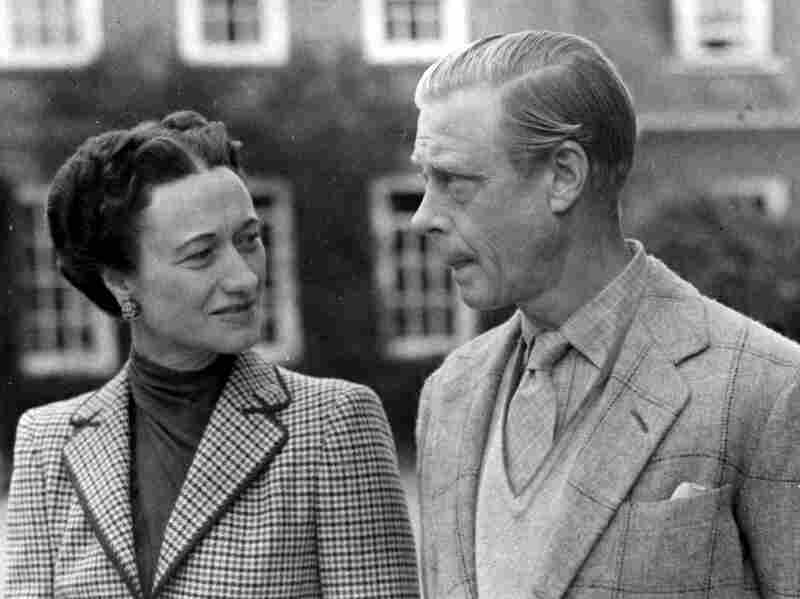 The Duke and Duchess of Windsor at Ednam Lodge, Sunningdale, in October 1946. Keystone/Getty Images hide caption 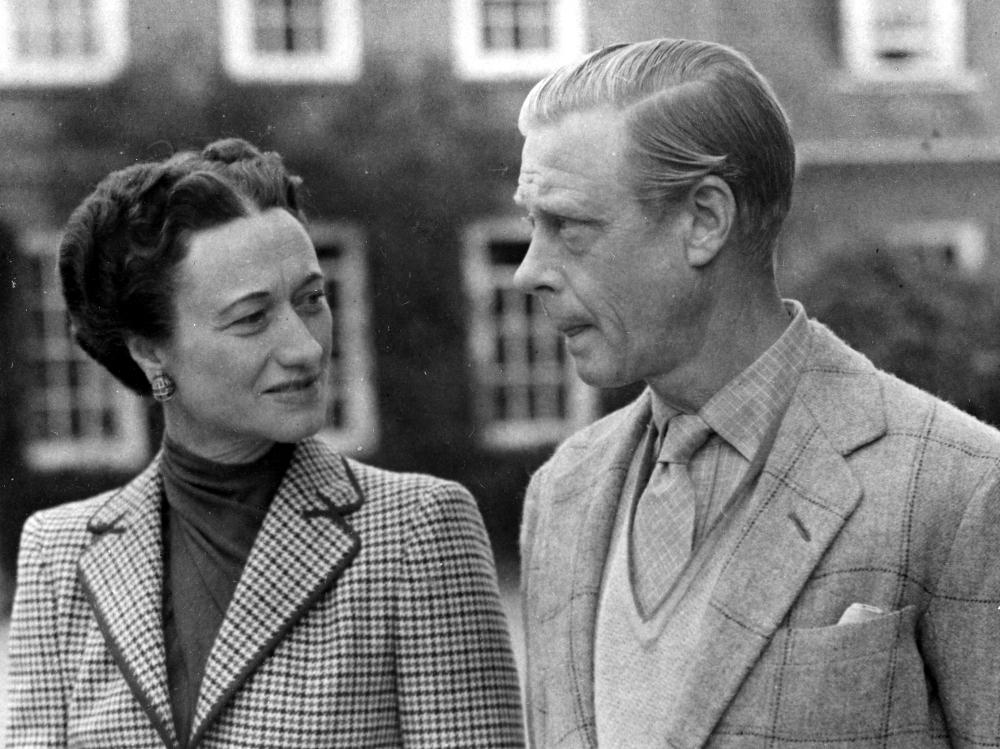 The Duke and Duchess of Windsor at Ednam Lodge, Sunningdale, in October 1946.

The upcoming marriage of Prince William and Kate Middleton is rekindling interest in another nontitled outsider who married British royalty.

Twenty-five years after her death, there are two new biographies of Wallis Simpson. Madonna is making a movie about her. And historians are taking a second look at the woman who cost a king his throne.

In the words of one writer, the notorious Simpson was "too ambitious, too sexual, too divorced, too pro-German and too American."

Yet, faced with the choice of marrying his twice-divorced mistress or keeping his throne, King Edward VIII famously chose Simpson.

"I have found it impossible to carry the heavy burden of responsibility and to discharge my duties as king as I would wish to do without the help and support of the woman I love," he announced after renouncing the throne in 1936.

Edward VIII became the Duke of Windsor. And in the eyes of his former subjects, his bride became "that woman" — which is the title of an upcoming biography by Anne Sebba.

"She was a figure of hate in England, really loathed," Sebba says. "Some of the walls were painted with graffiti that read: 'Down with the American harlot.' "

Out Of Sync With Her Time?

But historians are reassessing that woman — and the part she played in what remains the only voluntary renunciation of the British throne.

"She was a very sexually threatening, dominant, rather vulgar and ambitious woman," says British writer Tanya Gold. "And this was everything that the value system of the time despised." 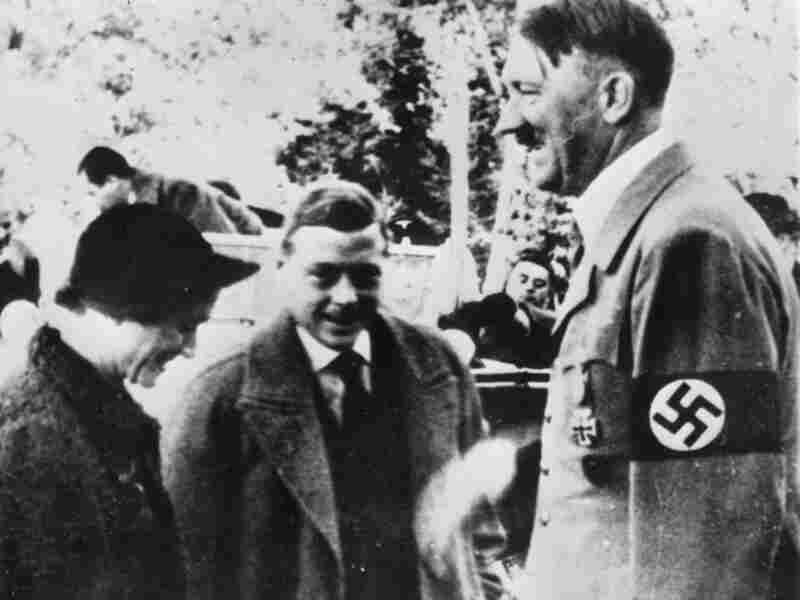 The Duke and Duchess of Windsor meet Adolf Hitler in Germany in 1937. Keystone/Getty Images hide caption 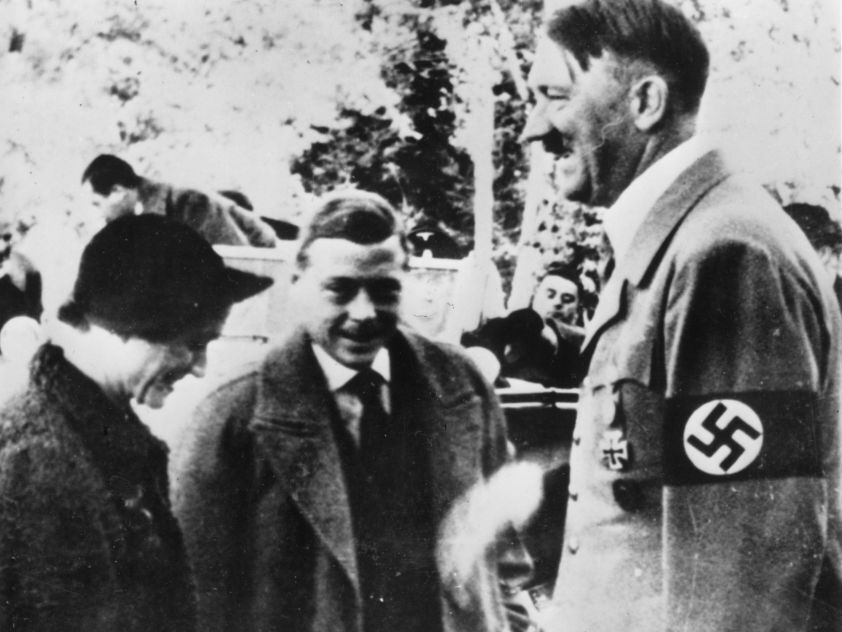 The Duke and Duchess of Windsor meet Adolf Hitler in Germany in 1937.

Gold suggests that Simpson's antics lose some of their sulfurous luster when seen through 21st century eyes.

The newlyweds did visit Adolf Hitler in 1937. But documents supposedly proving they were Nazi collaborators were later found to be forgeries.

And historians say there's growing documentary evidence that Edward never wanted to be king — whereas Wallis never wanted more than to be a king's mistress.

A 'Mistake' Of A Monarch?

Gold argues that the scandal exposed the inherent weakness in a constitutional monarchy: What happens when you get a monarch constitutionally incapable of being one?

"In Edward VIII, we had a man who didn't want to be king, and who wasn't fit to be king," she says. "And so rather than accept that this is a weakness of the system — it threw up a man who was essentially a mistake, an anomaly, a man who couldn't fulfill his duty — far better to say that he was stolen away by this evil woman."

Step forward the Duchess of York, who would later become Queen Elizabeth the Queen Mother. (You may remember her as Helena Bonham Carter in The King's Speech.) It has long been said that she blamed Wallis for her own husband's early death — her shy, stammering Bertie was forced to the throne as King George VI upon his brother's abdication and died at age 56. 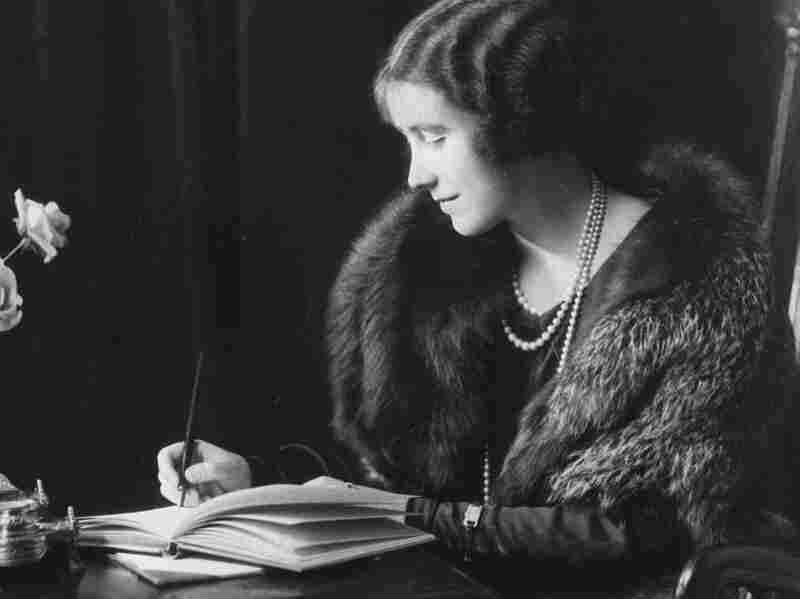 Lady Elizabeth Bowes-Lyon, later Queen Elizabeth the Queen Mother, writing in the year before her 1923 marriage to the Duke of York, later King George VI. Considered the beauty of her generation, some wonder if she actually had hoped to marry his older brother. Press Association/AP hide caption 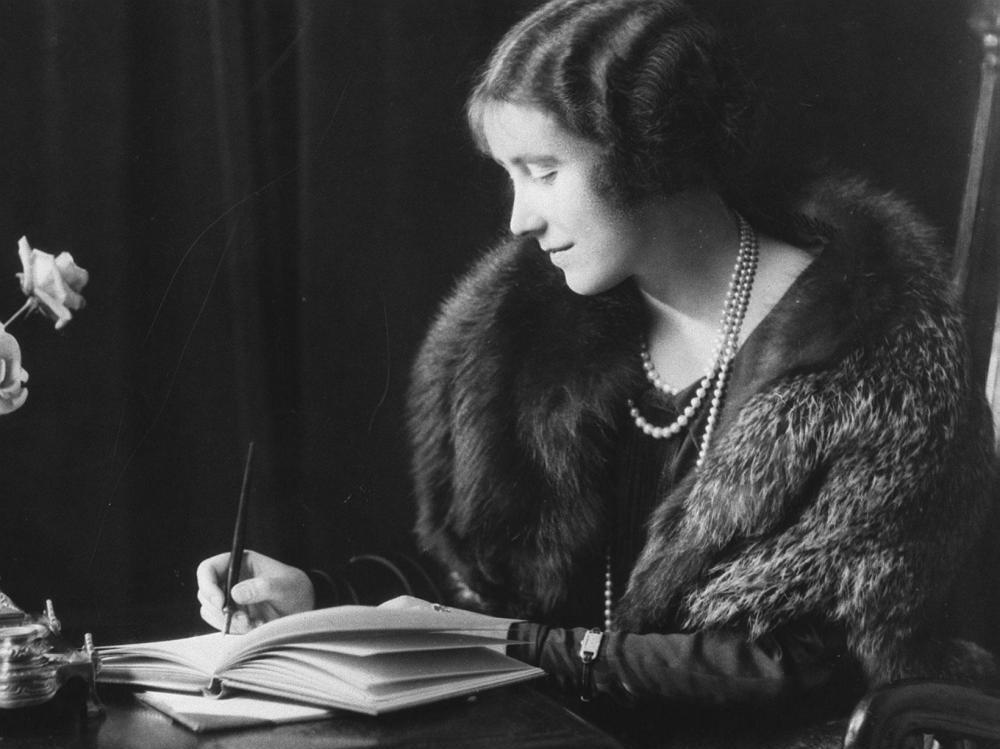 Lady Elizabeth Bowes-Lyon, later Queen Elizabeth the Queen Mother, writing in the year before her 1923 marriage to the Duke of York, later King George VI. Considered the beauty of her generation, some wonder if she actually had hoped to marry his older brother.

Now some historians float a second motive: The former Elizabeth Bowes-Lyon (the Queen Mother) had been the beauty of her generation, considered Britain's most marriageable young lady. Isn't it just possible that she herself had once hoped to bag Britain's most eligible man?

"My theory is that the Queen Mother was really rather in love with the Duke of Windsor and probably would have quite liked to have married him," says Hugo Vickers, author of the new Simpson biography Behind Closed Doors. "It must have passed through her mind. And I think it suited her very well to present the Duchess of Windsor as the woman who stole the king. And people rather swallowed that line."

Simpson's rehabilitation may take time. As recently as 2008, the historical landmark organization English Heritage refused to put one of its famous blue plaques on the London building where she was courted by a king.

Simpson, it said, was unworthy of that kind of recognition.