Accessibility links
Sorry, But Sport's Losers Don't Learn More Than The Winners Sports fans have seen some spectacular, even tragic, defeats in recent weeks. And some say that athletes learn more from losing than winning. Frank Deford says that's bunk — and so is the idea that the winners simply wanted it more. 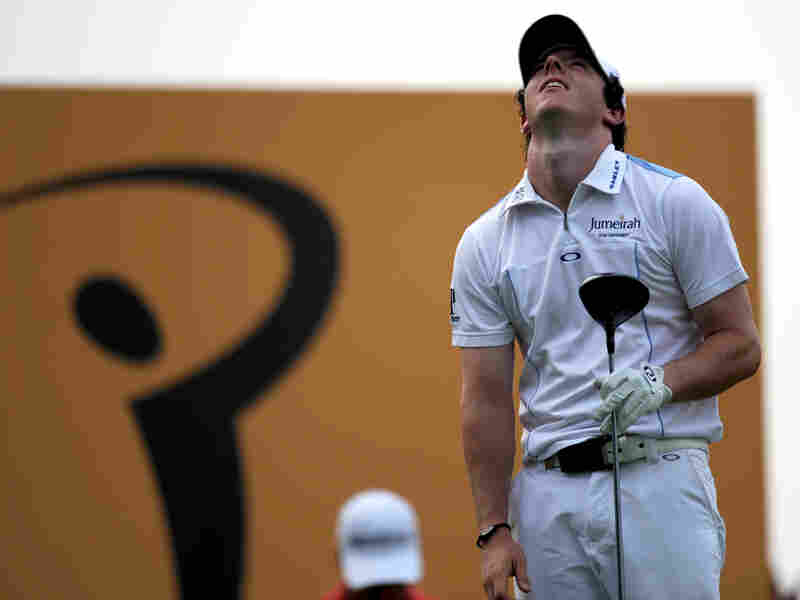 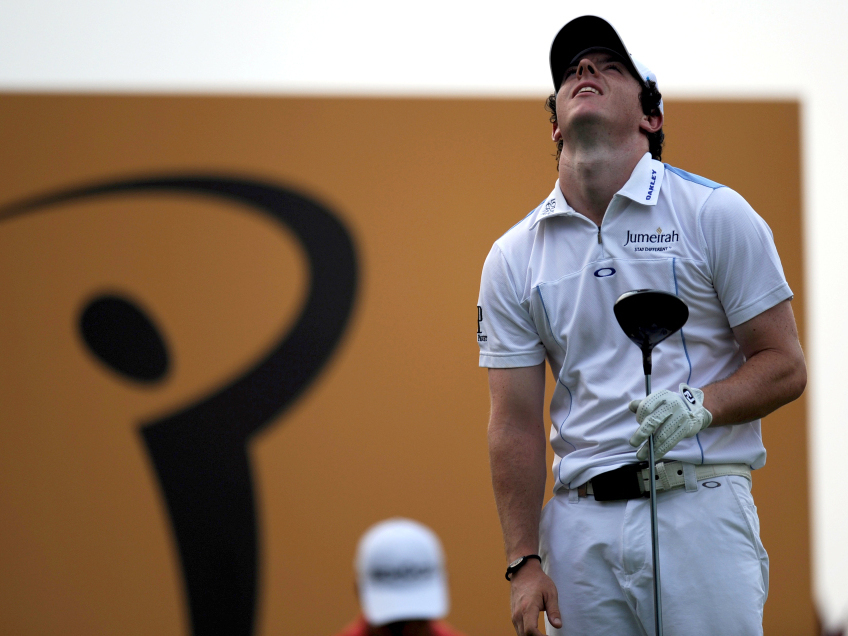 One week after blowing a lead in the Masters, golfer Rory McIlory squandered a chance to win the Maybank Malaysia Open in Kuala Lumpur. McIlroy finished third after holding the 36-hole lead.

Recently, we seem to have had some especially spectacular and even tragic defeats. But of course, in sport we don't devote much extended contemplation to those who lose –– unless, of course, they should come back and win.

This leads to the bromide repeated so often that it is now accepted as a verity: that you learn more from losing than winning. I suspect that the axiom has purchased so much currency because when some individual does indeed ascend to victory after a defeat, it's fashionable to attribute that success to the character born of his failure. That offers hope to all us losers.

I hate to be unsentimental and un-American, as well, but after watching an awful lot of athletes win and lose over the years, I'm more inclined to believe that you learn more by winning.

What wisdom did Rory McIlroy really gain by choking in the final round of the Masters? Will another golfer, Kevin Na, find his essence ultimately improved by shooting a 16 on a par-4 hole last week?

Or perhaps an even more interesting question: Did the poor Butler basketball team learn more from being embarrassed in this year's NCAA final — or was it more painful the year before falling, gallantly, by but a basket?

Or isn't it possible that the greatest nobility really does lie with those who win? Unfortunately, this is too often explained by another dreadful cliche, that the winner wanted it more. I think that's usually bad psychology and bad journalism, both.

Andy Murray, the Scottish tennis player, has made three Grand Slam finals — and, in them, lost nine straight sets. Does his desire have as much to do with getting to the finals as then collapsing in them?

Murray was in the news the other day because in the tournament in Monte Carlo, his opponent, Gilles Simon, twisted an ankle but kept on playing — so the patrons booed Murray for using drop shots to make his handicapped opponent run more.

I'm sorry; I find Simon more histrionic than sympathetic. While playing hurt is likewise trotted out as a sign of heroism, and, yes, occasionally the wounded warrior does prevail, it's not so often as we want to believe.

The most famously succinct epigram on the subject is a couplet from If, by Rudyard Kipling:

If you can meet with triumph and disaster
And treat those two impostors just the same ...

It's fashionable to quote this sentiment, especially since it appears above the players' entrance to Centre Court at Wimbledon. But I always thought it was terribly precious to suggest that triumph and disaster, victory and defeat, can somehow be confused.

And fine as it may be to maintain your equilibrium, should you treat winning and losing the same, I doubt that any lesson is learned well.