Accessibility links
Airline Rules Address Delays, Bag Fee Refunds Airlines will be required to refund any checked bag fee if that bag is lost. The new rules also expand the ban on lengthy tarmac delays to cover international carriers. Only domestic flights had been affected by the earlier rule. 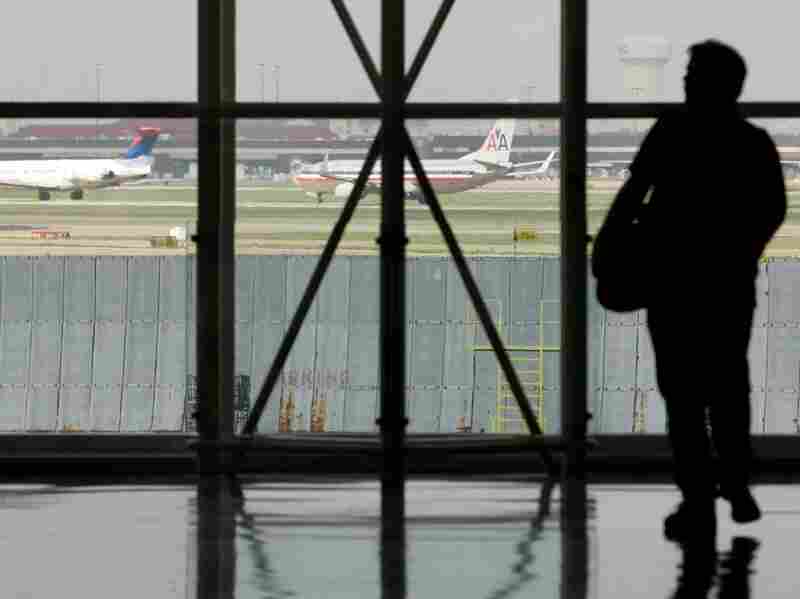 A traveler is seen in Terminal C at Dallas Fort Worth International Airport as aircraft taxi along a runway in Grapevine, Texas. Tony Gutierrez, file/AP hide caption 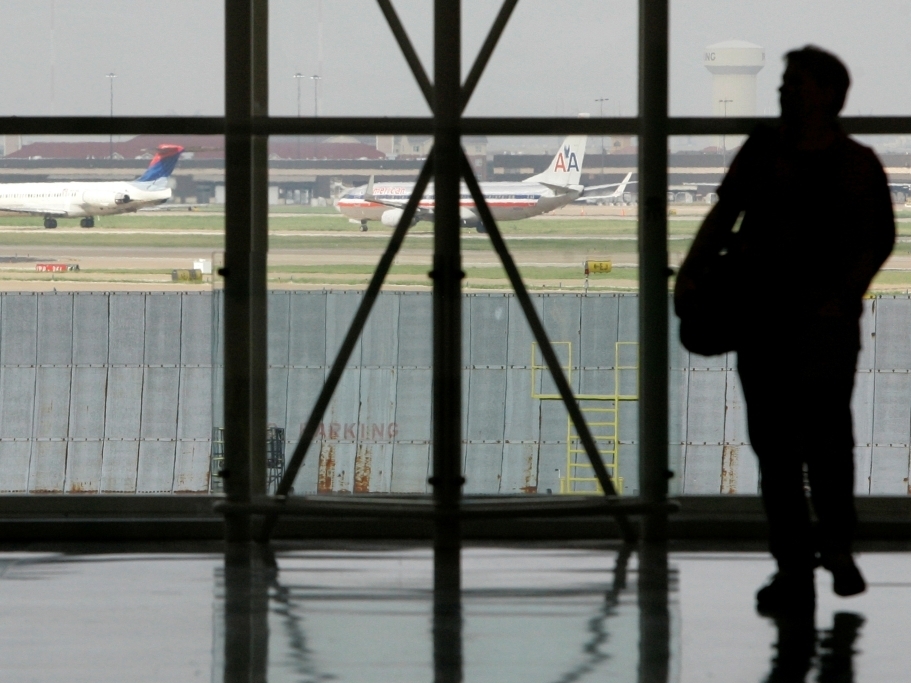 A traveler is seen in Terminal C at Dallas Fort Worth International Airport as aircraft taxi along a runway in Grapevine, Texas.

There is some good news for airline travelers with lost bags or delayed flights. The Department of Transportation announces new passenger protection measures Wednesday.

It's bad enough when an airline loses your checked bag. It adds insult to the injury when they've charged you to check that bag and you can't get your money back.

Airlines will be required to refund any checked bag fee if that bag is lost. It only seems fair, but Transportation Secretary Ray LaHood says the airline industry had to be forced into it.

"The airline is not required to reimburse you for your baggage fee, believe it or not," LaHood says. "People get so upset and mad that their bag didn't make it, and then they find out that they're not even going to be reimbursed? It's ridiculous."

New Rules At A Glance

Most of the passenger-protection regulations issued Wednesday will take effect in four months. The U.S. Transportation Department's new provisions include:

On refunding bag fees for lost luggage, the Transportation Department decided not to require refunds for bags delivered late. Airlines are already required to compensate passengers for the value of lost bags, regardless of whether a fee was paid to check them.

The new rules also expand the ban on lengthy tarmac delays to cover international carriers. Only domestic flights had been affected by the earlier rule.

Now international flights on U.S. or foreign carriers can only keep you on the ground for four hours, with exceptions only for security or air traffic delays.

During last December's blizzard in New York, passengers on at least one arriving flight sat trapped on their plane for 11 hours.

Airlines that break the rule can be fined up to $27,500 per passenger — more than $10 million for a fully loaded Superjumbo jet like the Airbus A380, although the government has never imposed anything close to the maximum.

LaHood said the government instituted the new regulations because the industry wouldn't.

"Competition has not taken care of these problems. We would not be addressing them if competition had done that," LaHood says.

The new rules also require airlines to include fees and taxes in advertised prices, and to pay passengers more if they get bumped from oversold flights.

Currently, passengers get paid up to $400 or $800 depending on how long they're delayed before catching a makeup flight. Those limits will be raised to $650 and $1,330.

Last year, airlines forcibly bumped 65,000 passengers, and another 681,000 took voluntary offers to give up their seats. Still, that's a tiny fraction of 1 percent of all travelers. The higher limits could give savvy travelers leverage to cut a better deal for their seats after gate agents ask for volunteers.

Most of the new regulations will take effect in four months.

NPR's Brian Naylor reported from Washington, D.C., for this story, which contains material from The Associated Press.