Accessibility links
The Root: The Far-Reaching Teachings Of Russlynn Ali Russlynn Ali, the Education Department's top civil rights official, works to ensure the enforcement of anti-discrimination laws related to education. Cynthia Gordy of The Root says that Ali is sailing past her critics to ensure equal access for black students.

The Root: The Far-Reaching Teachings Of Russlynn Ali

The Root: The Far-Reaching Teachings Of Russlynn Ali 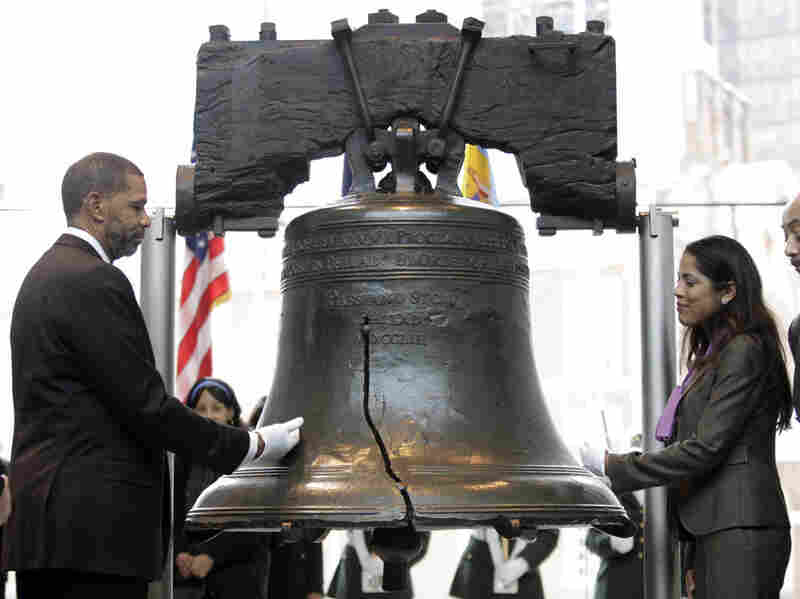 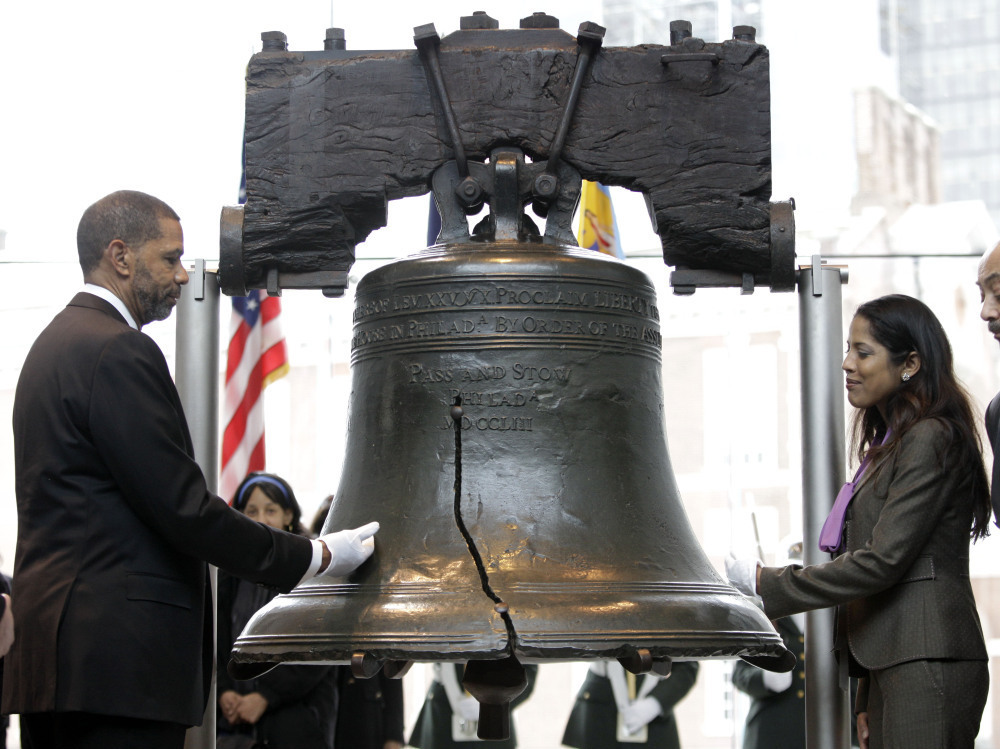 Cynthia Gordy is the Washington reporter for The Root.

President Barack Obama has frequently called education the most important civil rights issue of our generation. "There's a reason the story of the civil rights movement was written in our schools," he said at the 2009 NAACP convention, citing Brown v. Board of Education and the Little Rock Nine. "It's because there is no stronger weapon against inequality and no better path to opportunity than an education that can unlock a child's God-given potential."

Though it doesn't make headlines the way it did in the 1950s, that story is still being composed — and a black woman is wielding the pen. Russlynn Ali, the youthful, curly-haired assistant secretary of the U.S. Education Department's Office for Civil Rights, oversees the enforcement of all anti-discrimination laws related to education. With broad jurisdiction that includes admissions and recruitment, student discipline, as well as classroom assignment and grading, she investigates schools and districts nationwide to ensure equitable conduct across race, gender, national origin and disability.

It's the same perch once occupied in 1982 by conservative Supreme Court Justice Clarence Thomas. But over the past two years Ali, 40, has elevated the office's work to new heights.

While previous OCR leaders have relied on filed complaints to launch probes, Ali has proactively opened 60 investigations based on the agency's own research. That's in addition to nearly 7,000 complaints recorded last year, the most in Education Department history. Of the thousands of cases handled in the first year under the Obama administration, resolution agreements increased by 11 percent. Voluntary resolutions, in which schools made sufficient changes without additional prodding, jumped 32 percent.

"My sense of urgency could not be greater," Ali says in her raspy voice, punctuating each word with insistent hand motions over her office's mahogany conference table. "We're talking about questions of fundamental fairness — issues that have always played out in our schools. Our kids can't succeed if we don't give them the tools they need. No matter where you sit on the political spectrum, how could we not?"

Ali's latest initiative drew national attention earlier this month: new federal guidance to help schools prevent and respond to sexual violence. Vice President Joe Biden got much of the credit, thanks to a compelling speech at the University of New Hampshire condemning rape ("No means no if you're drunk or you're sober. No means no if you're in a bed in a dorm room or on the street"), as well as his pivotal role in drafting the 1994 Violence Against Women Act.

But it was Ali's office, triggered by numerous probes around the country — including an ongoing investigation of a Washington, D.C., high school where a student alleged that she'd been raped, and another at Notre Dame University, where a freshman committed suicide last fall after reporting her campus assault — that set off the effort.

"It had always been the case, but the federal government had never before said, 'Sexual violence can be a civil rights violation,' " Ali said of the guidance, which directs schools to effectively prevent and respond to incidents of sexual assault, and stresses their responsibility to address hostile environments. "We've had hundreds of institutions across the country that just didn't know what to do. It's been stunning to see how quickly they have responded."

One day after the Education Department issued the document, University of Iowa officials announced that they would adjust their sexual assault policy to bring it up to par with federal guidelines. A week later, both Yale and Stanford lowered their standard of proof required to take action in sexual assault cases.

Cracking Down on Discrimination

The office has also seen success on a local, case-by-case basis:

-In Newberry, S.C., students in the district's predominantly black high school had none of the Advanced Placement courses that were offered at the school attended by mostly white students. As a result of an investigation, the district agreed to make AP options available to African-American students, and increase outreach to black parents about college-prep courses.

-After examining disciplinary practices in St. James Parish, LA — where white students' parents were notified after a first behavioral offense, while black students were routinely given detentions or expulsions for the same first-time incidents — the district changed its procedures to stop the arbitrary exercise of school discipline and trained its faculty to ensure consistent consequences for all students.

-A new charter school in Beaufort, SC, opened in 2009 with an all-white student population recruited from private schools. Per an agreement with OCR, the school has increased the enrollment of African-American students by more than 50 percent, recruited black parents to its board of directors and increased the number of minority staff members.

"Safety is already a major problem in many larger urban schools, where it's not uncommon for students to pass through metal detectors each morning. If districts are afraid to suspend students for fear of an OCR probe, a bad situation is made worse," said a Wall Street Journal editorial. "And if AP classes will now be monitored for racial balance, schools will resort to quotas, lower standards or no longer offer the courses."

Ali insists that she's gotten only positive feedback from the thousands of schools her office has contacted. "I have heard about overreach from commentators and policymakers. I have not actually heard that from a superintendent or a school president," she says with a wry smile. "The things that we have heard from school and university officials are, 'Thank you' and 'You are helping to make us better,' because this is about us working together to do what's right for kids."

Ali's role at OCR is only the latest phase in a career dedicated to education. It has included stints with the Advancement Project, a California organization focused on opportunities for underprivileged students, and the Children's Defense Fund. A first-generation American raised in Maryland by a single mother from Trinidad, she says that one of her biggest influences was teaching "first form" (sixth grade) on the island of Antigua.

"I taught poor children who lived in poverty like something America doesn't see," she says of the job, which she took for a year between college and law school. "But they were learning an unbelievably rigorous curriculum — Shakespeare, advanced math and sciences. That's when I first started to realize than everyone truly can learn. And if we could teach kids in America, with all the opportunities in this country, the way we were teaching them there, then that would win the war on poverty."

It's this philosophy that has sometimes left Ali out of step with standard Democratic views on public education. While serving as vice president of the Education Trust, a nonprofit with a mission to improve education at all levels, she supported President George W. Bush's controversial No Child Left Behind policy.

"For the first time in federal history, we had a piece of legislation that acknowledged there was an achievement gap, and that as a nation we had to close it. That is huge," she says of the law, which also aimed to teach students at higher academic standards.

"The achievement gap is not caused because of someone's skin color," she continues. "It's caused because we take kids that have less to begin with, who are the most dependent on their schools for their learning — and then we turn around and give them less of everything that research says makes a difference. No Child Left Behind said we were going to close the gaps."

On the other hand, Ali admits that the law had its problems. Its structure, which set rigid benchmarks instead of accounting for student growth, for example, allowed states to simply lower standards to meet the bar set. Ali says that the current administration's proposals to fix the policy, announced by President Obama last month, will address those issues.

In the meantime, she's focused on trying to ameliorate educational inequities one district at a time. With a host of challenges practically everywhere, it is a daunting task.

"It's hard because it's so important," she says, arguing that it's not only a moral imperative but also a demographic one, with the country on track to have a majority of children of color by 2023. "If we could fix the schools ... if we could get this right ... then so many of the 'isms' that we face as adults would go away."