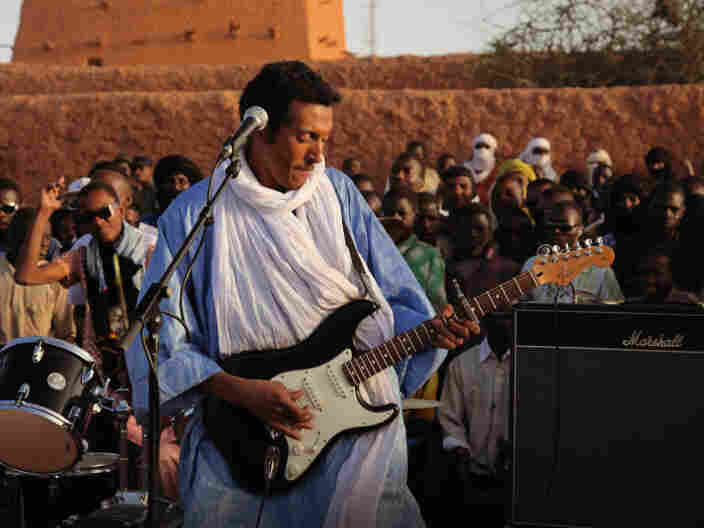 Tuareg guitarist Bombino's album will be released on April 19 in the U.S. Ron Wyman/Courtesy of the artist hide caption 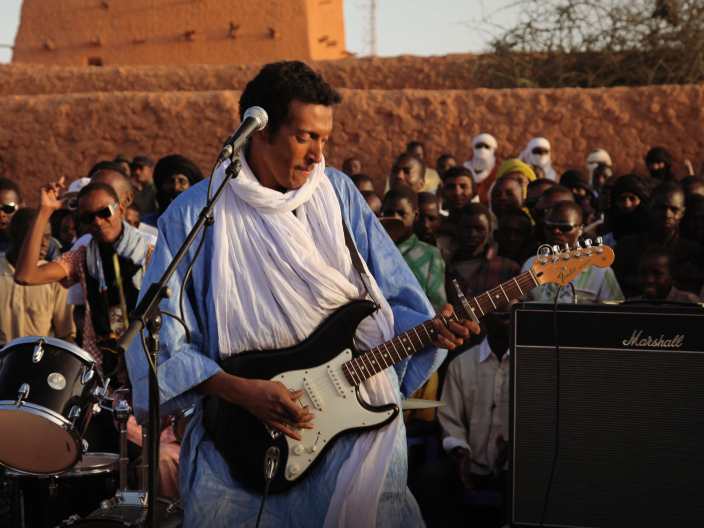 Tuareg guitarist Bombino's album will be released on April 19 in the U.S.

Ron Wyman/Courtesy of the artist

The Tuareg people of Saharan Africa have a fine music scene on their hands. In the years since these desert nomads picked up the electric guitar in the early 1980s, rebellious guitarists have given birth to what the West has come to call desert blues: an ultra-repetitive, almost meditative facsimile of psychedelic rock.

Omara "Bombino" Moctar, a 31-year-old guitarist from Niger, is the latest Tuareg phenomenon to graduate from local cassettes to internationally available CDs. His first album on an American record label, 2009's excellent Guitars From Agadez, Vol. 2, was patched together from performances recorded live in the desert. It was one of the finest albums of any kind released that year, but you couldn't help wondering what it would sound like if these extraordinary musicians were given a chance to ply their trade in an actual studio.

Those questions have been answered with Agadez, Bombino's entrancing new album, out April 19. American filmmaker Ron Wyman encountered Bombino while traveling near Agadez, a Tuareg metropolis in northern Niger. Wyman says he was blown away by the cassettes he heard and asked Bombino to come to Cambridge, Mass., to record at his home studio. They later finished the album in Niger.

The resulting music contains some of the most sublime guitar licks you'll hear in 2011. The songs on Agadez combine the best traits of Saturday nights and Sunday mornings, mixing killer solos with delicate repetition. The most magical moments come when Bombino finishes a verse — all sung in the Tuareg language of Tamasheq — and begins to lose himself in his guitar. You can't help but follow him down.