Accessibility links
First Listen: Chancha Via Circuito, 'Río Arriba' The latest album by Argentine DJ Pedro Canale is full of slow, steady beats that are sensual and yet menacing. Hear the new record in its entirety. 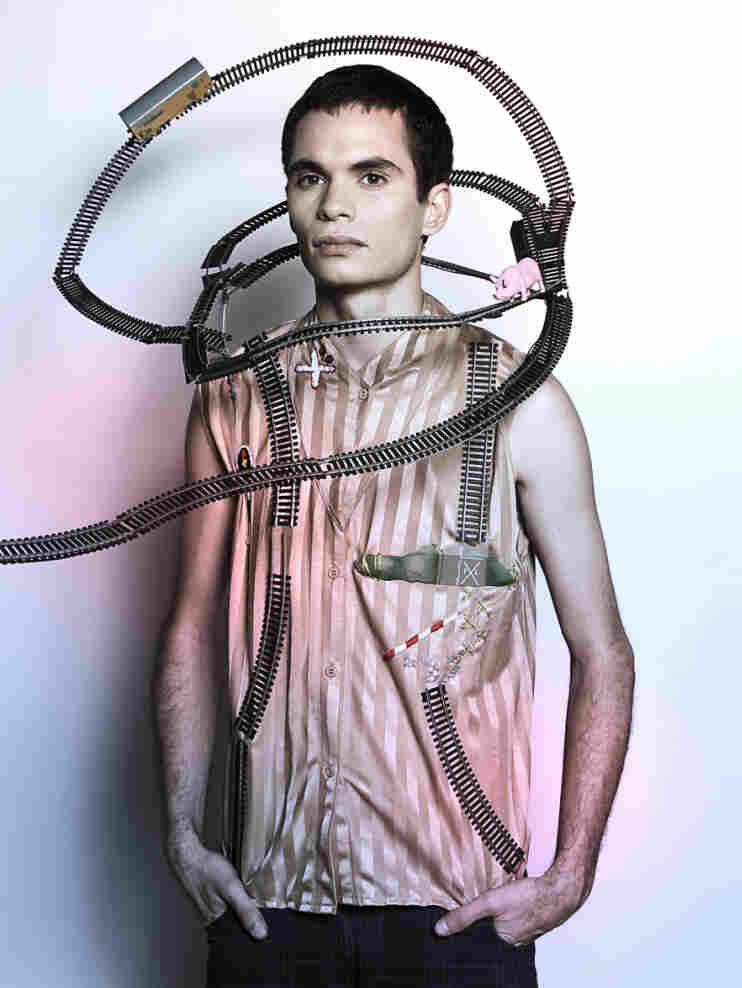 Pedro Canale named his DJ project Chancha Via Circuito after the train he used to commute to gigs in Buenos Aires. Courtesy of the artist hide caption 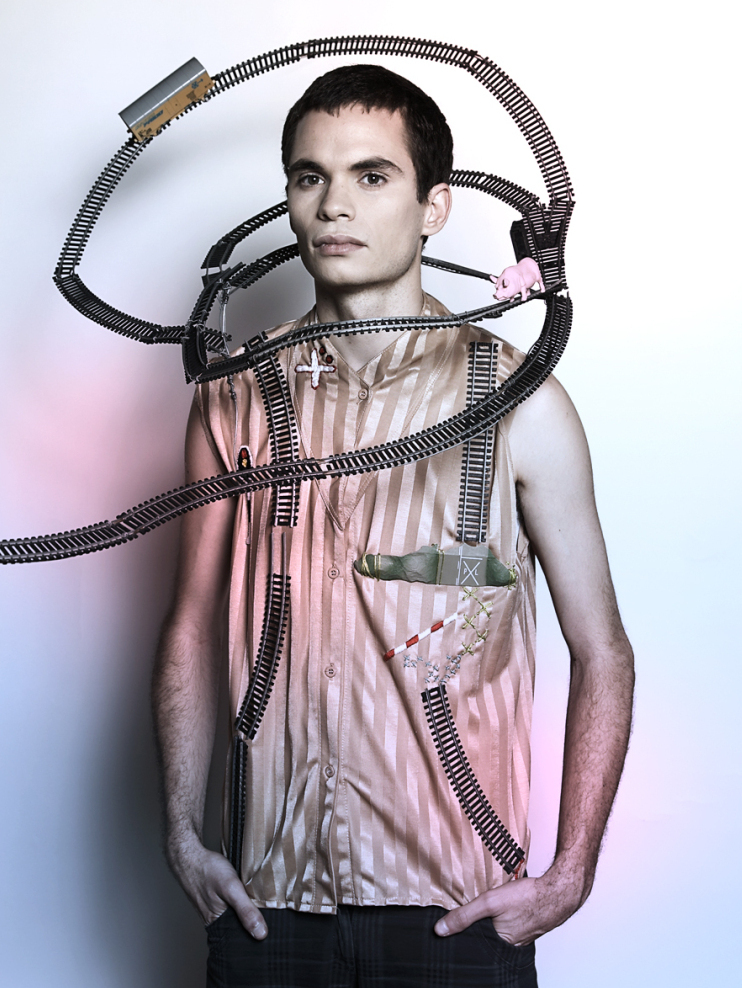 Pedro Canale named his DJ project Chancha Via Circuito after the train he used to commute to gigs in Buenos Aires.

Chancha Via Circuito is a moniker adopted by Argentine DJ Pedro Canale, who used to endure long commutes to gigs on a Buenos Aires train nicknamed La Chancha ("The Pig"). On his fascinating new album Río Arriba, which means "upriver," you can tell that he spent a lot of time sitting on La Chancha. The record is full of rusty beats that chug along with machine-like intensity, cutting across landscapes of South American cumbia, African rhythms and Andean chants. The result is a record I haven't been able to stop listening to in the year since its original release in Argentina.

Canale puts each song together with extreme attention to detail. The exquisite, eerie voices he features throughout the new album — out April 26 — sing traditional music, narrating vast landscapes and heroic deeds. You know it's going to be a larger-than-life record from the opening track, an echoing remix of Argentine folk musician José Larralde singing "Quimey Neuquén." The song tells a story of Pehuenche origin (that is, indigenous to the Andes of south central Argentina and Chile): "Sun of the sand grounds, bathed in the blood of the brave ceihuanquei / A scream is returning, on a runaway pehuenche yearling."

Río Arriba is not all ghost stories. "La Revancha de Chancha" (The Revenge of Chancha) is a fun hook-up song with a simple, playful, sexy message. But even when he's having a good time, Canale doesn't get sloppy: The beats here are as intricate and layered as any of his spookier tunes.

In recent years, there's been a cumbia revival in Latin Alternative music, but little of it has proven as brilliant as Chancha Via Circuito, whose slow, dragging, chopped-and-screwed rhythms are sensual and yet menacing. Perhaps one of the secrets to Canale's creativity lies in his record label, the amazing ZZK Records, a global urban and electronica outfit with a consistent roster of jaw-dropping artists. I highly recommend paying the label's website a visit.

Having grown up listening to cumbia and Argentine folk, and having myself spent many a sweltering summer afternoon as a kid on Buenos Aires trains, I can identify with the imagery of Río Arriba. It's the sound of patience at its limits, of everyone packed onto that old train, pickpockets and bureaucrats alike; it's the melancholy and enduring faces. It's strong and dense, like the slowly turning wheels that are so worn out, you think they could break down at any minute — but they just keep on going, kind of like us.

Back when I used to ride that train, I yearned for a car with air conditioning, and I scorned cumbia for being so crass. Listening to Río Arriba, I can only seem to remember how beautiful it was.