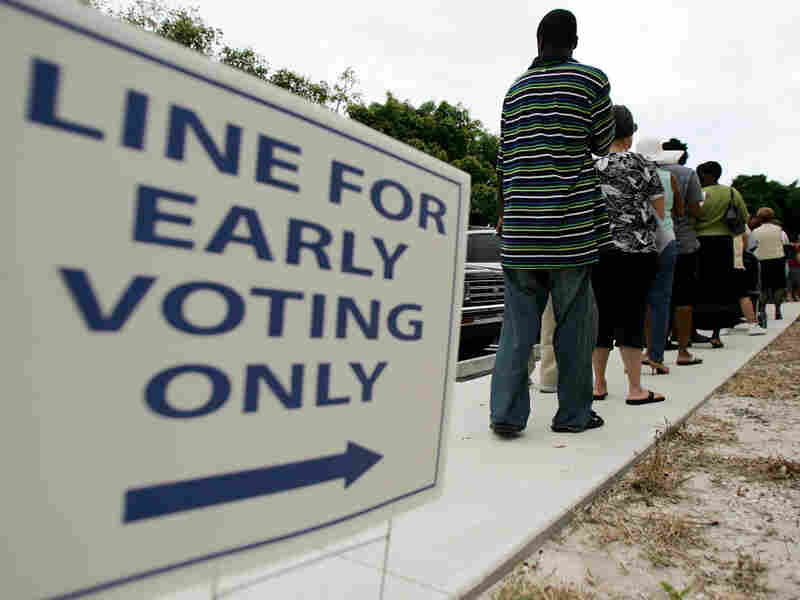 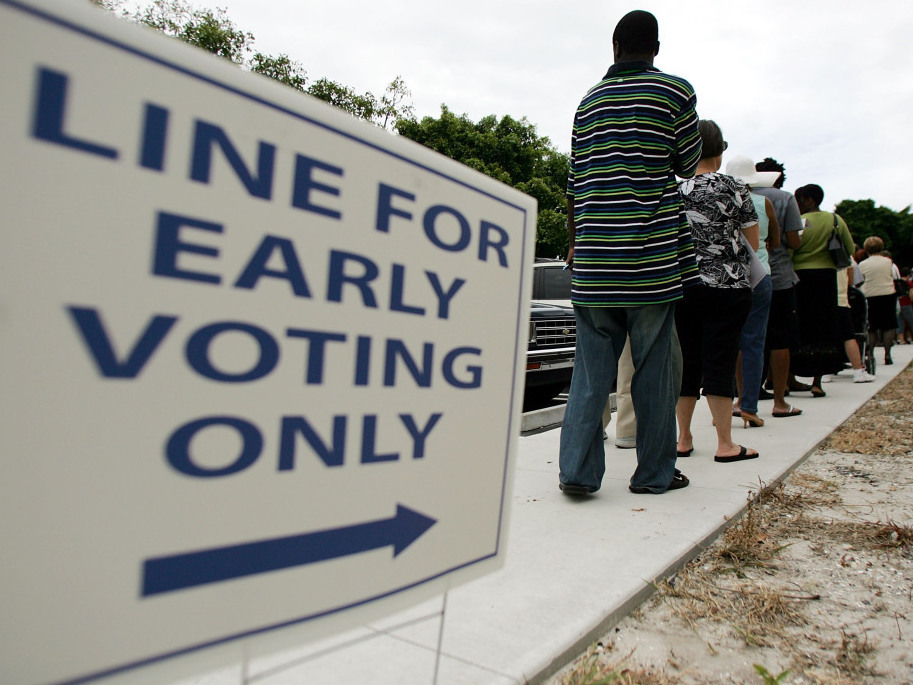 It's still a year and a half until the presidential election, but members of Florida's Legislature are already jockeying over who will be able to vote and how.

Republicans — who control both Florida's House and Senate — are sponsoring bills that would restrict the ability of third-party groups to conduct voter registration drives. Another measure would slash the number of days allotted for early voting.

Democrats and independent voter groups say it's all about politics.

As the nation learned in 2000, the way voting is conducted in Florida can sometimes be chaotic and contentious. To help bring order to the process, Florida began allowing voters to go to the polls early.

It was a big success. In the 2008 presidential election, about a third of those who cast ballots did so in early voting.

It was so popular, in fact, there were long lines. At a library in Miami-Dade County, the wait was too much for Martha Torres.

"I'm leaving," she said at the time. "I'm going to vote some other day." Asked why, Torres said she was told there would be "an hour waiting in a pre-room, and then going upstairs and waiting another hour."

Going to the polls early is a success with voters and also with county elections supervisors. They say that in years with big turnouts — presidential elections, for example — early voting acts as a relief valve that makes Election Day much more manageable.

So why, you may wonder, are Republicans in Florida's Senate proposing to slash the time for early voting in half — cutting it from 14 days to seven? State Sen. Miguel Diaz de la Portilla says it's about efficiency and saving money.

"By shortening that time frame," he says, "you save local governments a lot of money and administrative expenses."

I think what's going on around the country is really a step back. They're really turning back the clock to darker days when there was an effort to really stop people from voting.

Diaz de la Portilla, a Republican from Miami, explained his bill to senators at a hearing in Tallahassee last week. He never indicated that he had any recollection of the long lines for early voting in 2008.

He did acknowledge, though, that next year's presidential election may be even busier than in 2008, when three-quarters of registered voters in Florida cast ballots.

It's the kind of statement that sometimes pops up in Florida's Legislature, where Republicans have a supermajority and where Democrats are largely irrelevant.

"If you think of what the presidential elections were the last time and how many hours our voters stood in line, and think of only having one week to do it in — to me, it's Machiavellian," she says.

A Return To 'Darker Days'?

It's one of several measures to revamp election rules that Democrats and watchdog groups say will disenfranchise many voters. Another imposes new restrictions — and potential fines — on independent groups that conduct voter registration drives.

In a year when the Republican Party has strengthened its control in state legislatures across the country, many states, like Florida, are considering changes to their voting laws. More than 30 states, for example, are considering bills that would strengthen rules requiring people to show photo IDs in order to vote.

"I think what's going on around the country is really a step back," he says. "They're really turning back the clock to darker days when there was an effort to really stop people from voting."

In Florida, the proposed election changes are still in flux and may not become clear until the House and Senate decide on a final version later this month.

Donald Trump Thinking About Running For President ... Or Maybe Not April 21, 2011