Accessibility links
History Repeats Itself In 'Cultures Of War' In the wake of Sept. 11, World War II terms like "ground zero" and "day of infamy" quickly became common parlance. And when the U.S. went to war in Iraq in 2003, historian John Dower writes in his book Cultures Of War, he saw other WWII parallels, as dissent was quashed and, he says, strategic blunders piled up. 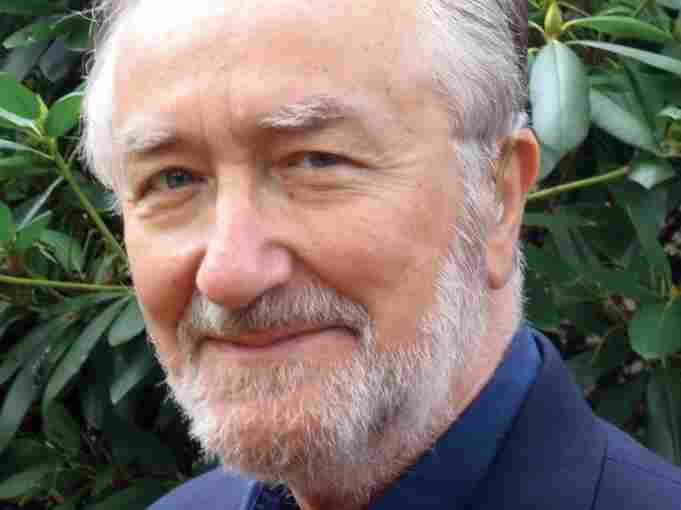 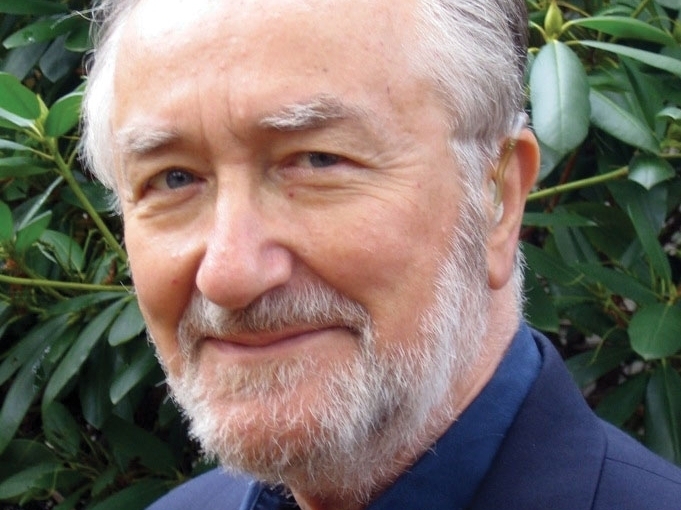 John W. Dower won the Pulitzer Prize for his book Embracing Defeat: Japan in the Wake of World War II.

On Sept. 12, 2001, newspaper headlines nationwide read "Day Of Infamy" — harkening back to the Japanese bombing of Pearl Harbor in 1941. Within days, other World War II terms like "ground zero" and "kamikaze pilots" had become common parlance.

Historian John Dower, the Pulitzer Prize-winning author of Cultures of War: Pearl Harbor/Hiroshima/9-11/Iraq, anticipated the WWII references as soon as he learned that terrorists had flown planes into the World Trade Center and the Pentagon. "The immediate connection everyone made was Pearl Harbor," he tells NPR's Neal Conan.

The Sept. 11 attacks also represented an "enormous failure" of U.S. intelligence, he says — a failure in which he saw other eerie echoes of World War II. "So I went back and reread all the studies of ... the disaster at Pearl Harbor, why we were caught short, compared it to what we know about 9/11." And as the United States began a march to war, culminating in the 2003 invasion of Iraq, Dower began seeing the similarities between those intelligence failures piling up.

The Iraq invasion, says Dower, "was a true intelligence disaster. I mean, that was simply appalling. ... There was no thinking ahead, and then the comparison gets very interesting.

In 1941, says Dower, the Japanese forces grossly miscalculated how the United States would respond. "They knew the Americans had more industrial capacity [to react militarily], but they thought the Pearl Harbor attack would demobilize the Americans. Adm. Yamamoto, the man who devised the Pearl Harbor attack, said, 'We hope this attack will so weaken their morale that they will not respond effectively.' " Of course, says Dower, the U.S. response "was just exactly the opposite."

And when American forces invaded Iraq in 2003, Dower says, "the armies went in with absolutely no understanding at the top levels ... of the nature of the society they were taking on — of the potential eruptions and factionalism and internal strife and opposition they would face in Iraq."

Dower also faults the U.S. military for failing to anticipate the looting in Baghdad that followed the fall of Saddam Hussein's government. Again, says Dower, the fall of Japan in 1945 should have provided a valuable lesson.

"It's not very often remembered," he says, but in the two weeks between when the Japanese capitulated and U.S. troops arrived to occupy the island nation, "enormous amounts of military supplies ... disappeared into the hands of local police. ... Local politicians were involved, local capitalists were involved. And we're talking everything from precious metals and medicines down to blankets."

The looting, he says, was quickly quashed with the arrival of U.S. troops, but "that initial damage was enormous. ... It fed an inflation, it fed a black market that ravaged" the Japanese economy.

When he reflects on the similarities between the two conflicts, Dower says he always returns to a phrase coined by historian Samuel Eliot Morison to describe the attacks on Pearl Harbor: "It was 'tactically brilliant, and strategically imbecilic.' " 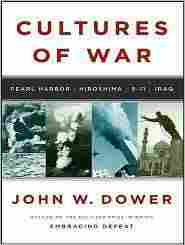 Infamy And The Cracked Mirror Of History

Shortly after noon on December 8, 1941, President Franklin Roosevelt appeared before a joint session of Congress to deliver one of history's most famous war messages. These were his opening words:

Yesterday, December 7, 1941 — a date which will live in infamy — the United States of America was suddenly and deliberately attacked by naval and air forces of the Empire of Japan.

A date which will live in infamy — the phrase quickly became an indelible part of American history. Little known is the fact that this fine rhetoric was an editorial afterthought.

The Japanese had deliberately chosen Sunday, a quiet day, for their attack; their first wave of planes swooped in from six aircraft carriers just before eight o'clock in the morning. Three hours later, around five in the evening Washington time, the president summoned his secretary and began to dictate his message to the nation. No speechwriters were involved. The words were Roosevelt's own, and we still possess the typed text that was made from this session — heavily marked in pencil with the president's subsequent revisions. In the original version, the message began as follows: "Yesterday, December 7, 1941, a date which will live in world history ... "

What a difference a second draft can make.

Immediately, "infamy" became American code for "Pearl Harbor," as well as code for Japanese treachery and deceitfulness — a stab in the back that cried out for retaliation and would never be forgotten. When the September 11 terrorist attacks occurred in New York and Washington just a few months short of six decades later, "infamy" was the first word many American commentators summoned to convey the enormity of these crimes. Pundits and politicians and appalled Americans everywhere almost reflexively evoked "Pearl Harbor." Past and present were momentarily fused, like a flashback in a film.

I was in Vermont on September 11. The next day's banner headline on one newspaper read simply "Infamy!" On the other local paper it was "Day of Infamy!" My hometown newspaper, the Boston Globe, headlined its September 12 issue "New day of infamy." The weekly edition of the Washington Post, which arrived a few days later, filled its front cover with President Roosevelt's exact quote: "A Date Which Will Live in Infamy."

President George W. Bush seized the same historical analogy when dictating to his diary on the night of September 11. "The Pearl Harbor of the 21st century," he recorded, "took place today." At the opposite end of the political spectrum, the liberal columnist Paul Krugman, reflecting on the first anniversary of 9-11, wrote, "It was natural to think of Sept. 11 as the moral equivalent of Pearl Harbor, and of the struggle that began that day as this generation's equivalent of World War II."

What Krugman was evoking was the other side of infamy: the moral outrage and thirst for revenge against a shameless foe that the crime of September 11, like that of December 7, triggered. "Remember Pearl Harbor," far and away the most popular rallying cry in America's war against Japan, ended only three years and eight months later, after the atomic bombing of Hiroshima and Nagasaki. (In the U.S. military, the slogan was sometimes rendered more graphically as "Remember Pearl Harbor — Keep 'em Dying.") After the destruction of the World Trade Center and attack on the Pentagon, the ubiquitous slogan was "9-11 — We Will Never Forget."

The similarity of these battle cries was not mere coincidence. Like the language of "infamy," the call for everlasting remembrance of September 11 was all the more effective because most adult Americans immediately grasped — or grasped at — the resonance between the two catastrophes. As a billboard on the Kennedy Expressway in Chicago made clear, no one needed footnotes. Never forget! exhorted the legend in the middle, flanked right and left by two dates: December 7, 1941, and September 11, 2001.

Poor Japan: so many postwar years devoted to burying the past and proving itself a peaceful nation and devoted ally of the United States — and suddenly nineteen suicidal Islamist terrorists in hijacked airplanes had resurrected searing memories of the old and ostensibly bygone war. "Infamy" and "Remember Pearl Harbor" turned out to be but opening notes in an expansive rhetorical interplay of past and present. The attacks on Manhattan and the Pentagon also became likened to kamikaze attacks, even though these Japanese suicide tactics were not adopted until late 1944 and had nothing to do with Pearl Harbor or, indeed, with targeting civilians. The devastated World Trade Center site itself was christened "Ground Zero," a name originally associated with the nuclear destruction of Hiroshima and Nagasaki in 1945. Transparently evoking the famous posed photograph of Marines raising the Stars and Stripes on Mount Suribachi on Iwo Jima in early 1945, a photo of firemen raising a flag amidst the smoldering ruins in Manhattan received wide circulation as a symbol of America's heroic resolve to crush the enemy and fight through to victory. These iconic images of GIs in 1945 and New York City firemen in 2001 were frequently reproduced side by side.

The president and his speechwriters lost few opportunities to cast the new crisis in the mold of the old war. Just as Roosevelt had declared war on Japan with a memorable speech, Bush moved quickly to declare a "war on terror." Lost in the process were vast differences between 2001 and 1941. Unlike Japan and Germany, with their formidable military machines, the new antagonists were transnational, crudely armed, loosely organized, and committed to ad hoc "asymmetric" tactics of confrontation and destruction. They materialized and disappeared like phantoms. Politically, however, what mattered more than such differences was the opportunity to brand and empower President Bush, like Franklin Roosevelt and Harry Truman before him, as a war president. 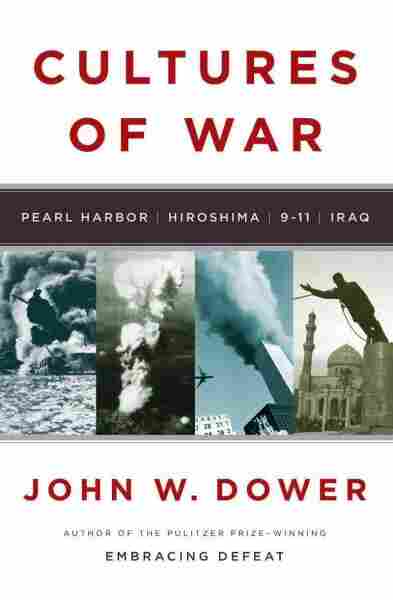