Accessibility links
Best Music Of 2009, From Robin Hilton We all have our own system for making a list of favorite albums. All Songs Considered producer Robin Hilton goes entirely by memory. When December rolls around, which albums stand out?

Back in February, I wrote on the All Songs Considered blog that the new music of 2009, at that point, was already better than all of 2008. Some listeners charged me with heresy. It's not that 2008 didn't have memorable records (I'm thinking of Bon Iver's For Emma, Forever Ago and Deerhunter's Microcastle). But, early on, 2009 seemed like it was going to be an unusually strong year. As the months passed, it just kept getting better, with new releases from St. Vincent, Wilco, Metric, The Dirty Projectors and many more. 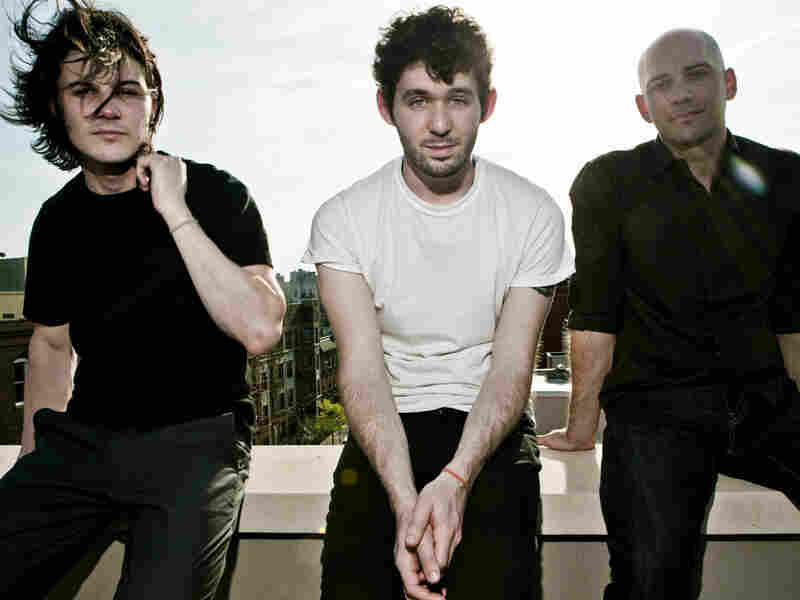 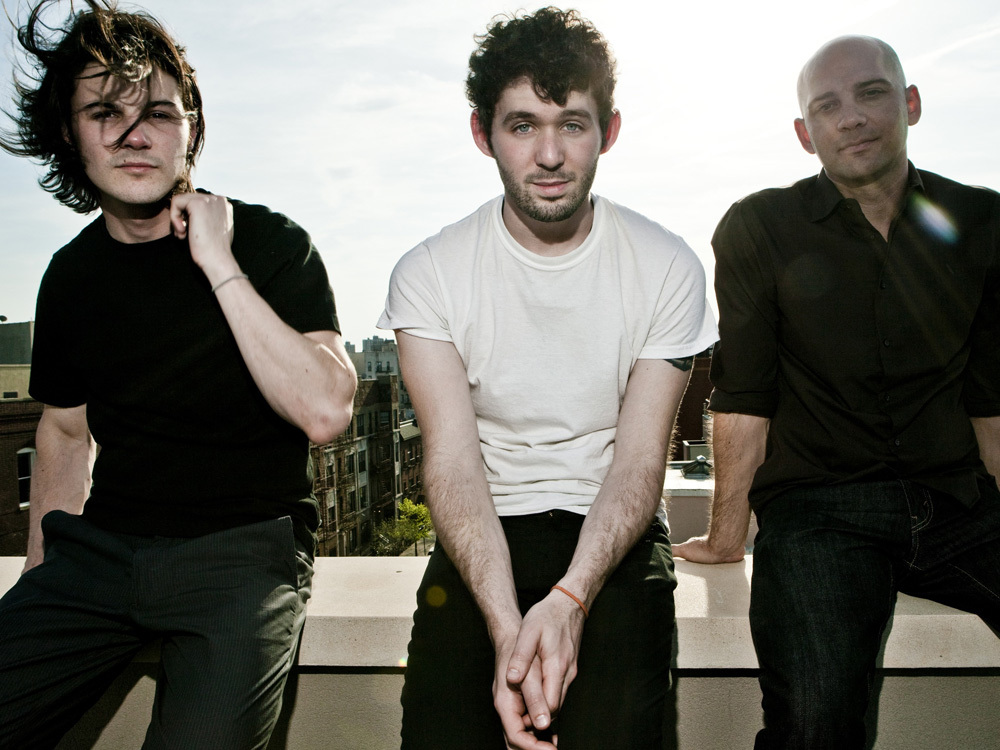 For that blog post in February, I made an early Top 10 list, knowing full well that it would change and evolve as the year wore on. Now that we're at the end of 2009, I've looked back at that early list and found that four albums held on to the end (The Antlers, The Decemberists, Jason Lytle and Laura Gibson), while the other six (Animal Collective, M. Ward, Andrew Bird, Dan Deacon, U2 and Mirah) dropped off my personal list.

We all have our own system for making a list of favorite albums. All Songs Considered host Bob Boilen gives songs star ratings in iTunes, then looks to see which he rated highest during the course of a year. NPR Music producer Lars Gotrich reorders slips of paper with album titles on them, searching for the right mix. I go entirely by memory. When December rolls around, which albums stand out? Which ones are strong enough that I remember them and still listen to them at the end of the year? I had a hard time picking just 10 this year. But the ones listed below are a good place to start.

More Coverage Of The Best Music Of 2009 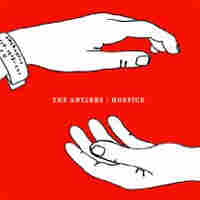 The Antlers self-released this stirring concept album in January and toured the country, playing for tiny clusters of curious listeners in noisy bars. By August, Frenchkiss Records had picked up Hospice and given it a proper release, while the band booked sold-out shows at the Bowery Ballroom in New York and other venues usually reserved for more established acts. Hospice, frontman Peter Silberman's elegy to a dying friend, rattles the heart. At times, it's full of so much grief and longing, it's admittedly a little hard to take. But instead of evoking despair, Silberman's poetry, his soaring orchestrations and delicate falsetto leave you in awe at how fragile and beautifully mysterious life can be on spaceship earth. 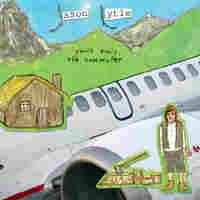 Jason Lytle, the former frontman for the Modesto, Calif., band Grandaddy, is first and foremost a storyteller. His neo-psychedelic pop songs tell sometimes wrenching but always compelling tales of destitute drunks, shattered suburban dreams and at least one robot that died from loneliness. They're songs that unfold with the plainspoken elegance of a Raymond Carver short story, striking an utterly affecting balance between the cosmic and the comic. As I noted on the Year In Review episode of All Songs Considered, I don't normally fall in love with songs specifically for the lyrics, but Lytle's perfectly paced narratives grab hold and pull me in more than anything. 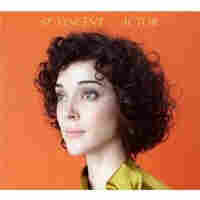 Save Me from What I Want

When Annie Clark emerged in 2007 with her debut album under the name St. Vincent, it was clear that she was an exceptionally talented artist. Marry Me won over fans and music critics with its off-kilter rhythms, unconventional mix of strings and electronics, and Clark's cryptic lyrics. But there was little to indicate that St. Vincent would take the sort of sonic leap the band takes on this year's breathtaking follow-up, Actor. The arrangements are more sophisticated, the songs more evolved and expansive, with cascading walls of noise and scorching guitars that crash and fade into moments of delicate beauty. Clark likes to play around with form, and the results are always beguiling. 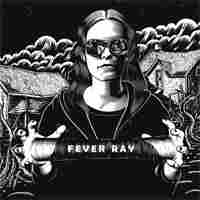 If I Had a Heart

A lot of times, when an artist breaks from his or her band to go solo, the results are underwhelming. But when Karin Dreijer-Andersson went on hiatus from The Knife to release this collection of songs under the name Fever Ray, the music actually got better. Andersson's world of sound is just as atmospheric as The Knife's, but a little less icy. Her songs are hypnotic, deep, dark and richly layered. Fever Ray is just a creepy, strange and beautiful album that will haunt me for years. Be sure to check out the mind-blowing video Fever Ray did for the song "Seven." 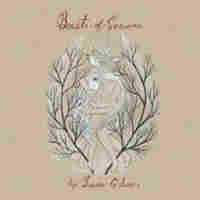 Beasts of Seasons opens with a creeping, slow bloom of feedback and static. If it's the sonic equivalent of darkness and what may be lurking there, then Laura Gibson's fragile voice and plaintively strummed guitar soon emerge as a flicker of light. It's a mesmerizing contrast, as the curtain rises for Gibson's arresting meditations on life and death. Producer Tucker Martine flawlessly executes this balancing act, pairing the beautiful with the gloomy to create a mysterious world of curiosities. 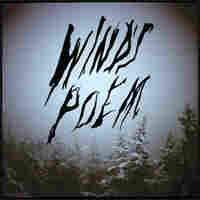 Listen to the explosive jolt of monstrous guitar noise that kicks off this album and you may wonder what you've gotten yourself into. Phil Elverum, Mt. Eerie's only permanent member, found inspiration in dark heavy metal for this ear-shocking collection of songs. But it's not at all the scream-fest you might expect. Sitting gently at the center of the noise is Elverum's delicate voice and beautiful melodies. Few albums demand or capture your attention as much as this one does. It's impossible not to listen. I came to this album really late this year -- just in the last few days, in fact -- and think, given a few more months to gestate, it could move to the top of my list. 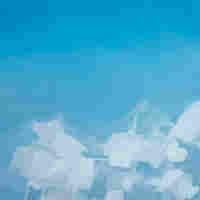 It took nearly eight years to make, but Circulatory System's breathtakingly inventive new album, Signal Morning, justifies the wait. The 17 new tracks, culled from hours of recorded material and meticulously pieced together in more than half a dozen different studios, are sonic wonders. Obliterated guitars rumble over strange, fluttering textures. Vintage synth lines and quirky found sounds tumble together amid psychedelic melodies and harmonies. It's a mysterious and mesmerizing world of orchestrated chaos that offers new discoveries with each listen. 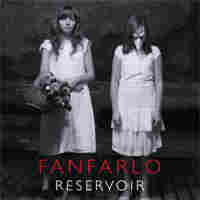 I've got a short attention span and way too much music to listen to. So I'm always looking and listening for songs that are immediately catchy, or ones that make me stop whatever I'm doing to tune in. When I put on Reservoir, I was in love within the first five seconds. The six members in this London-based group are really young, but don't suffer from a lack of inspiration. Melodic and full of life, their songs are just enchanting, bringing to mind the best of other bands like Beirut, Arcade Fire or Neutral Milk Hotel. I'm really looking forward to hearing what Fanfarlo comes up with next. 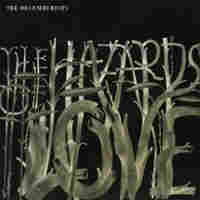 The Wanting Comes in Waves

When it first came out in March, I predicted NPR listeners would pick this as the No. 1 album of the year. While that didn't happen (it came in at No. 6), it's still a remarkable work of art -- epic, sprawling and evolving. Early on in the band's career, The Decemberists got a well-earned reputation for quirky, earnest little songs that drew as much from sea shanties as from British folk and pop. For this album, frontman Colin Melloy wisely turns part of the lead-vocal duties over to guest singers Becky Stark (Lavender Diamond), Shara Worden (My Brightest Diamond) and Jim James (My Morning Jacket), and takes the band deep into progressive rock territory. If The Decemberists stay on this trajectory, in another five to ten years no one will even recognize this band.