Accessibility links
Movie Review - 'The Bang Bang Club' - The Shooter's Life, Under The Lens Four combat photographers grapple with the psychological fallout of their jobs — and of fame — in apartheid-era South Africa. Ryan Phillippe and Taylor Kitsch co-star in a film based on true events.

'Bang Bang Club': The Shooter's Life, Under The Lens

'Bang Bang Club': The Shooter's Life, Under The Lens 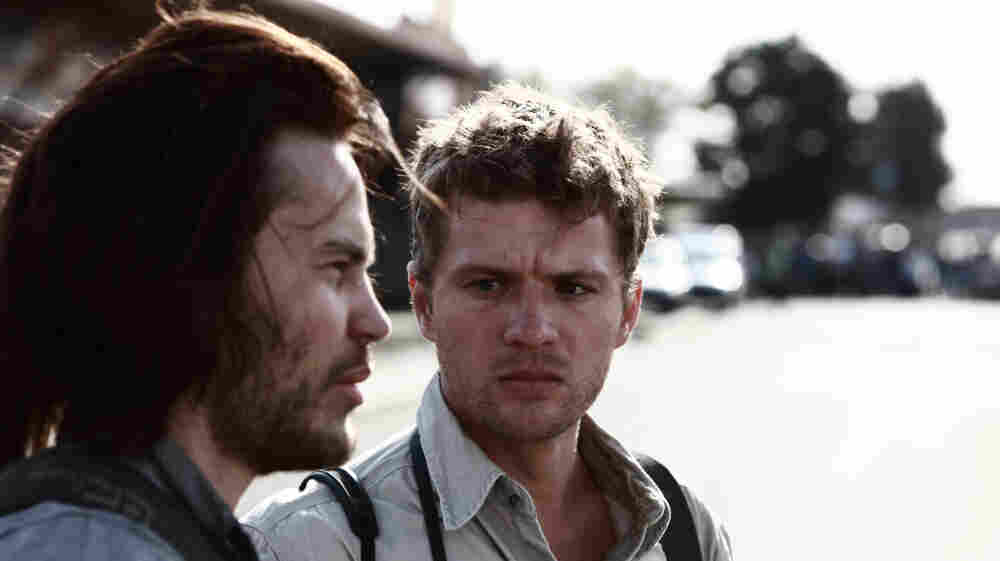 Triggermen: Greg Marinovich (Ryan Phillippe, right) and Kevin Carter (Taylor Kitsch) are two of the four combat photographers who made a name for themselves as the Bang Bang Club. Marcus Cruz/Tribeca Film hide caption

'A Thing Of Beauty'

'A Thing Of Beauty'

"Why do you care? Just take the picture." Those are words to live by for the members of the Bang Bang Club, a quartet of combat photographers who gained international recognition for the pictures they took in South Africa during the bloody conflicts that marked the final years of apartheid.

Tough talk or no, it's the personal and professional struggles of these men — who witnessed daily atrocities that their jobs dictated they could never try to stop, and who put their own lives in peril to illustrate events for the world — that is front and center in a new film adaptation of the 2000 book written by club members Greg Marinovich and Joao Silva.

Marinovich (Ryan Phillippe) is the central figure of the narrative, and the last member to join the group. Starting the film as a freelancer, he establishes his fearlessness by capturing a series of stunning shots from within the compound of a militant wing of the Inkatha Freedom Party — a Zulu-dominated rival of Nelson Mandela's African National Congress. The photos land him a spot at the Johannesburg Star, where the other photographers take him under their collective wing, shooting the conflict by day and partying by night.

Though Marinovich is the focus, there's a sense that each of these four men have equally compelling stories. But Director Steven Silver resists the story's natural pull toward ensemble drama, creating maddeningly incomplete sketches and two-dimensional archetypes for the rest. Ken Oosterbroek (Frank Rautenbach) is the stern, strong leader; Kevin Carter (Taylor Kitsch) the reckless loose cannon; and Silva (Neels Van Jaarsveld) the quiet, thoughtful conscience.

Breaking up the boy's-club atmosphere is Robin Comley (Malin Akerman), the Star's photo editor, given little to do besides provide a romantic subplot to Marinovich's story. One scene that does give her character some definition — she makes a rare trip into the field, witnessing horrors usually only viewed through her loupe — only serves to highlight how under-drawn she is otherwise.

But it's the film's portrait of Kevin Carter that's particularly frustrating. The least equipped to deal with the psychological demands of his profession, he is undone by the work-hard/play-hard regimen, slipping through the cracks of the rock 'n' roll lifestyle that fame affords the foursome and sliding into drug use and depression. His status as a supporting player in Silver's scheme leaves him seeming like little more than a caricatured cautionary tale, when he really embodies the inner turmoil the movie struggles to address, but never quite digs into. 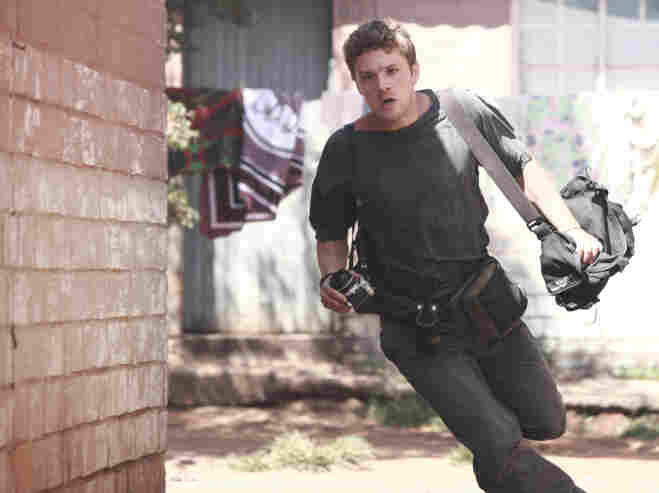 Marinovich, who co-wrote the memoir Steven Silver's film is based on, takes one of the photos that makes the group's name — and makes him a target in an investigation. Marcus Cruz/Tribeca Film hide caption 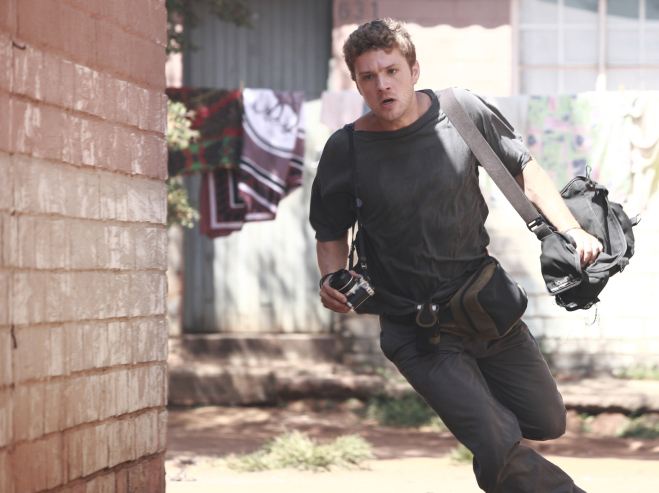 Marinovich, who co-wrote the memoir Steven Silver's film is based on, takes one of the photos that makes the group's name — and makes him a target in an investigation.

Still, Silver shoots the film with a breathless real-world immediacy. His specialty until now has been documentary work, and his footage in scenes of chaotic violence is The Bang Bang Club's greatest strength. The sequence in which Marinovich shoots his Pulitzer Prize-winning snap — of a suspected Inkatha spy being simultaneously burned alive and hacked at by a machete-wielding ANC fighter — is as deeply disturbing for the viewer as it is for Marinovich. He stands feet away as the man is beaten, doused in gasoline and set aflame, then runs alongside, still shooting, as the burning man attempts to flee in agony. It's the one moment in the film where Silver organically conveys, within the context of the action, both the emotional fallout and the imminent disaster faced by these journalists every day.

The ethics of the photographers' noninterventionist credo is often called into question, particularly when Carter gets taken to task in the media for his own prize-winning shot of a vulture stalking a famine-stricken child in Sudan. To his credit, Silver raises the issue without undermining the unquestionable bravery a conflict photographer must display to get the story.

But the power of that examination is diluted by the film's waywardness. A slideshow of actual photographs by the Bang Bang Club during the end credits packs more emotional punch than anything that precedes them, displaying in their still frames the singular focus that the movie lacks.