Accessibility links
Syrian Activist In Hiding Presses Mission From Abroad Young social media activists are playing a major role in the uprising in Syria. But some have been forced to flee, including Rami Nakhle, who is now working from across the border in Lebanon. His site has become a hub for protest pictures, eyewitness accounts and the names of the dead. 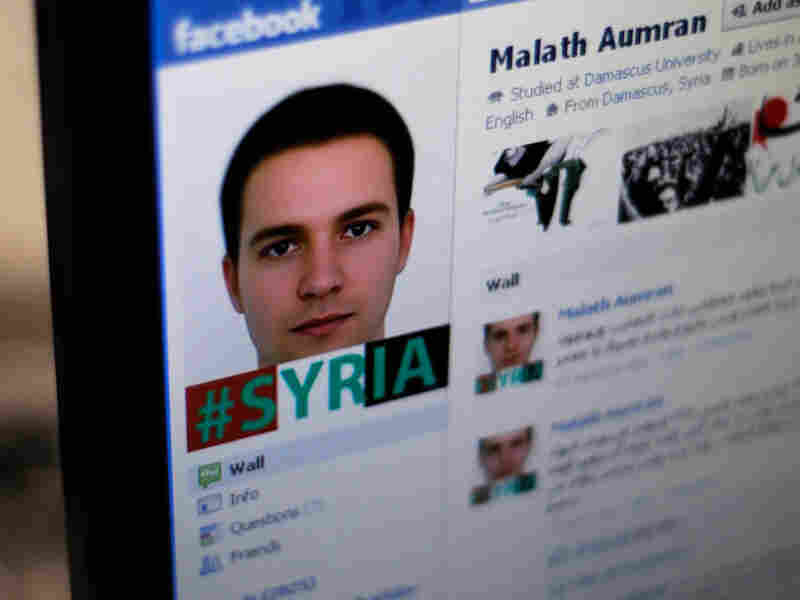 In Syria, young social media activists are playing a major role in what began as a demand for reform and now seems to be a call for revolution.

They are part of the same Facebook generation that helped topple autocrats in Tunisia and Egypt. But in Syria, protest is a very dangerous business. Some activists have been forced to flee. They now work across the border in Lebanon, with simple tools — cell phones and touch pads.

Rami Nakhle, 27, is on the run — he changes his numbers often and doesn't give out his address. In Syria, he is a wanted cyber activist. He fled to Lebanon ahead of a prison sentence.

"I went to hiding for one month in Damascus. During this time we were looking for smuggler, and I smuggled here," he says.

Nakhle has a revolutionary Facebook page under an assumed name. He was questioned dozens of times by a Syrian secret police officer in Damascus, who finally figured out that the Facebook activist and Rami Nakhle were one and the same.

"So, he went just immediately, directly to my wall in Facebook and he said, 'Hello, Mr. Nakhle, we got you,' " Nakhle says. That was about 10 days ago — and Nakhle was already in Beirut. 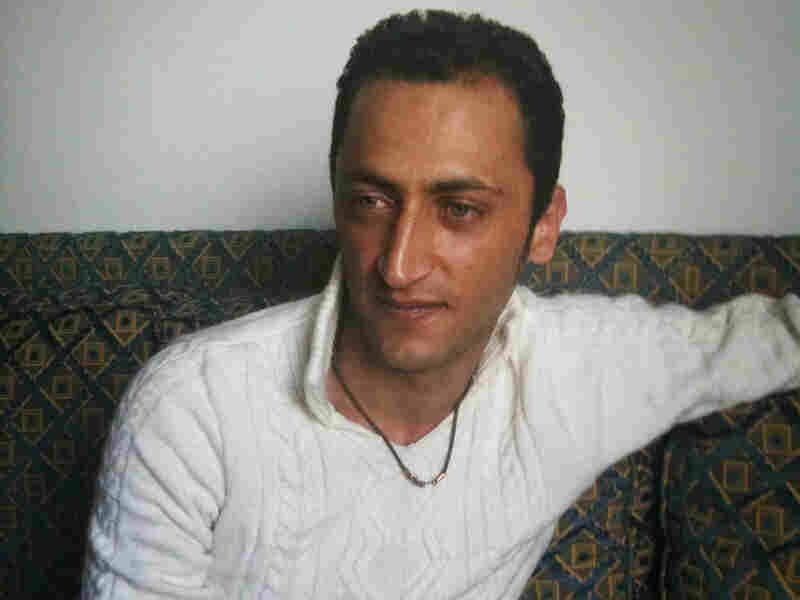 Nakhle works from a sparsely furnished safe house. A TV clicker and a camera sit next to a full ashtray and a cold pot of tea. Nakhle's site is now a hub for protest pictures, eyewitness accounts and the names of the dead documented by human rights groups — a network of activists who know and trust each other.

"We are playing two roles: first, to spread the news, then to influence the street. We are not leading at all, but we're trying to influence," he says.

He downloads a live stream of cellphone videos for uploads to YouTube. Syria has banned almost all international media, but Nahkle says, so far, Syria's social media network can beat the ban with technology.

When the Arabic channel Al-Jazeera broadcasts the latest news, the images come from Nakhle's network: "Now there is breaking news in Al-Jazeera, saying a protest near to Damascus, chanting, 'We are peaceful protesters for freedom,' " he says.

These protests are an unprecedented challenge to President Bashar al-Assad — and his family, which has ruled the country for more than 40 years. The cost has been high: at least 200 dead, according to human rights groups, and many cyber activists have been jailed. But Nakhle says more are joining.

"We were not expecting this, but we have, like, thousands and thousands of youth. It's like a national brainstorming, really," he says. "It's like, they are creative and every idea just will get picked up by many, many, many small groups."

At 27, Nahke is a veteran of the movement. He was in close contact with Tunisian and Egyptian activists and learned from their failures and their successes. The Syrian leadership has learned nothing from the Arab uprisings, Nahkle says. They use old tactics of concessions followed by violence against a growing movement that has lost its fear, while armed with smartphones and upload links.

Even Nakhle admits that Syria is different from other Arab countries, and that it will take time. Syria has a substantial number of regime supporters, especially in the capital, despite having one of the most repressive governments in the region. Still, Nakhle insists, the revolution has begun.

It "is impossible to crush this movement for Bashar al-Assad because the change is not changing the regime, it's changing the mentality of the street," he says.

His optimism is reflected on the Facebook page that almost sent him to prison. He posted: "I see light at the end of the tunnel."