Accessibility links
In A Global Age, A Whole New World Of Foreign Films From a Quebecois story set in the Middle East to a Mexican story of immigrants in Barcelona, this year's Oscar nominees for Best Foreign Language Film are more about the global experience than the national one. 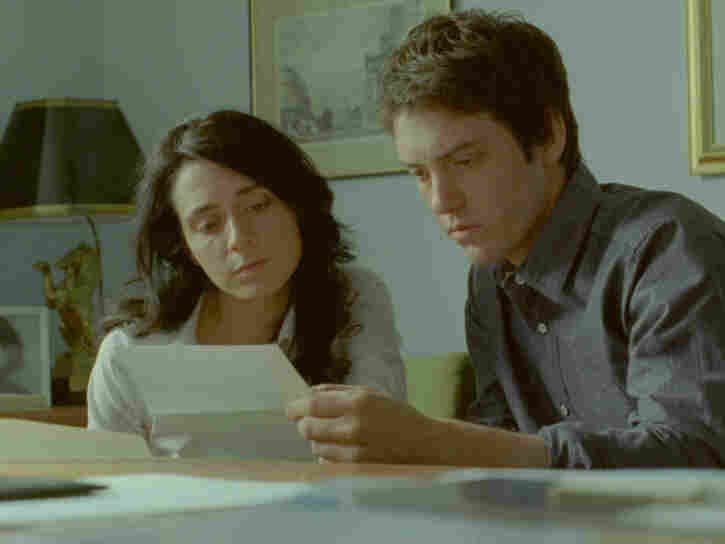 In Incendies, twins Jeanne and Simon Marwan (Melissa Desormeux Poulin, Maxim Gaudette) go to the Middle East in search of the father they thought was dead and the brother they never knew. micro-scope/Courtesy of Sony Pictures Classics hide caption 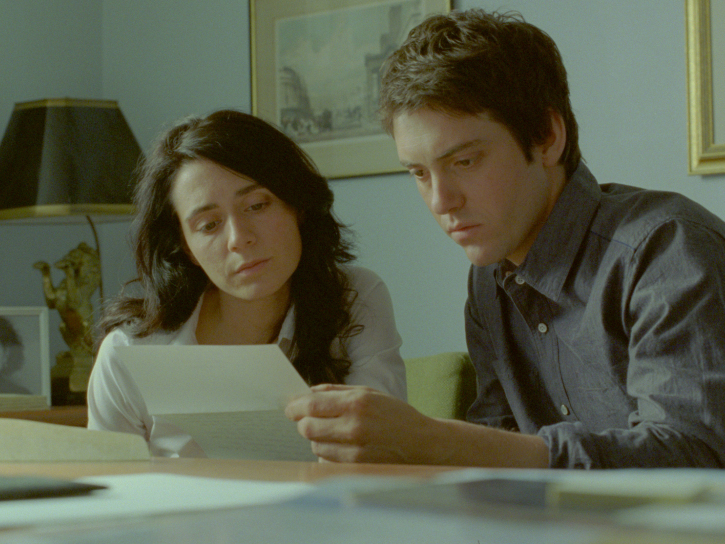 In Incendies, twins Jeanne and Simon Marwan (Melissa Desormeux Poulin, Maxim Gaudette) go to the Middle East in search of the father they thought was dead and the brother they never knew.

Every year, the Oscar category for Best Foreign Language Film pits nations against each other, but this year's five nominees — winnowed down from 65 entries — aren't exactly born of the distinct national film traditions we've grown accustomed to.

Take this year's Oscar-nominated film Incendies, by Quebecois filmmaker Denis Villeneuve. It's about two siblings who journey across the world, to the sun-drenched valleys of the Middle East, to find where they came from. Shot in Canada and Jordan, Incendies is mostly in Arabic. Villeneuve says his film doesn't exactly follow in the tradition of Quebecois cinema.

"We are a small society. We struggle, a few French people among a sea of English people," he says. "So very often our movies are about our French identity, culture."

But the way Villeneuve's story stretches across borders and plays with geographic ambiguity is a theme that's echoed in many of the nominees for this year's foreign language Oscar.

Mexico's entry, Biutiful, is set in Barcelona's underworld of Chinese and African immigrants. Its director, Alejandro Gonzalez Inarritu, says even though the story is set in Spain, it isn't specific to that country.

"This story could have happened in any European city now," Inarritu says, "and this huge new problem, which is this immigration."

Another nominee, Outside the Law, crisscrosses between Paris and North Africa during the Algerian War of Independence, while yet another — Danish director Susanna Bier's In a Better World — juxtaposes an idyllic Scandinavian village with an African refugee camp. 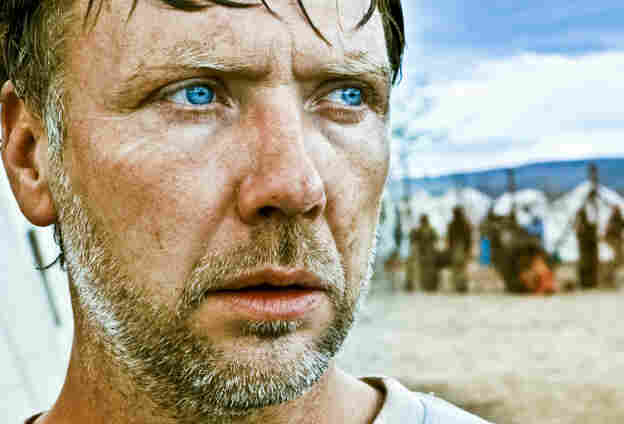 Mikael Persbrandt plays Anton, a doctor who commutes between his idyllic Danish home and his work at an African refugee camp, in In a Better World. Morten Soborg/Courtesy of Sony Pictures Classics hide caption 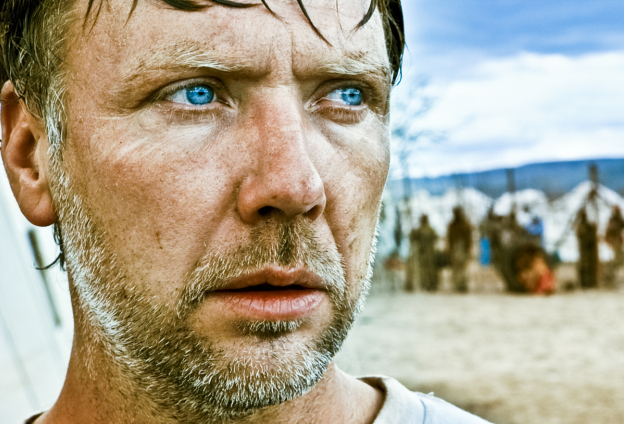 Mikael Persbrandt plays Anton, a doctor who commutes between his idyllic Danish home and his work at an African refugee camp, in In a Better World.

What unites these very different films is a thread that runs through a lot of new world cinema. New York Times film critic A.O. Scott calls it the cinema of globalization.

"Experience in the modern world, identity in the modern world, life as we're all living it does not happen within the boundaries of a single nation or region or place," Scott says. "What filmmakers do is try to tell stories about the world that they see around them. And this is certainly one of the big and ongoing and complicated stories — and one that I think lends itself to film in a way because you can show things, and you can show people and you can go places with a camera that brings these issues to life in a very real way."

And many of the newer films are global by design. Most are co-productions, jointly financed by studios in Asia, Latin America and Europe; and they're premiered at festivals in Venice, Berlin and Toronto.

Michael Barker, co-president of Sony Pictures Classics, is one of many in the film industry who attend those festivals to scout out and buy new films.

"There is a lot of freedom in a lot of these countries for a filmmaker to express themselves even if the characters feel somehow spectacularly uncommercial," Barker says.

Barker's studio released In a Better World and Incendies in the U.S. this year, and he has been behind some of the country's most commercially successful foreign language films — including Crouching Tiger, Hidden Dragon.

"The revelation of the success of [Crouching Tiger, Hidden Dragon] was that the younger generation does not have the same challenge to reading subtitles that the older audience has," Barker says.

'The Most Exclusionist Film Market Outside Of Iran'

Still, despite that generational evolution, film critic Scott says films like Incendies face an uphill battle in the U.S.

"We don't have laws that mandate that 99 percent of the screens in America be taken up with American films," Scott says, "but that is in fact what we have, which makes us the most exclusionist film market in the world outside of Iran." 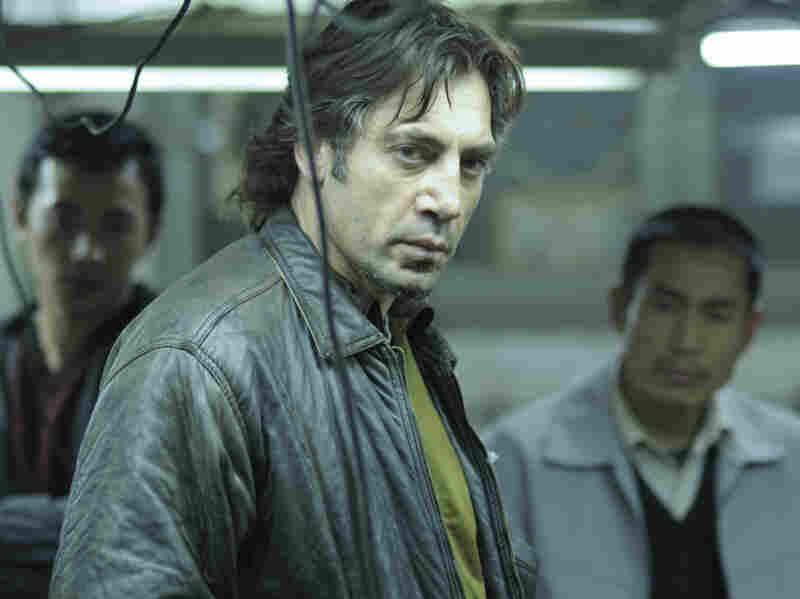 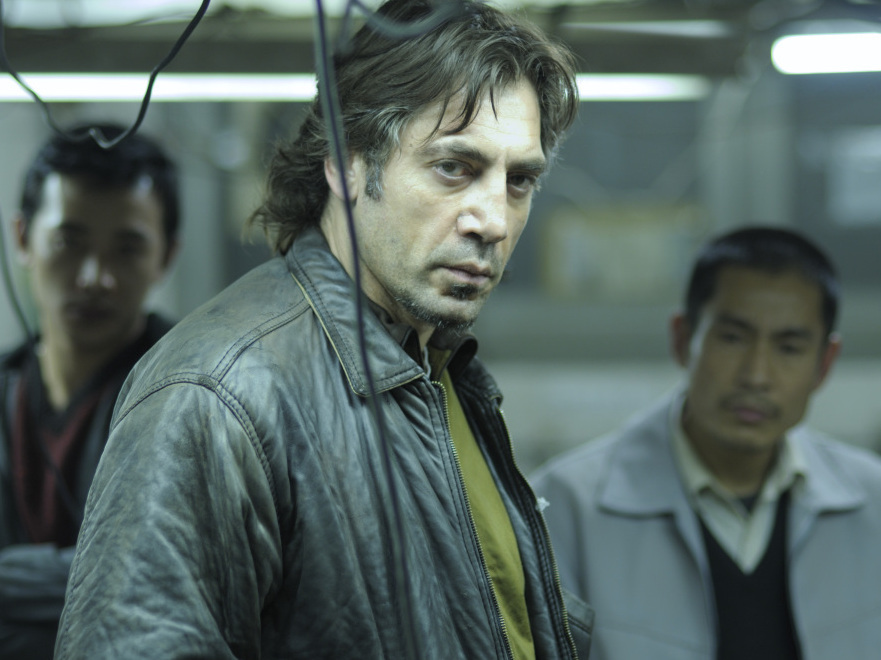 Biutiful follows hustler Uxbal (Javier Bardem), a middleman between two Chinese merchants and the illegal immigrants who sell their counterfeit goods on the streets of Barcelona.

Earlier this year, Scott wrote a provocative essay in the New York Times arguing that American audiences are missing out on a golden age of world cinema because of the way Hollywood ghettoizes foreign films.

"These movies don't get a lot of coverage and are in a way stigmatized as difficult, depressing or just for film snobs," Scott says.

But Barker of Sony Pictures Classics says the five Oscar-nominated films, at least, have a shot at reaching beyond those film snobs.

"Even though many times I've been disappointed because of that process," Barker says, "I've seen many filmmakers who would otherwise not get recognized, get recognized in a way that really helps their careers and helps quality film."

Danish director Bier, who ultimately won this year's Oscar for In a Better World, says we're going to be seeing a lot more films like hers.

"What I want to do with the movies is [make] sure that people realize that we are part of a more global environment," she says.

For his part, Villeneuve says the idea of distinct national film traditions may just be outdated. After all, his Arabic film, Incendies, is representing Canada on international screens.

Or maybe this year's nominees do say something about Canada — and France and Mexico and Denmark for that matter. They're all films about what it means to live in today's world, stories of both the uprooted and the rootless.