Accessibility links
The Mix: 100 Composers Under 40 WQXR's "new music" channel Q2 and NPR Music asked listeners for their favorite composers under the age of 40. We received almost 800 suggestions and then narrowed the field down to 100 of the most promising young composers in the world. Listen to a stream of their compositions. 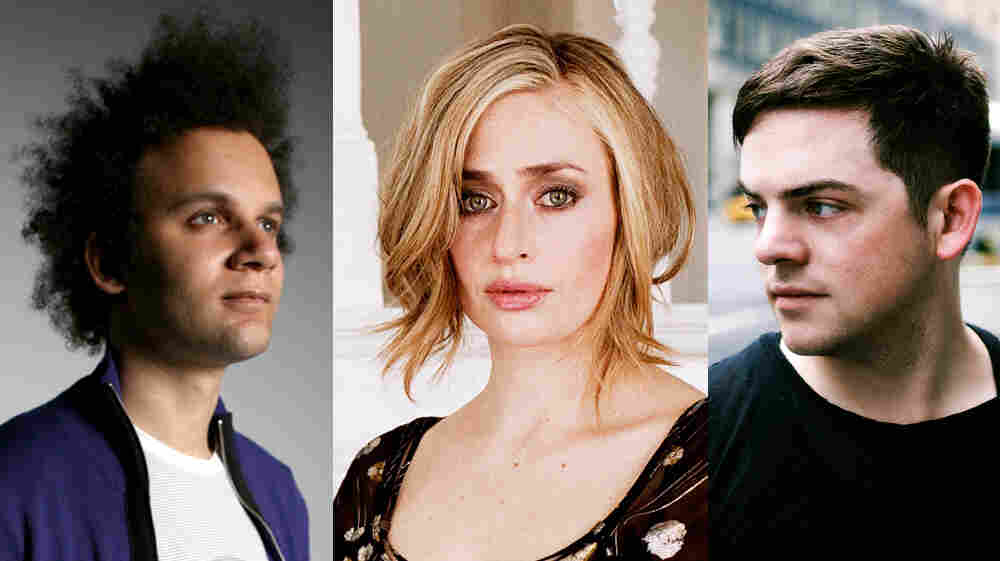 From left: Tyondai Braxton, Sarah Kirkland Snider and Nico Muhly were selected by Q2's audience as part of this Composers Under 40 crowdsourcing project. Courtesy of the artists hide caption 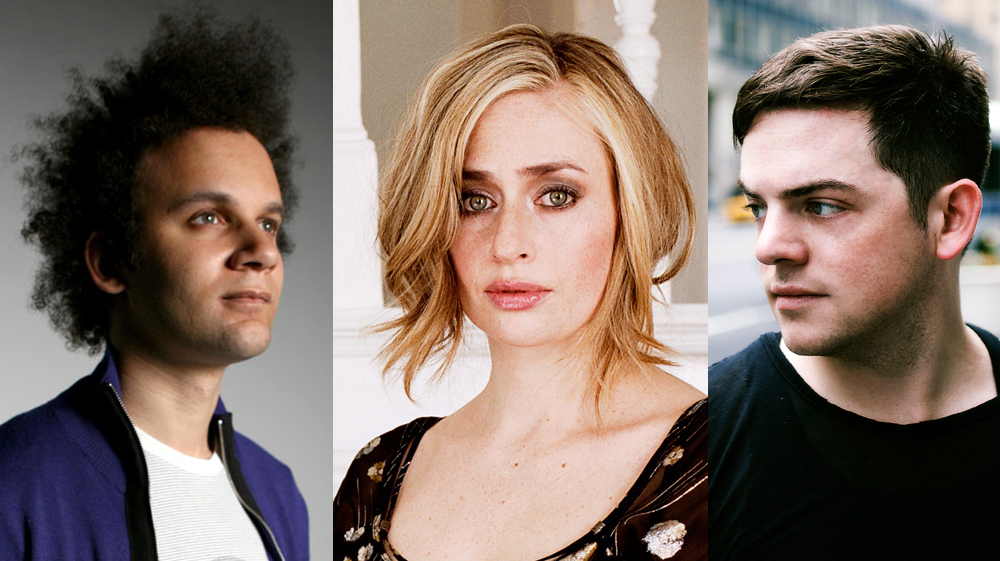 From left: Tyondai Braxton, Sarah Kirkland Snider and Nico Muhly were selected by Q2's audience as part of this Composers Under 40 crowdsourcing project.

Part of Classical 105.9 WQXR, Q2 is a listener-supported, New York-based Internet stream devoted to the music of living composers. Follow Q2 on facebook/Q2 and Twitter/Q2music. For more information, visit http://www.wqxr.org/series/q2/.

A few weeks ago, Q2 and NPR Music launched a crowdsourced project to determine listeners' favorite composers under the age of 40 — and, by extension, those pieces which were shaping our contemporary musical scene and defining what it means to be a composer in the 21st century. On Facebook, Twitter and the aggregating pages on Q2 and NPR Music, an international array of comments poured in, reaching almost 800 suggestions in total. With much debate and awareness of such a list's limitations, we've narrowed the field down to 100 composers, each represented by one song in a randomized stream on this page.

If there's any lesson in what a user-generated project such as this can offer, it's that the narrow notion of what it means to be a composer — writing in the shadow of Bach, Beethoven and Brahms — is well on its way to obsolescence. Forget dusty ideals of court or church appointments, or those notions of plumbing the depths of the soul for salvation. The 21st-century composer makes his home wherever he sees fit, uses a battery of electric guitars and drums in the same breath as a section of violins and violas, and performs for a rabidly dancing audience on one night and at a concert-hall subscription series the next.

How do you know when you're hearing a composer? All we can really say, to paraphrase the late Potter Stewart, is: "I know it when I hear it." We're thrilled that this project has brought together singer-songwriters and bandleaders, experimental musicians and technophiles, jazz artists and composition students, composer collectives and one-man shows, and couldn't be more excited to reclaim the terms "composer" and even "classical music" for a 21st-century vocabulary. Read below for a complete list of those 100 composers featured — and, most importantly, let us know your thoughts on what it means to compose in the 21st century.