Accessibility links
In 'Bottom Of The 33rd,' A Look At Baseball's Longest Game On Weekend Edition this Sunday, the author of a new book about the longest game in baseball history talks about minor-league aspirations, die-hard fans who put up with the worst that the weather has to offer, and much more. 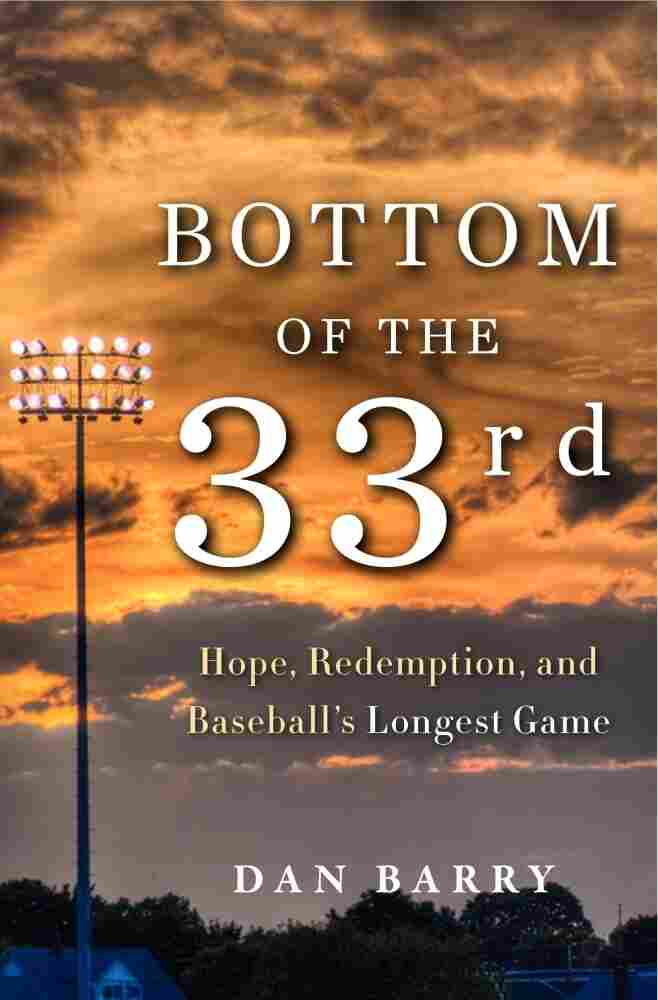 The cover of "Bottom Of The 33rd." Harper hide caption 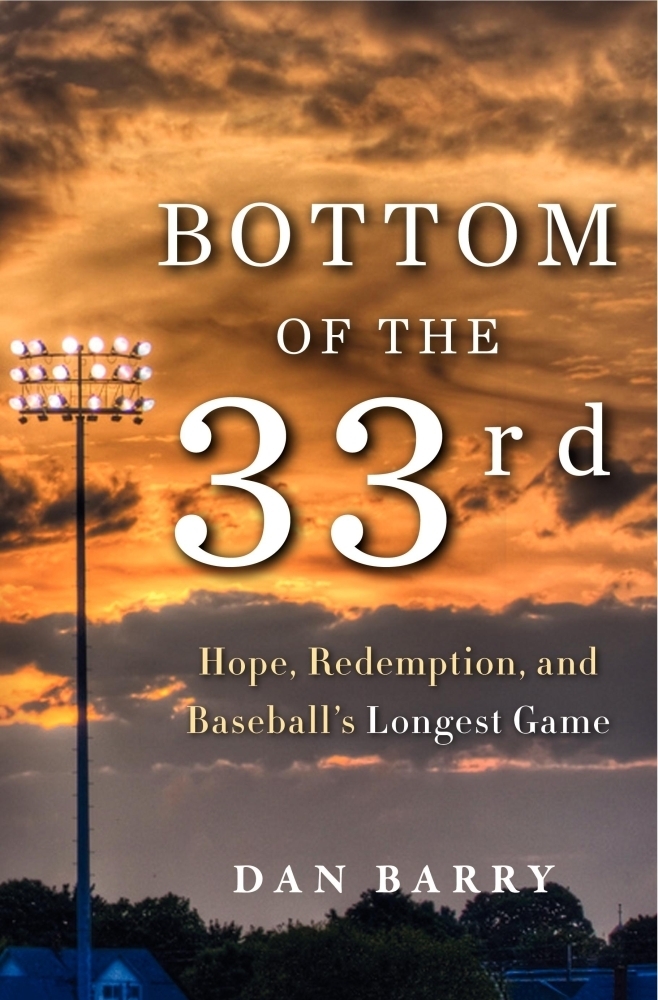 This Sunday on Weekend Edition, Liane Hansen talks to Dan Barry, author of the new book Bottom Of The 33rd: Hope, Redemption And Baseball's Longest Game. The book is all about a minor-league game that took place — or, rather, began — on April 18, 1981. It was suspended after 32 innings, tied at 2-2, at four in the morning on April 19, Easter Sunday. It resumed two months later, when the Pawtucket Red Sox finally beat the Rochester Red Wings 3-2 in the bottom of the 33rd inning.

Now, when you hear "minor league," you might assume this game involved a bunch of nobodies you've never heard of, but as Barry notes, not only was superstar-to-be Wade Boggs responsible for tying the game back up at 2:00 in the morning at the one point where it threatened to actually end, but among those who played all 33 innings was Cal Ripken, Jr., who went 2-for-13.

Barry talks in the interview about the fact that when the game was suspended, there were roughly 19 people still in the stands, who had spent eight hours in the cold. When it resumed for what became the final inning, it had become a well-known game and Major League Baseball was on strike besides. So it attracted a lot of attention, meaning that 6000 people showed up, all of whom could claim to have attended baseball's longest game, but few of whom had stuck it out on Easter morning, 1981, until just after four.

The game, he notes, is only more compelling as a story because minor league baseball doesn't carry the assumption that a major league game does that everyone involved has already, in a sense, "made it." Barry says that there's "an undercurrent of aspiration" and "a touch of the tragic" in a league in which many of the players will, in fact, never become the successes they dream of being. But because they won't, he says, "we learn at a minor league game that it is the journey to cherish, not necessarily the conclusion."