Accessibility links
20 Years On, Hot Tuna Keeps It Familiar After two decades out of the studio, Jorma Kaukonen and Jack Casady stick to familiar sounds on their new album as Hot Tuna, Steady As She Goes. 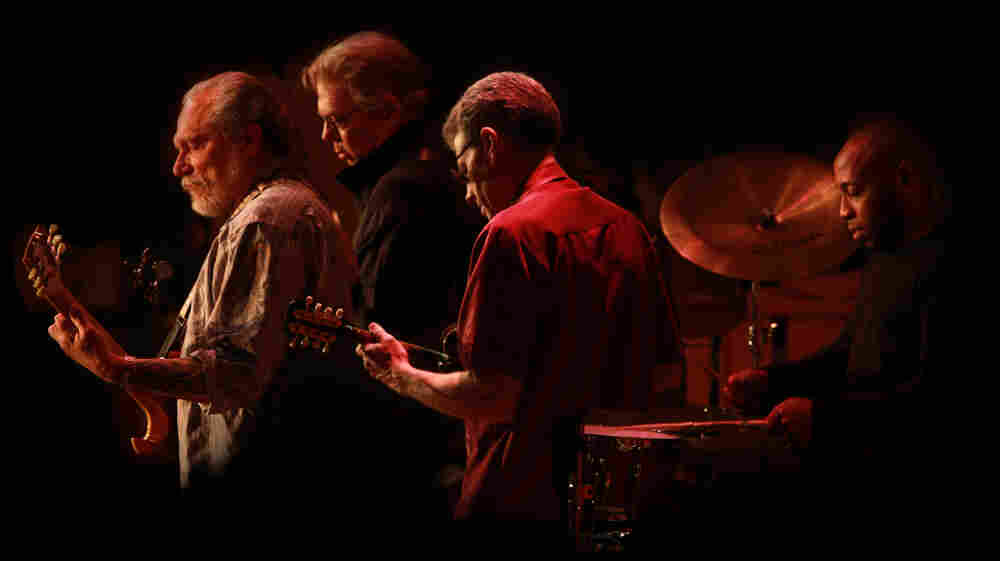 After two decades out of the studio, Hot Tuna's Jorma Kaukonen and Jack Casady (at left, playing guitar and bass) are back with Steady As She Goes. Scotty Hall/Courtesy of the artist hide caption 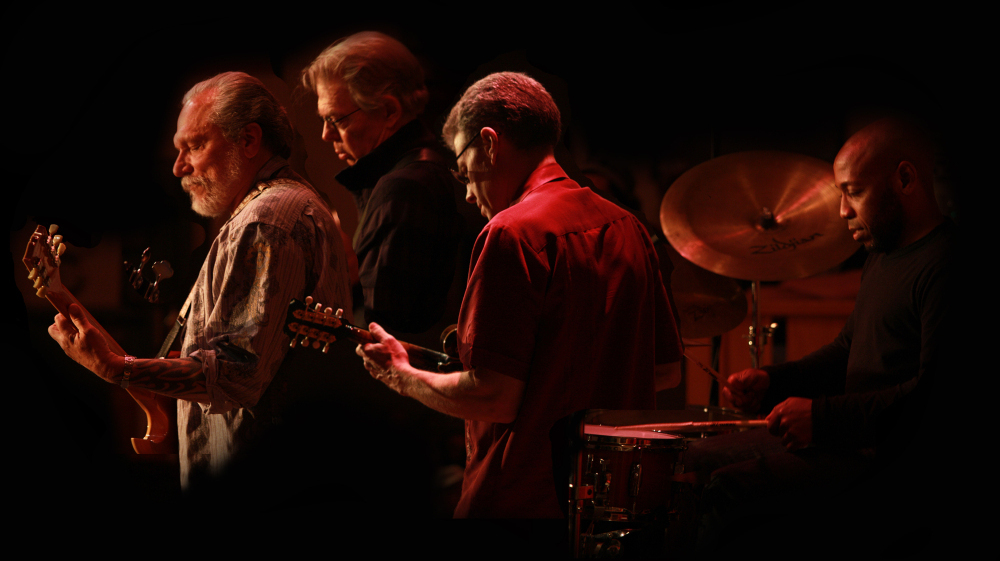 After two decades out of the studio, Hot Tuna's Jorma Kaukonen and Jack Casady (at left, playing guitar and bass) are back with Steady As She Goes.

Scotty Hall/Courtesy of the artist

4:56
This album is currently available from Red House Records.

It's been two decades since Hot Tuna released a studio album, but the group's founding members say they never really quit playing.

Guitarist Jorma Kaukonen and bassist Jack Casady were also at the heart of Jefferson Airplane, another iconic group with roots in the 1960s. Over the past five decades, they've released more than two dozen records as a band and many more solo projects. The newest Hot Tuna record, Steady As She Goes, comes out this month.

Kaukonen says the 20-year gap was just a matter of waiting for the time to be right.

"I think when I go into the studio now, I'm not chasing dreams in the sense that I did when I was younger," Kaukonen tells Weekend Edition Sunday host Liane Hansen. "I kind of know where I want to go, even though I'm not really sure what I'm going to find when I get there."

Steady As She Goes offers Hot Tuna fans something new: a female vocalist. Singer Teresa Williams was brought on for several tracks, and her vocals recall the distinctive sound of Jefferson Airplane's Grace Slick.

"Hot Tuna hasn't usually had female singers on their albums, so there's a lot of association that way," Kaukonen says. "[But] she does sound like Grace, and I'm sure she did it on purpose."

That's not the only throwback on Steady As She Goes. "Easy Now," a track from the band's 1974 record The Phosphorescent Rat, is reborn on this album as "Easy Now Revisited." Kaukonen says the original was about a motorcycle trip he never took, so the new version was written to scratch a decades-old itch.

"This time I wrote it about a trip I did take last year, going down the Blue Ridge Parkway, and the Cherohala Skyway, and the Dragon, and all that kind of stuff," he says. "I feel like I've solved that feeling of frustration that I've had for years about that trip I never took. All the riders out there will know what I'm talking about."

The band is revisiting an old format, too, releasing the new record as a double vinyl set. Casady says it was pressed with the 12 tracks spread over three sides of the album for maximum fidelity, with the fourth side featuring an etching of Kaukonen and Casady. An audiophile himself, Casady says he's excited to break out his turntable.

"I have a Thorens turntable from back in the day. I think I bought it in 1967, and I upgraded it and put it all back together [since] all the rubber had rotted out," he says. "I can't wait to get my copy of Steady As She Goes in vinyl so I can fire the thing up and play it."