Accessibility links
A Nation Planted By Founding Fathers' Green Thumbs Washington, Jefferson and Adams may have planted the seeds of liberty in America, but a new book says they were also obsessed with nurturing tomatoes, beans and trees in lovingly tended gardens. 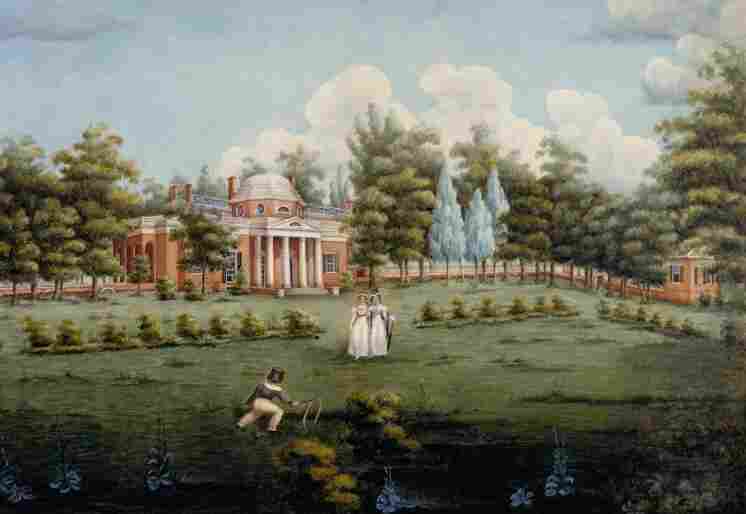 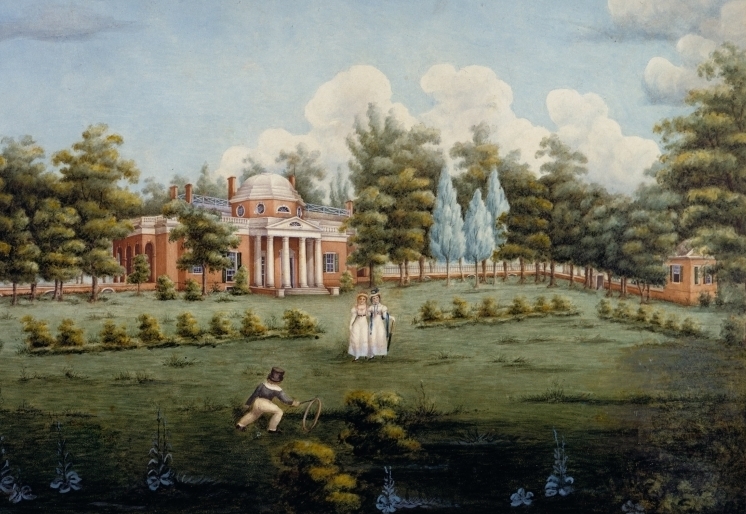 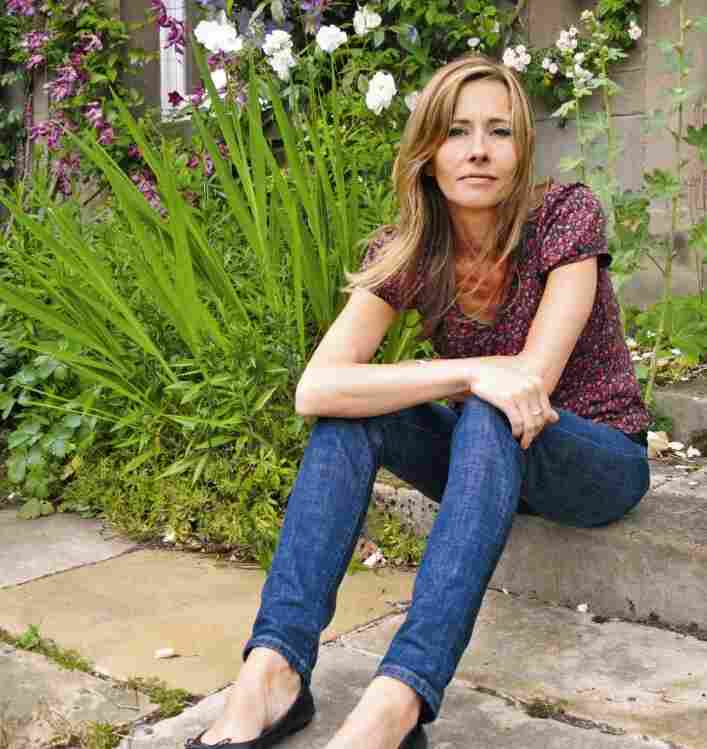 Andrea Wulf trained as a design historian at London's Royal College of Art. She is also the author of The Brother Gardeners and the co-author of This Other Eden. Saskia Manners hide caption 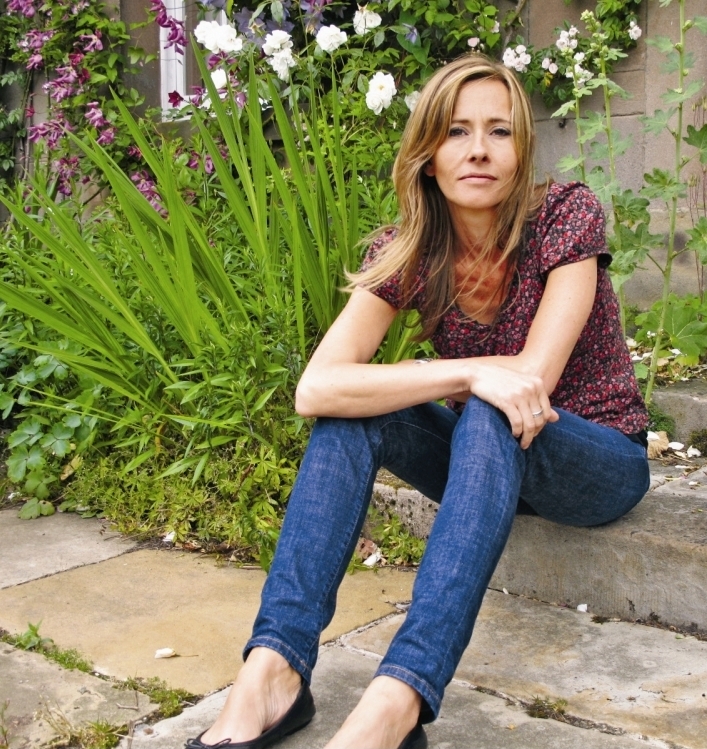 Andrea Wulf trained as a design historian at London's Royal College of Art. She is also the author of The Brother Gardeners and the co-author of This Other Eden.

As British troops closed in on New York City in the fall of 1776, Gen. George Washington had something crucially important on his mind. Congress had ordered him to hold the city, but on the eve of the battle, he set aside his maps and documents and began a letter to the steward of his estate, Mount Vernon, detailing the construction of a new garden.

"What is more remarkable than the timing, really, is that he's asking for only native species," author Andrea Wulf tells All Things Considered guest weekend host Linda Wertheimer. "As if he wants to create an all-American garden where no English tree is allowed to claw its roots in the soil."

Wulf is the author of a new book, Founding Gardeners: the Revolutionary Generation, Nature, and the Shaping of the American Nation. She describes a side of the Founding Fathers not often seen: Washington, Thomas Jefferson, John Adams and James Madison were all avid — even obsessive — gardeners.

Washington dreamed up a new way to collect and use manure in his gardens. Jefferson treasured the seeds brought back by the Lewis and Clark expedition and tried them all out at Monticello.

But of all the founding fathers, it was John Adams who was really what we would recognize today as a gardener, "because he loves his dirt. He just loves getting his hands dirty and having his hands in the manure, in the soil," Wulf says. "He, whenever he is involved in political battles, he is yearning, yearning to be in his garden."

Wulf adds that Abigail Adams probably welcomed her husband's obsession with his garden, because it helped him work off his famous temper. "He has this sort of totally visceral connection with the soil, I think."

That connection with the soil was a central part of the founders' vision, Wulf says. "They all agree that agriculture should be the foundation of the American republic ... they believe that the independent, small-scale farmer ... is really the foot soldier of the infant nation." 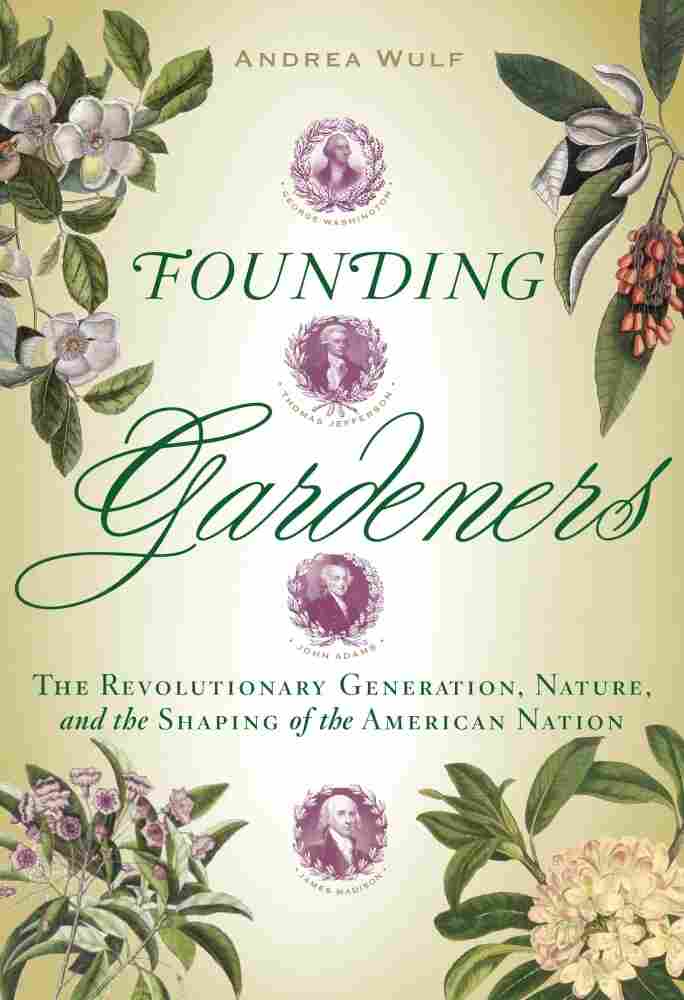 My first impressions of America were shaped when I went as a young woman on a seven- week road trip across the States, from Washington, D.C., to San Francisco. We drove hundreds of miles on roads that never curved, along a grid that mankind had imposed on nature. Some days we passed sprawling factories that were pumping out clouds of billowing smoke; other days we saw vast fields that seemed to go on forever. Everything differed in scale from Europe, even suburban America, where rows and rows of painted clapboard houses sit proudly on large open plots of immaculately shorn lawns. America exuded a confidence that seemed to be rooted in its power to harness nature to man's will and I thought of it as an industrial, larger-than-life country. I certainly never thought of it in terms of gardening — whereas in Britain, everybody seems to be obsessed with their herbaceous borders and vegetable plots. In America, I believed, I was more likely to see someone driving a riding mower than pruning roses.

Then, in 2006, I went to visit Monticello, Thomas Jefferson's mountaintop home in Virginia, and began to understand how wrong I had been. On a sunny October morning, I stood on Jefferson's vegetable terrace, with straight lines of cabbages and squashes at my feet, and saw man and nature in perfect harmony. In the distance the horizon seemed to stretch into infinity; behind me was a manicured lawn lined with ribbons of flowers and, below, a romantic forest that crept into the gardens. The magnificent view from the terrace across the arboreal sea of autumnal reds and oranges of red maples, oaks, hickories and tulip poplars brought together Jefferson's neat plots of cultivated vegetables and sublime scenery of the Blue Ridge Mountains. Jefferson had combined beauty with utility, the untamed wilderness of the forest with the orderly lines of apples, pears and cherries in the orchard, and colorful native and exotic flowers with a sweeping panorama across Virginia's spectacular landscape. If nature had been dominated by man, it seemed it was only in order to celebrate it.

Later, I couldn't put Monticello out of my mind. I was in the midst of writing about the eighteenth-century American farmer and plant collector John Bartram, the British obsession with gardens and the introduction of non-native plants into the English landscape — many of which had been sent by Bartram from the American colonies. The more I learned about Bartram, the more fascinated I became by the American relationship to nature during the eighteenth century.

I pored over the correspondence between John Bartram and Benjamin Franklin, and after my visit to Monticello, I learned that Thomas Jefferson and George Washington had also ordered plants from Bartram, and that James Madison had visited Bartram's garden just before the Great Compromise of the Constitutional Convention in the summer of 1787. I read in John Adams's diaries how much he enjoyed working in his garden, fork in hand. Slowly, through records, letters and diaries, I came to see how vegetable plots, ornamental plants, landscapes and forests had played a crucial role in America's struggle for national identity and in the lives of the founding fathers. Golden cornfields and endless rows of cotton plants became symbols for America's economic independence from Britain; towering trees became a reflection of a strong and vigorous nation; native species were imbued with patriotism and proudly planted in gardens, while metaphors drawn from the natural world brought plants and gardening into politics.

The founding fathers' passion for nature, plants, gardens and agriculture is woven deeply into the fabric of America and aligned with their political thought, both reflecting and influencing it. In fact, I believe, it's impossible to understand the making of America without looking at the founding fathers as farmers and gardeners.

Founding Gardeners examines the creation of the American nation and the lives of Washington, Adams, Jefferson and Madison through the lens of gardens, landscapes, nature and agriculture. Part of this is played out in Washington's Mount Vernon, Jefferson's Monticello and Madison's Montpelier — all large plantations in Virginia — as well as Adams's much smaller farm, Peacefield, in Quincy near Boston. But it was Benjamin Franklin who was the first of the revolutionaries to place plants at the heart of the country's struggle.

In response to the tensions between Britain and America, Franklin turned to plants and agriculture. In his "Positions to be examined concerning National Wealth," Franklin listed in 1769 the three ways by which a nation might acquire wealth, and gave his opinion on each: "The first is by War . . . This is Robbery. The second by Commerce which is generally Cheating. The third by Agriculture the only honest Way." Eleven years before the thirteen colonies threw off the yoke of Britain's rule in 1776, the controversial Stamp Act had been given Royal Assent by King George III. This tax on paper affected almost every colonist, for it was applied to newspapers, legal documents, liquor licenses, books and every deck of cards. It was a desperate attempt to fill Britain's depleted coffers, run low by the Seven Years' War, which had seen Britain fight against the French on North American soil. When the war had come to an end in 1763, the British economy lay in crisis, riddled with war debts and plagued by a series of bad harvests. Britain's solution was to make the colonists pay.

As news of the ratification of the Stamp Act reached America, colonists rallied together to protest against Parliament's rule. The Virginia House of Burgesses — the legislative assembly of colonial Virginia — declared the tax illegal. Throughout the colonies, riots broke out. The protesters burned effigies and raided the houses of British officials — on the way drinking their wine cellars dry — insisting that the British had no right to levy such taxes on the colonies. In Boston, an effigy of Andrew Oliver (the man who collected the stamp duty) and of the devil holding a copy of the Stamp Act were hung from an ancient elm tree near the town common. In the evening, 3,000 people marched through the streets, smashing the windows of Oliver's house before beheading and burning his effigy on a bonfire made from his furniture.

Franklin was in London at the time, having arrived in December 1764 on behalf of the Pennsylvania Assembly. His mission was to change the governance of Pennsylvania which was controlled by the so-called "proprietors," the heirs of William Penn, who had founded the colony in the seventeenth century. It was his third visit to the British capital, a place he loved for the intellectual stimulation and sociability. But during this visit, his relationship with Britain underwent a seismic shift — a shift that not only led to his assured signature on the Declaration of Independence, but that is also mirrored in his changing attitude toward seeds and crops. Indeed, his involvement with plants can be seen as a kind of barometer of his political convictions.

Excerpted from Founding Gardeners by Andrea Wulf. Copyright 2011 by Andrea Wulf. Excerpted by permission of Knopf, a division of Random House Inc. All rights reserved. No part of this excerpt may be reproduced or reprinted without permission in writing from the publisher. 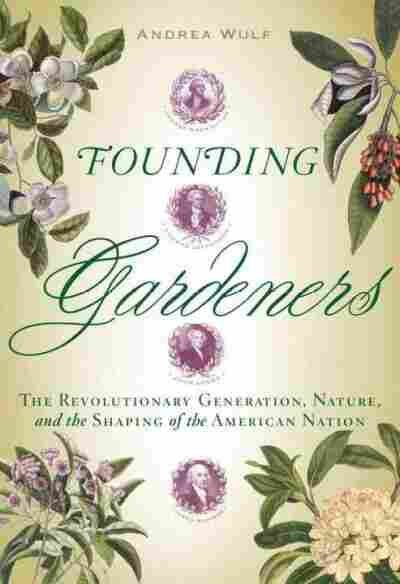 The Revolutionary Generation, Nature, and the Shaping of the American Nation