Accessibility links
Stories Of Changing English Life In 'Smiling Woman' Dame Margaret Drabble is more well known for her novels of contemporary English life, but a new collection of her short stories charts the evolving emotional life of women in England over the past half-century. 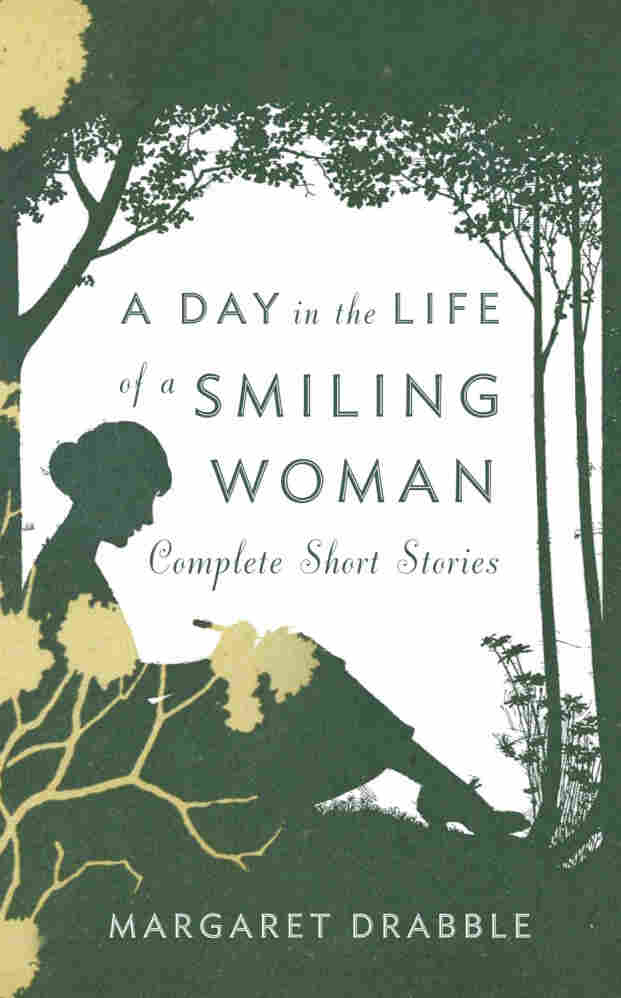 A Day in the Life of a Smiling Woman
By Margaret Drabble
Hardcover, 256 pages
Houghton Mifflin Harcourt
List Price: $24

Margaret Drabble was named a dame of the British Empire in 2008 for her contribution to contemporary English literature. Her 17 novels have mirrored the changing lives of women over the past 50 years. In 2009, she announced in the Guardian that she would not write another novel, because she is afraid of repeating herself. However, the complete short stories of Margaret Drabble have just been published in a volume called A Day in the Life of a Smiling Woman.

The collection gathers 14 stories from what Drabble herself calls "a lifetime of really not writing short stories."

"My problem is that when I write a short story it usually grows into a novel," Drabble tells Liane Hansen on Weekend Edition. "I'm not very good at a short length."

Many of the stories were previously published in periodicals, and a Spanish academic name Jose Francisco Hernandez gathered them together and presented them to Drabble.

"He wrote to me and he said, 'I've assembled all your stories' ... and he edited the text, and he'd just done it out of pure love," Drabble explains. "It was a bit like a fairy story, to find a handsome young man who really loved your work and wanted to see it in print."

She hadn't seen the stories arranged in that chronological order before and says that it gives a kind of emotional biography of herself, from the breakup of her marriage in the '70s, the rise of her career, and the care and raising of three young children. Some of the stories, like "A Day in the Life of a Smiling Woman," which gives the volume its name, go over tough emotional territory. In that piece, a woman on the precipice of a breaking point struggles to maintain the illusion that she has it all, even though she's abused at home and at work.

Drabble says she couldn't write that story today, because its distinct message of being combative and fighting on was tied to its time, when women lived in a different social context. But she felt strongly that it should not be altered or revised in any way for the new publication.

"That is a reason for not altering stories – you leave them as they were, and they remind you of how you felt then," she says. 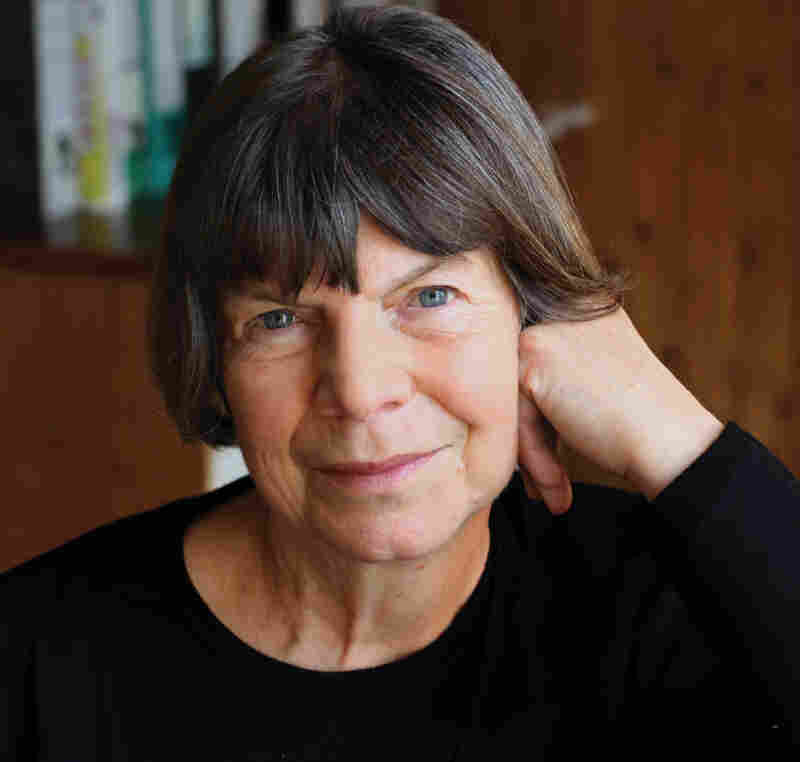 Margaret Drabble was named Dame Commander of the Order of the British Empire in 2008, and is the author of 17 novels, including The Peppered Moth and The Millstone. Ruth Corney hide caption

Eventually, she sees her writing moving on to what Hernandez calls in the introduction to the book "a mature, idyllic sense of the English landscape" — though there's always anguish, she qualifies.

"I don't know how mature and idyllic I feel ... But I can certainly see a movement that reflects the stages of my life."

Though Drabble did declare in 2009 that she wouldn't write another novel, she has reconsidered that notion. Writing for her isn't the most pleasurable process – but she says she feels she needs to be writing, "even though it's difficult and I don't always enjoy it."

Drabble also works as a journalist and says she likes the finality of knowing a piece is complete after a requisite 2,000 words. In fact, she says, she'll be in the countryside writing a piece on the British artist David Hockney while the royal wedding happens next weekend.

Excerpt: 'A Day In The Life Of A Smiling Woman' 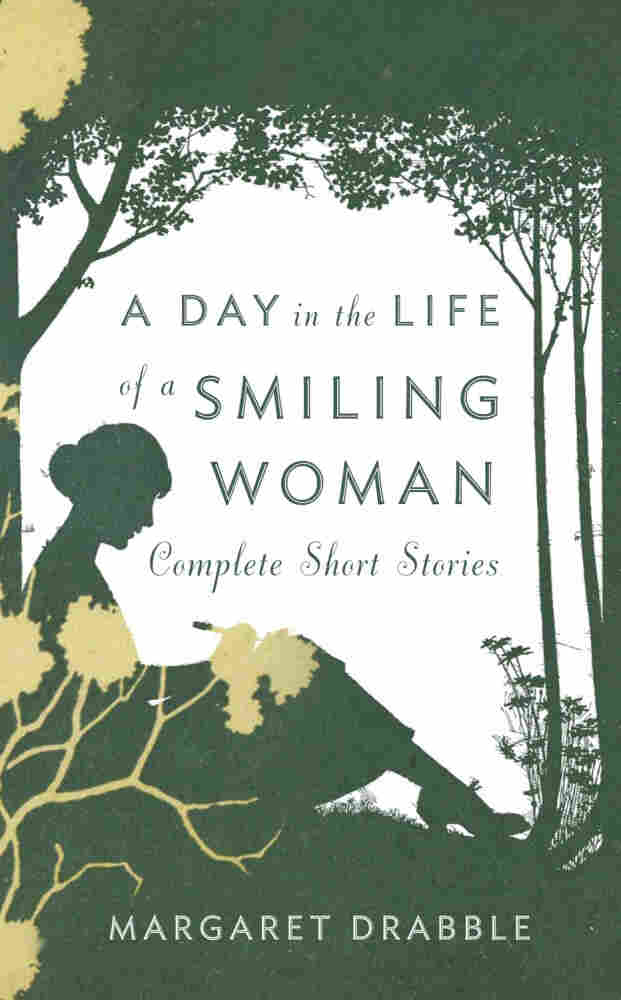 A Day in the Life of a Smiling Woman
By Margaret Drabble
Hardcover, 256 pages
Houghton Mifflin Harcourt
List Price: $24

A Day in the Life of a Smiling Woman

There was once this woman. She was in her thirties. She was quite famous, in a way. She hadn't really meant to be famous: it had just happened to her, without very much effort on her part. Sometimes she thought about it, a little bewildered, and said to herself, This is me, Jenny Jamieson, and everybody knows it's me.

Her husband was quite famous, too, but only to people who knew what he was doing. He was famous in his own world. He was the editor of a weekly, and so he had quite a pull with certain kinds of people. It was through his pull, really, that Jenny had got her job. She was getting bored, the little child was at nursery school and the big ones at big school, so he had looked about for her and asked a few friends and found her a nice little job at a television station. But he hadn't quite bargained for how she would catch on. Everybody had always thought Jenny was pretty — in fact, she'd been a very recognizable type for years, had Jenny: pretty, a little restless, driven into the odd moment of malice by boredom, loving her children, cooking dinners, flirting a little (or possibly more) with her husband's friends and old lovers. She deserved a little job. But when she got going, when she got on the screen, she was transformed. She became, very quickly, beautiful. It took a few weeks, while she experimented with hairstyles and clothes and facial expressions. And suddenly, she was a beauty, and total strangers talked of her with yearning. And that wasn't all, either. She was also extremely efficient. Now, she always had been efficient; she'd always been able to get all the courses of a four-course meal onto the table, perfectly cooked, at the right moment. She was never late to collect children from school, she never forgot their dinner money or their swimming things, she never ran out of sugar or lavatory paper or cellotape. So people shouldn't have been surprised at the way she settled down to work.

She was never late. She never forgot appointments. She never forgot her briefing. She began quietly, interviewing people about cultural events in a spot in an arts programme, and she always managed to say the right things to everyone; she never off ended and yet never made people dull. She was intelligent and quick, she had sympathy for everyone she talked to, and all the time she looked so splendid, sitting there shining and twinkling. Everyone admired her, nobody disliked her. In no time at all, she had her own programme, and she was able to do whatever she fancied on it. She used to invite the strangest people to be interviewed, and she would chat to them, seriously, earnestly, cheerfully. She told everybody that she loved her job, that she was so lucky, that it fitted on so well with the children and her husband, that she didn't have to be out too much. It's a perfect compromise, she would say, smiling. She didn't take herself very seriously — it's just an entertainment, she would say. I've been lucky, she would say. All I do is have the chats I'd love to have at home, and I get paid to do it. Lovely!

Her husband did not like this state of affairs at all. He became extremely bad-tempered, never came home if he could avoid it and yet would never commit himself to being out, because he did not want to make Jenny's life any easier. He wanted to make it as difficult as possible. So he would arrive unexpectedly and depart unexpectedly. He stopped bringing his friends home. He made endless unpleasant remarks and innuendoes about Jenny's colleagues in the television world, as though he had forgotten that he had introduced her to them in the first place. Sometimes he would wake up in the middle of the night and hit her. He would accuse her of neglecting him and the children. She was not quite sure how this had all happened. It didn't seem to have much to do with her, and yet she supposed it must be her fault. At night, when it was dark, she used to think it was her fault, but in the morning she would get up and go on smiling.

Then, one night, she came back from work, as she usually did on Wednesday evenings, late, tired. She noticed, as she parked the car outside the house, that the downstairs lights were still on, and she was sorry, because she did not feel like talking. She was too tired. She would have quite liked to talk about her programme, because it had been interesting — she had been talking to a South African banned politician about the problems of political education — but her husband never watched the programme these days. She found her key, opened the front door. Her head ached. She was upset, she had to admit it, about South Africa. Sometimes she thought she ought to go and do something about these things that upset her. But what? She pushed open the living-room door, and there was her husband, lying on the settee. He was listening to a record and reading.

She smiled. 'Hello,' she said.

He did not answer. She took off her coat and hung it over the back of a chair. She was going to make herself a milk drink, as she usually did, and go straight to bed. But just for the moment, she was too tired to move. She had had a long day, so she stood there, resting, thinking of the walk to the kitchen and how comfortable it would be to get into bed. She was just about to ask her husband if he would like a drink too — though he never did, he didn't like milk and coffee kept him awake — when a strange thing happened. Her husband put down his book and looked up at her, with an expression of real hatred, and said, 'I suppose you're standing there waiting for me to offer to make you a drink, aren't you?'

Now, the truth was that he had hardly ever made her a drink, in the evening after work, so she could not possibly have been expecting such a thing. He had done so perhaps three times in the last six months. The thought of his offering to get up and make her a drink had never crossed her mind. So she answered, politely. 'No, I was just going to ask you if you would like one.' And then an even stranger thing happened. For no sooner were the words out of her mouth than a rage so violent possessed her, as though an electric current had been driven through her, that she began to shake and scream. She screamed at him for some time, and he lay there morosely, watching her, as though satisfied that he had by accident pressed the right button.

Then she calmed down and went and made her drink and went to bed. But as she lay down, she felt as though she had had some kind of shock treatment, that she had suffered brain damage and that she would never be the same again. Let us not exaggerate. This was not the first time that this kind of thing had nearly happened to her. But this time it had happened, and the difference between its nearly happening and its happening was enormous. She was a different woman. She went to bed a different woman. 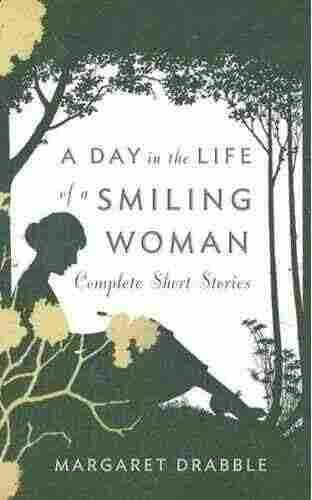 A Day in the Life of a Smiling Woman