Accessibility links
Long-Lost Love Songs From A Cajun Music Pioneer New Orleans singer and accordionist Amede Ardoin made some of the earliest zydeco recordings. Those rare 78 RPM discs have been collected and remastered on a new compilation. 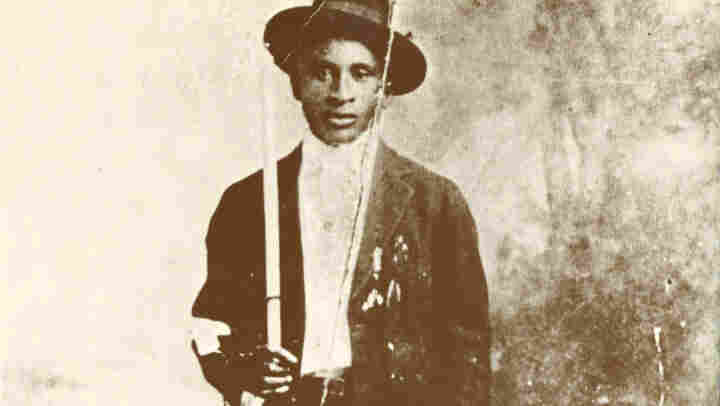 Though a pioneering artist, Amede Ardoin is also a historical phantom. Few copies of his classic recordings remain, and this image is the only known photograph of him. Courtesy of Christopher King hide caption 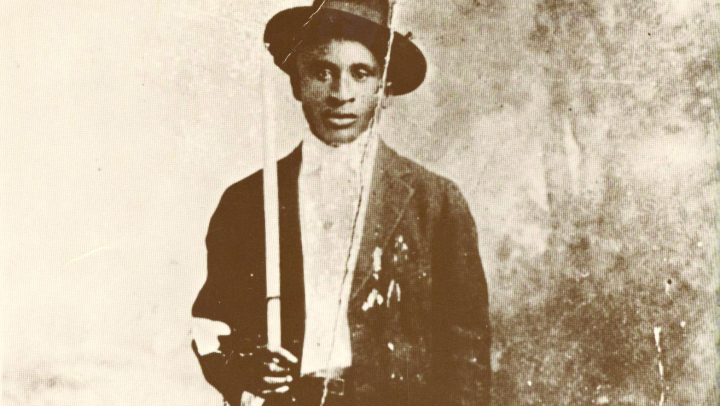 Though a pioneering artist, Amede Ardoin is also a historical phantom. Few copies of his classic recordings remain, and this image is the only known photograph of him.

This coming week, New Orleans will welcome thousands of music fans to its banks with the annual Jazz & Cultural Heritage Festival. The city's signature sound started taking shape decades before the recorded era, but one of the first musicians to immortalize zydeco on wax was singer and accordionist Amede Ardoin.

Archivist Christopher King spent three years combing through flea markets and estate sales for those surviving 78 RPM recordings. He's just mastered them for a new compilation called Mama, I'll Be Long Gone: The Complete Recordings of Amede Ardoin 1929-1934. As he tells Weekend All Things Considered host Linda Wertheimer, his passion for listening to Ardoin is commensurate with the passion Ardoin himself had for performing.

"There's this sort of startling immediacy, this profound pathos to his singing," says King. "In every instance that I've heard, he's singing directly to someone. He's not singing to the group — he's singing, essentially, to this lost love that he had."

That lost love is often referred to in the songs as "Joline," but King believes that's a pet name. According to those close to Ardoin, the woman's real name was Maise Broussard. King says "Joline" probably derives from "jolie," the French for "pretty," and that it may have been Ardoin's way of reaching out to Broussard after their relationship ended.

"I like to think of it as she having married this person and left Ardoin, and then Ardoin would go out and perform these songs rather than confront her directly," says King. "Perhaps her husband would buy the discs and play them for her one night, and she would bolt upright and realize that Ardoin was singing directly to her."

On the recordings, Ardoin's singing and accordion playing are often backed up by his friend Dennis McGee on the fiddle. Ardoin was a black man, McGee a white one; King says their partnership was one of the first like it in Cajun music.

Another interaction across racial lines, however, may well have led to Ardoin's death. King says the legend goes that Ardoin was playing a house party one night, and a white lady lent him a handkerchief to wipe his brow.

"In Lousiana at that time, particularly in Cajun country, there was a more relaxed sense of mores — that was perfectly acceptable to people there in the area. But apparently some men [from] out of that area had been visiting and saw this occur, and they were profoundly disturbed by it — so they followed Ardoin home," says King.

The details, he goes on, are fuzzy after that. Some accounts hold that the men beat Ardoin to the point of severe neurological damage; others say he was hit by a car or carriage. Either way, he lapsed into silence and seclusion and eventually was admitted to a mental hospital. He died less than two months later.

There's a song on the album called "Two Step De Mama" — on it, Ardoin seems to be acknowledging the reality of his own death. In translation, one representative passage goes: "I'm going away from you, Joline, so far away / I did say, oh yes, I'm so lonesome for you / There is so much sadness in me — How will I go on, little heart? / I don't know if I'll ever find you again."