Accessibility links
For Prostitutes, An Alternative To The Streets Magdalene is a two-year residential program in Nashville, Tenn., for women with criminal histories of addiction and prostitution. There's therapy, and they also make bath oils and candles, products that its founder — a former Episcopal priest — say promote healing. The message is: Love heals.

First in a three-part series.

Nashville, Tenn., is hardly a mecca for prostitution. But it thrives there just as in any other major American city.

It's also trying to break the cycle of prostitution, and often that begins with an arrest.

One afternoon in February when the vice squad went out on an undercover detail looking for prostitutes, it almost immediately found Brittany Messina.

Messina is a 21-year-old prostitute. She's been arrested four times for prostitution in five years; she has a boyfriend who may be a pimp; and she's a drug addict.

The police found her on a relentlessly forlorn stretch of Dickerson Pike, home to low-slung motels, bail bond joints and payday loan storefronts. And it's the strip where prostitutes can easily be found walking.

"I'll do whatever you want," she told the vice squad cop as she got in his Ford Mustang. But there is something that she wanted first: crack cocaine. It bumped this sting up a notch, particularly since the drug deal ended up going down near an elementary school.

Messina is the mother of a 4-year-old daughter. Pretty, with long flowing red hair, Messina has a delicate, narrow face, but the half-moon shadows under her eyes give away her addiction. As the bust unfolded, it seemed somewhat routine for Messina. But then, under the weight of felony drug charges, she seemed to grow desperate, and her alarm was evident. She tried to bargain with police and ended up ratting out her best friend, the suspected drug dealer.

I have never met a women coming off the streets of Nashville, Tenn., that chose prostitution as their preferred career at the age of 6, 7, 8 and 9.

"I'll tell you her whole entire name," she said, her voice breaking. "She's got a warrant out for her arrest and everything."

When the police started asking follow-up questions, she asked fiercely: "Will this benefit me?"

But she was going to jail, and she admitted to the police she's not ready to leave this life. She said she makes about $500 a day as a prostitute, $700 on Valentine's Day performing oral sex. She said she likes the fast pace and easy money.

Nashville arrested more than 1,100 people for prostitution and solicitation last year. Maybe someday Messina will decide she wants to go straight and clean up. And if she does, there's a program in Nashville that can help. It's called Magdalene.

It was founded in 1997 by Becca Stevens, an Episcopal priest who grew up in Nashville and who had been abused as a child. Magdalene is a two-year private residential rehab center for women with criminal histories of prostitution and drug addiction.

Over the years, Magdalene has graduated more than 150 women and has raised about $12 million in private funds.

Magdalene offers an intensified program of housing, counseling and training, based on a 12-step model. Women stay free for the two years they're there. It is becoming a national model for others trying to help women trapped by prostitution.

Stevens contends that women don't get into prostitution alone and they won't get out alone. 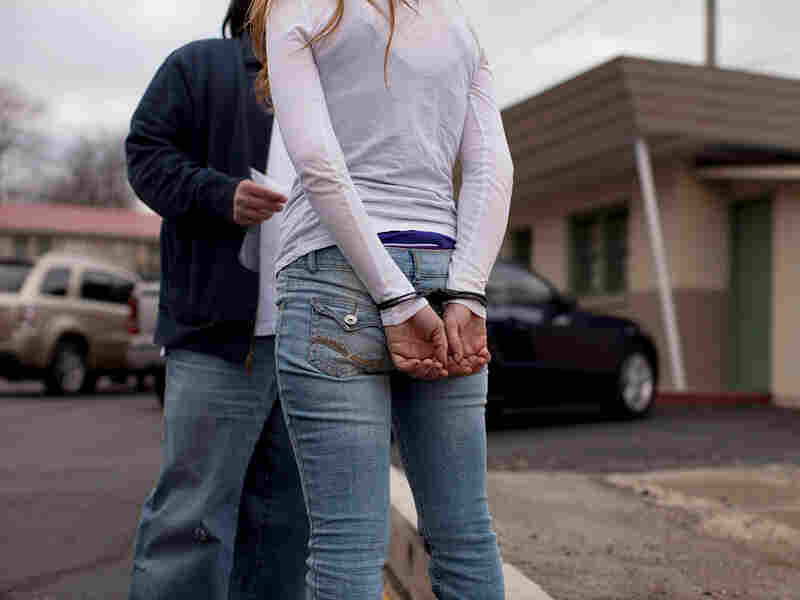 A young woman is arrested for prostitution on Dickerson Road in Nashville. Stephen Alvarez for NPR hide caption 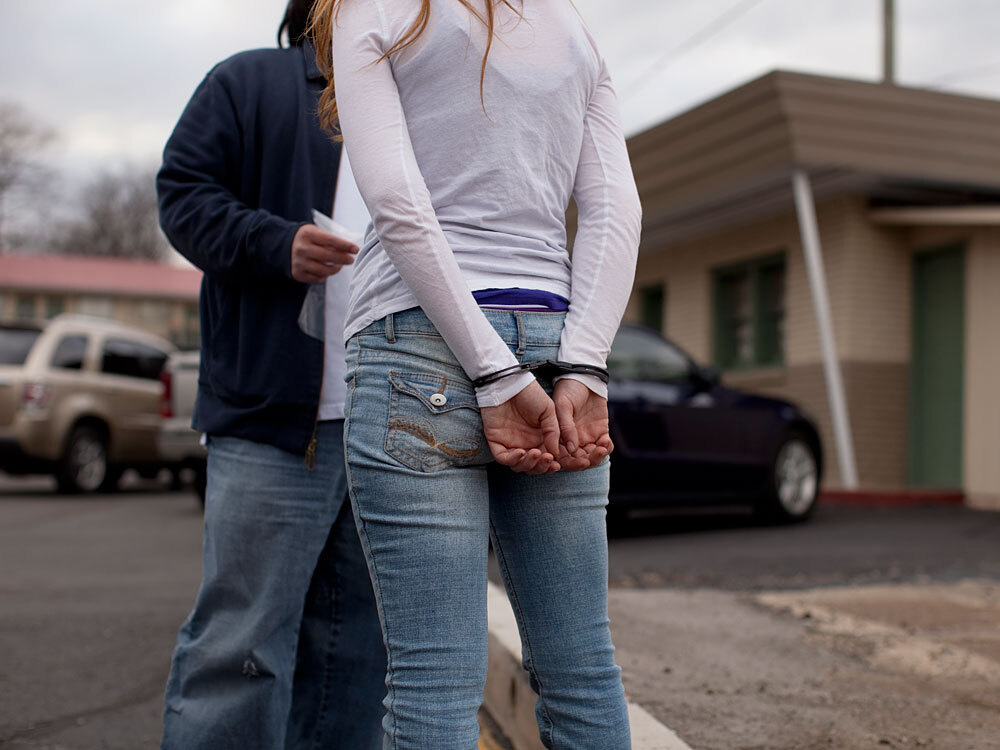 A young woman is arrested for prostitution on Dickerson Road in Nashville.

"I have never met a woman coming off the streets of Nashville, Tenn., who chose prostitution as their preferred career at the age of 6, 7, 8 and 9," Stevens says.

The therapy happens in one of Magdalene's six group homes, where the women live unsupervised. The women also make bath and body oils and candles at a workshop called Thistle Farms — products that Stevens says promote healing.

The thistle flower is the women's emblem.

"Like rough weed, like we are when we were out there on the streets," says Penny, who's in the program. "We just survived through the cold and drought, just like the thistle does. It don't need no water. It comes up out of the concrete and transforms there into a beautiful flower."

"A john could be anyone," says Kenneth Baker, a counselor who volunteers to run the john school. "You know one of them." Each john pays about $300, and then gets his record expunged if it's a first-time offense. All proceeds go to Magdalene, and last year the program contributed $100,000.

Magdalene sends former prostitutes to talk to the program to confront the men who paid for sex.

"Alexis" — who prefers to use her only street name — is a Magdalene graduate. She faces the johns defiantly on a recent Saturday morning. She talks about a life of abuse, rape, brutality and drugs, though now she's clean and sober.

She tells the men something about herself, a stand-in for many of the women they pick up.

"At 9, he started finger-painting on my body," she says, referring to her stepfather. "At 10, I lost my virginity."

She's been arrested 89 times. She says she hopes to be a lighthouse for someone else.

She also talks about their mutual need, the need to fill an empty void.

Staring back at her are men of all colors, class and age. There are a law student; a man in a polo shirt typing on an iPad; and a father of a 3-year-old.

"I never once thought that they weren't people," the father tells NPR. "It was just a supply-and-a-demand thing. I was demanding something, and they were the supplier. It's up to them to change it."

Maybe though, it's up to a community.

And that's where Magdalene comes in. It's only the beginning.

The audio for the story was produced by Rolando Arrieta.