Accessibility links
For Ben Stiller, 'House Of Blue Leaves' Is Home In 1986, Stiller made his professional debut as the son in John Guare's play, The House of Blue Leaves. Now, 25 years later, he's grown into the role of the dad. He stars in the dark comedy about celebrity obsession and the quest for fame with fellow A-listers Edie Falco and Jennifer Jason Leigh. 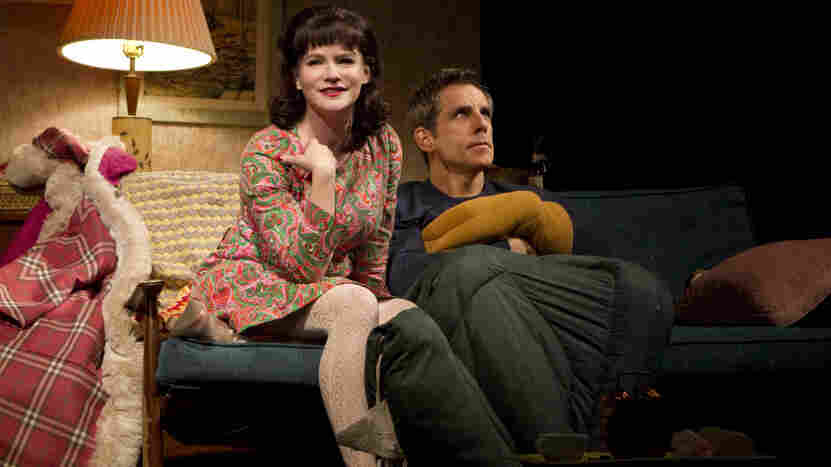 High Hopes: In The House of Blue Leaves, zoo-keeper Artie Shaughnessy (Ben Stiller) dreams of becoming a Hollywood songwriter and his mistress, Bunny Flingus (Jennifer Jason Leigh), will do anything to help him get there. Forty years ago, Stiller's mother played Bunny in the original off-Broadway production. And in 1986, Stiller played the role of Artie's son. Joan Marcus hide caption

Watch Scenes From 'The House Of Blue Leaves':

'Look At That House'

'Look At That House'

Police barriers have been put up by many Broadway stage doors recently to control crowds who want to catch a glimpse of some of the Hollywood stars who are appearing in shows: A-list names like Kiefer Sutherland, Daniel Radcliffe and Chris Rock, among them. Monday night, you can add three more names to that list: Ben Stiller, Edie Falco and Jennifer Jason Leigh are all opening in a revival of John Guare's play, The House of Blue Leaves.

The House of Blue Leaves is set in a cluttered Queens apartment in 1965, the day that Pope Paul VI visited New York. That apartment, over the course of the play, becomes even more cluttered with celebrity-obsessed people and celebrities. It's kind of a stylistic roller-coaster ride — hurtling from farce to tragedy, back and forth, in the blink of an eye.

Falco, who plays the appropriately named character, Bananas, says that kind of emotional whiplash is what attracted her to the play. 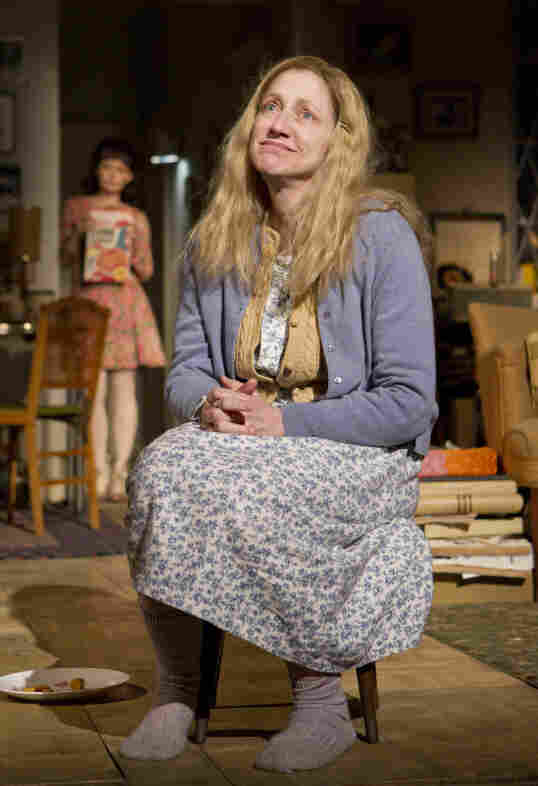 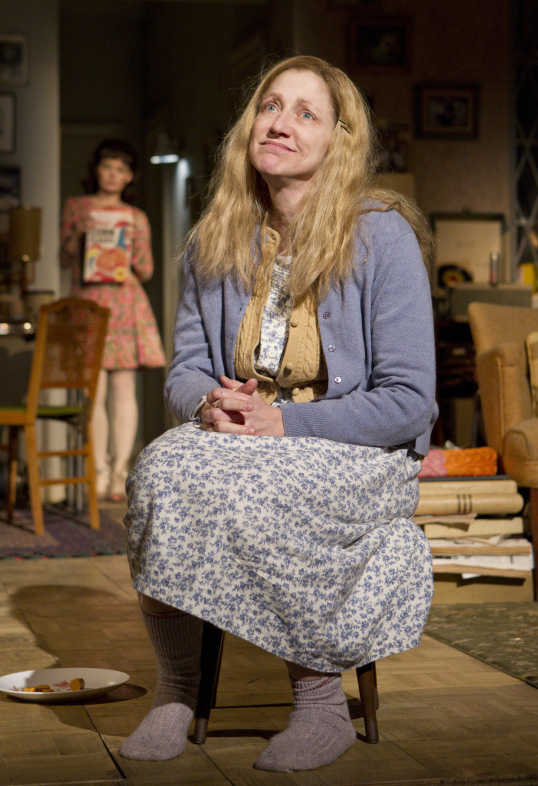 "I like that you don't know what you're feeling," she explains. "Your feelings are sometimes contradictory. I think that's great."

All the characters in The House of Blue Leaves are desperate to be noticed — so much so, that they often turn directly to the audience and speak to them.

At one point in the first act, Falco's character tells the audience about a dream she had, in which she was driving on 42nd Street and saw Jackie Kennedy, Lyndon Johnson, Cardinal Spellman and Bob Hope all trying to hail cabs.

It's not just Bananas who has dreams of a brush with celebrity: Her husband, Artie Shaughnessy, played by Stiller, is a zoo-keeper who's also a wannabe Hollywood songwriter. Leigh, who plays Artie's mistress, Bunny, says her character will do anything to get him there. 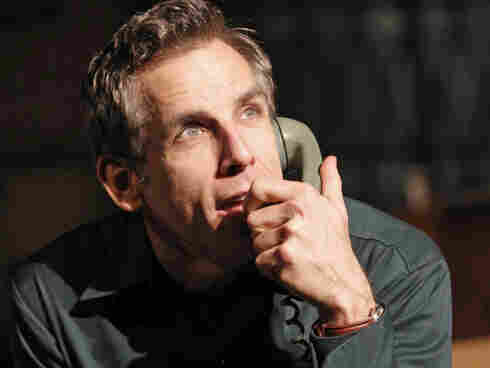 Full Circle: Stiller, who played Artie's son in a 1986 production of The House of Blue Leaves, has now, 25 years later, grown into the role of middle-aged Artie. Joan Marcus hide caption 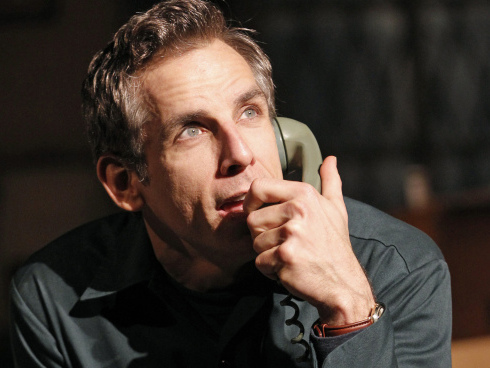 Full Circle: Stiller, who played Artie's son in a 1986 production of The House of Blue Leaves, has now, 25 years later, grown into the role of middle-aged Artie.

Director David Cromer says Guare commented to him that The House of Blue Leaves explores the flip side of those Hollywood fantasies. There are plenty of show business stories about following your dreams — take Fame or High School Musical. But what about the people "whose dreams crush them?" Guare asked. "What about people whose dreams are the wrong dream? The wrong dream for them? Or isn't going to happen?"

Stiller has known The House of Blue Leaves backward and forward ever since he was a little kid. His mother, Anne Meara, played Bunny in the original off-Broadway production 40 years ago — and she sometimes brought him along to rehearsals.

"The play – and John Guare – have always been a part of our lives, really," Stiller says.

Guare says, back then, he and Stiller acted together in a home movie.

Stiller made his professional debut as Artie's son, Ronnie, in the Lincoln Center Theater revival in 1986. Now, he's grown into the role of Artie. Stiller says he thinks audiences can relate to the middle-aged character, with all his hopes and disappointments.

"Artie's fear that he's too old to be a young talent and that he has to do something with his life, these are his peak years – anybody in their 40s, I think, has that feeling," Stiller says. "You start to go, 'OK, this is it. I've got a lot of my life behind me already. What's ahead of me? What dreams haven't I realized?'"

These timeless concerns have withstood the test of time, and the script still rings true, 45 years after its premiere.

"I'm amazed at how the play has aged so well," Stiller says. "It feels to me like now it's more relevant than when he first wrote it; this culture that we're in now, this celebrity culture and­ reality television world."

Now, audiences can have a brush with celebrity themselves — when Stiller, Leigh and Falco open in The House of Blue Leaves on Broadway Monday night.