Accessibility links
Challenges Loom Large, 25 Years After Chernobyl The accident at the Chernobyl nuclear power plant in 1986 not only changed the lives of people in Ukraine; it also put a radioactive stain on the continent. Today, the costs of the accident are still coming due.

The accident at the Chernobyl nuclear power plant 25 years ago not only changed the lives of people in Ukraine; it also put a radioactive stain on the continent. And it showed just how far-reaching the ramifications of a serious nuclear accident could be.

On those late April days in 1986, plumes of radioactive smoke spread for thousands of square miles across Ukraine, the former Soviet Union, Europe and Scandinavia. Beyond 20 miles or so from the reactor, the doses didn't pose an immediate health threat. But scientists are still searching for answers on what the long-term effects of low-level exposure to radiation may be. 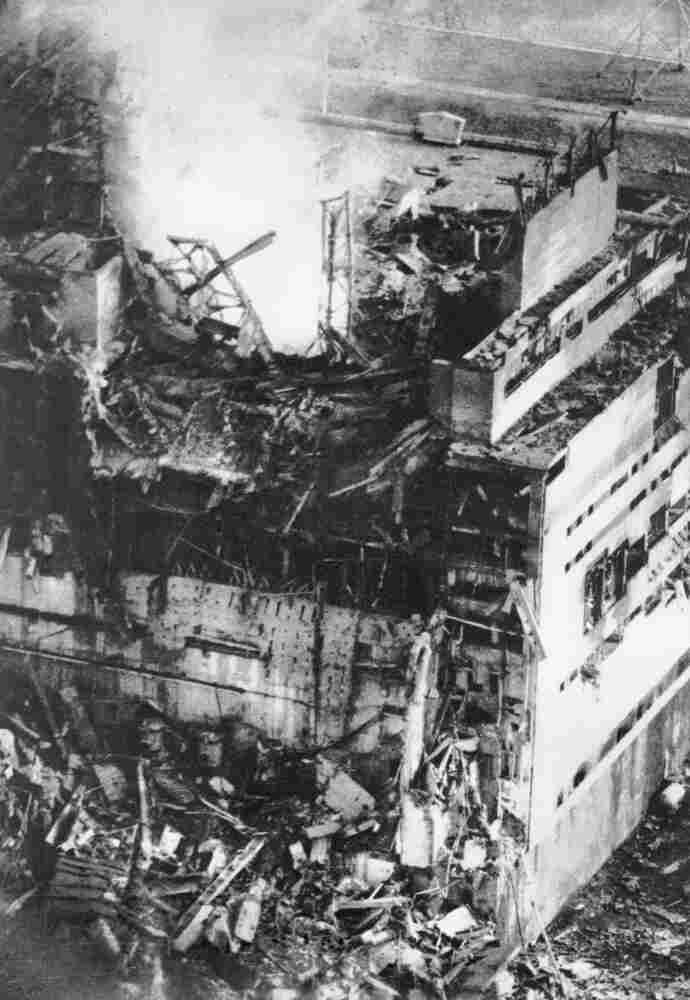 Measuring The After Effects

Numerous calculations say the accident has caused and will cause thousands of cancer deaths, mostly among people who lived or worked nearby. But Fred Mettler, a radiologist with a United Nations radiation study group, says so many people get cancer, it's difficult to tease out which cancers are due to Chernobyl.

"You would have 20 million people over that time dying of cancer generally, and now you are trying to find 4,000 extra cases or 10,000 extra cases — and that signal is pretty much too small to actually be able to see," Mettler says.

To really isolate cancers caused by radiation, Mettler says scientists need to know patient histories: Did they smoke, drink heavily or have cancer in the family?

"Unfortunately, most of these countries are not sharing their data on health effects back and forth," he says.

Mettler says the easiest Chernobyl cancers to detect are thyroid cancers. Normally instances of thyroid cancer are rare and are known to be caused by radioactive iodine; there was plenty of that material floating around after the accident. Mettler says about 7,000 people got thyroid cancer from the radiation. The vast majority of these have been cured, but there will be more cases. How many more is a mystery.

"We know [instances of thyroid cancer] went up among those exposed as children," Mettler says. "We don't know whether that risk will go down over time or keep going up or level off. That's probably the biggest thing that will be studied and focused on."

Mettler and other scientists say the residents who moved back, as well as the hundreds of thousands of so-called "liquidators" who cleaned up the site, are a potential gold mine of information. They represent the only large population of people exposed to low levels of radiation since the Japanese survivors at Nagasaki and Hiroshima. But finding them, their medical records or the money to do the research is a long shot.

Living With The Fear Of Radiation

What worries some health professionals more than radiation are the psychological effects of the accident. James Smith, a physicist at the University of Portsmouth who has studied Chernobyl for two decades, says several studies found high rates of suicide, depression and mental health problems in the region after Chernobyl.

"Having to live with radiation — knowing that you've been exposed — gives an additional psychological stress because the information hasn't always been reliable," Smith says. "So people don't always know what the risk to their health really is." 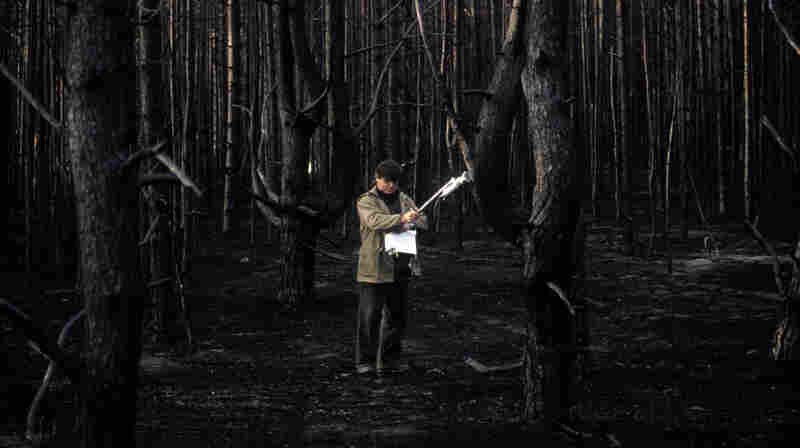 A technician checks a spot with a Geiger counter in a forest that burned in 1992. The wildfire released radioactive particles into the air that were deposited there during the 1986 nuclear accident at Chernobyl. Experts worry nearby forest, which is becoming overgrown, could again be ripe for a blaze. Patrick Landmann/Getty Images hide caption 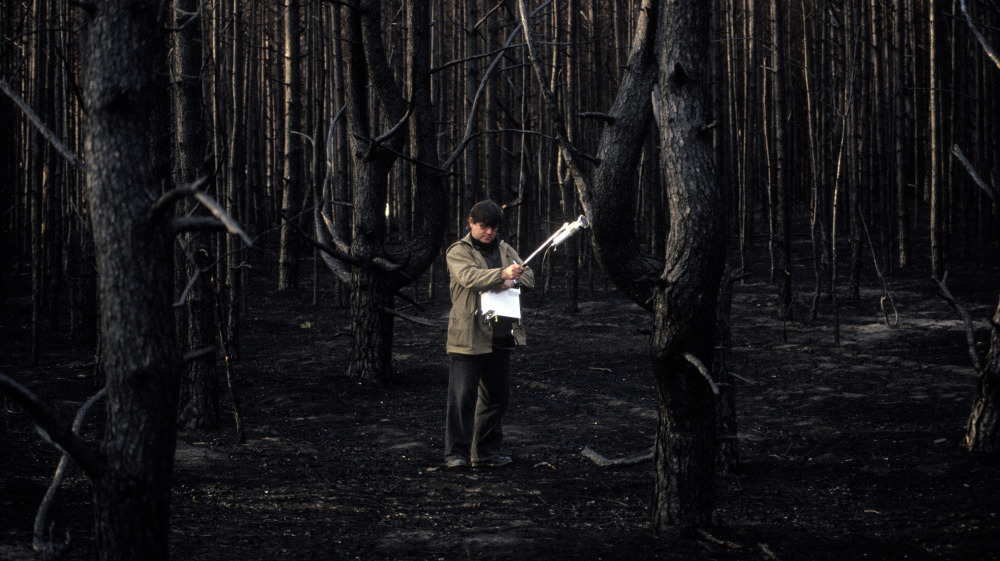 A technician checks a spot with a Geiger counter in a forest that burned in 1992. The wildfire released radioactive particles into the air that were deposited there during the 1986 nuclear accident at Chernobyl. Experts worry nearby forest, which is becoming overgrown, could again be ripe for a blaze.

Chernobyl remains an open sore for Ukraine and its people, Smith says. The government is trying to raise hundreds of millions of dollars to construct a huge building that will cover the crumbling concrete sarcophagus that now keeps the highly radioactive plant isolated.

And then there's the radiation that is still locked up in the environment; it's largely out of sight but potentially dangerous. For example, long-lasting cesium is bound up in the forests and soil around the plant.

"The forests have been crowded and untended, and they could very well go up in a catastrophic fire similar to our Western fires," says Chad Oliver, a forestry professor at Yale University who has visited the forest. "The problem with a catastrophic fire is that they even create their own weather patterns, so you get some very tremendous dispersion of smoke."

The radioactive smoke might not be deadly as far as the city of Kiev, about 100 miles away. But the local effects could be very dangerous.

"The worst concern is the firefighters going in there would be inhaling quite concentrated radioactive smoke," Oliver says.

He says firefighting equipment at the site is antiquated, and roads are poor, but Ukraine has been getting help from the U.S. Forest Service. Teams from the Service are advising Ukraine on how to lower the hazards posed by overgrown or downed trees, as well as studying wind and weather patterns in case another conflagration hits Chernobyl.