Accessibility links
Israel Closely Watches Syria Unrest The border between Israel in Syria at the Golan Heights has been quiet for nearly 40 years, but some worry political instability and the popular uprising in Syria could threaten the peace. For the moment, Israel's government is saying little about the unrest. 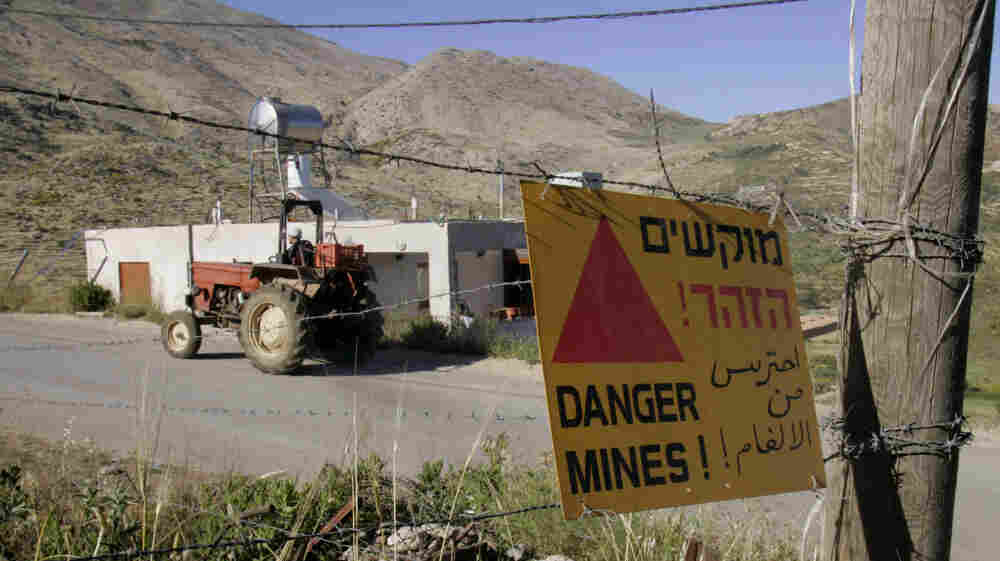 An Israeli man rides a tractor in the village of Majdal Shams in the Golan Heights, near the Israeli-Syrian border on June 1, 2007. Some worry that political unrest in Syria could threaten peace in the area. Sebastian Scheiner/AP hide caption

The upheavals sweeping the Arab world are being watched closely by Israel.

The government there was deeply concerned when the Egyptian regime was ousted because of the potential impact on the 32-year-old peace treaty between the two countries.

Now Syria, Israel's neighbor to the north, is on fire, presenting another threat to Israel's long-term stability.

Jamil Abujabel is a farmer and businessman in Majdal Shams, a small town nestled amongst the lush, green hills of the Golan Heights. He stands behind large rolls of barbed wire running alongside a narrow road that is patrolled by Israeli security forces. Beyond that is the demilitarized zone that separates the Israeli-occupied Golan from Syria.

The demilitarized zone is heavily mined and is dotted with United Nations observation posts. Abujabel says he was just 7 years old when the zone was created.

"Until '73, there wasn't this," he says. "After the war, the October War, Yom Kippurim, they did this border, this line."

Abujabel describes himself as a Syrian who wants out from under Israeli control. But his friend Maher Ibrahim, a dentist, does not feel the same way. He says he has a good life here and is worried the trouble in Syria could spill over into the Golan Heights.

"If Bashar Assad falls and another president comes, and this president wants to change the status of the Golan Heights, then it will be a war between nations," Ibrahim says. 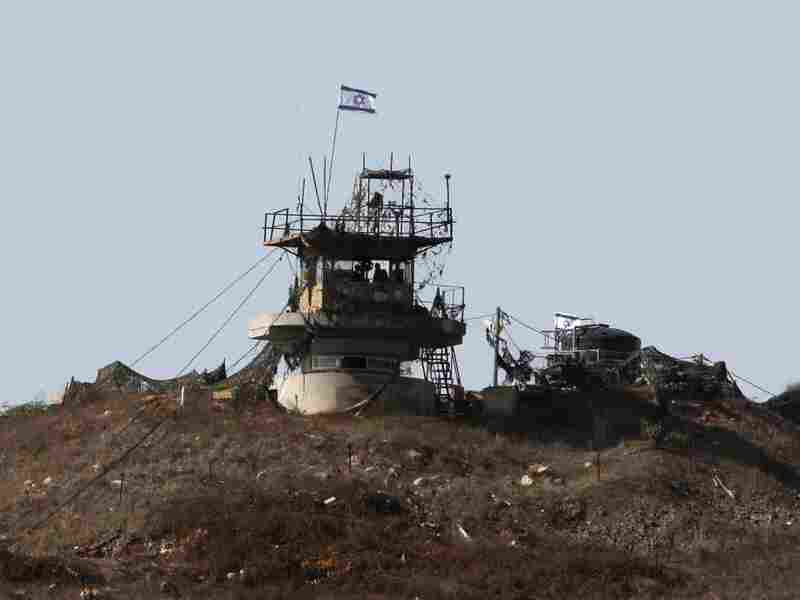 An Israeli army observation point is seen near the village of Majdal Shams in the Golan Heights. Israel seized and occupied the Golan Heights in the 1967 war. Louai Beshara/AFP/Getty Images hide caption 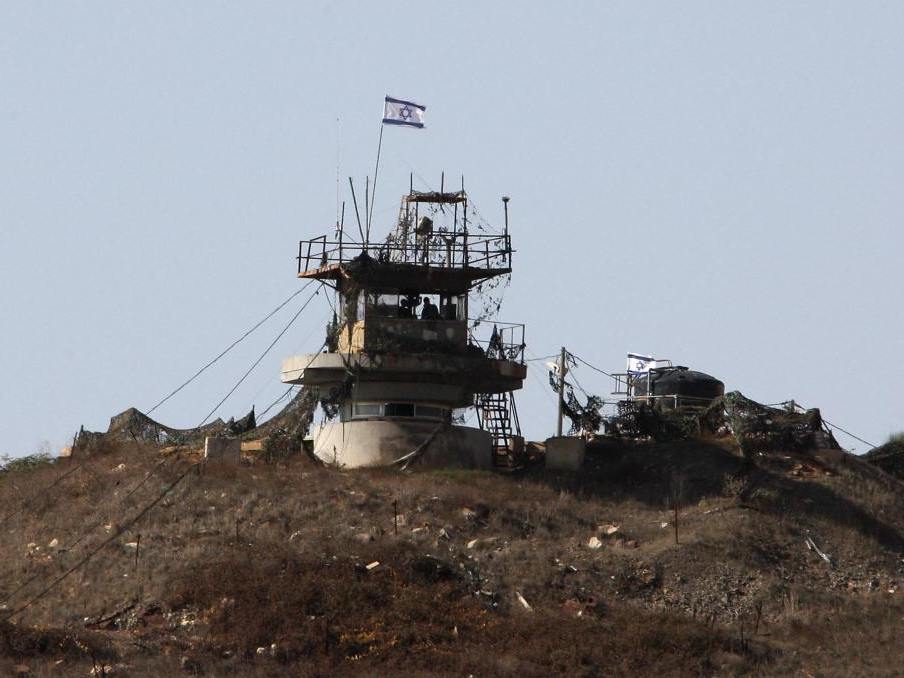 Repeated diplomatic efforts to forge a peace agreement between Israel and Syria have come to naught. Still, the border region around the Golan Heights has been quiet for nearly 40 years.

That stability was something Israelis almost took for granted. But Syria itself is far from stable now, and Efraim Halevy, the former head of Mossad, Israel's intelligence agency, says Syrian President Bashar al-Assad failed to take the uprising there seriously — until it was too late.

"This misjudgment, from Israel's point of view, shows that his lack of judgment is something which has to worry us," Halevy says.

The Assad government maintains close ties with some of Israel's staunchest enemies: Iran, Hezbollah in Lebanon, and Hamas in the Gaza Strip. But Assad hasn't caused any problems when it comes to the Golan Heights. Because of that, analysts in Israel say it's difficult to gauge whether it would be better if Assad stays or goes.

Eyal Zisser, a professor at Tel Aviv University, says there are three main schools of thought in Israel about Syria and its leaders: "Those who say let's stay with the devil we know; those who say because of Iran we should get rid of Bashar; and those who say it's a popular movement and if Israel sees itself as part of the Middle East, it should join — or at least express its support — regardless of these strategic considerations."

The uprising in Syria dominates newspapers in Israel. There are all sorts of predictions — such as how Iran will react if Assad is overthrown — and all sorts of suggestions, such as dropping medical supplies from unmanned aircraft over Syrian cities to aid the protesters.

For the moment, the Israel's government is saying little about the unrest across its northern border.

"We've taken a strategic, deliberate decision not to play into anyone's hands and to keep a very, very low profile," says Mark Regev, a spokesman for Prime Minister Benjamin Netanyahu. "The people out there demonstrating — it's not about Israel and Palestine they're demonstrating for. Why would we want to insert ourselves in an issue which could only hope to serve the interests of the more reactionary forces?"

It's unlikely Israel can affect events on the ground in Syria. Former Mossad chief Halevy says Israel can deal only with the outcome. And he says given what's happening, he wishes there had been more effort to secure a peace treaty with Syria before the uprising began. That would have helped provide some security in these unstable times.