Accessibility links
Movie Review - 'Exporting Raymond' - In Russia, Loving 'Raymond' Takes Serious Work Cultures clash when the creator of Everybody Loves Raymond sets out to adapt his show for Russian audiences. But a lack of focus distracts from what could have been a smart look at "universal" comedy. 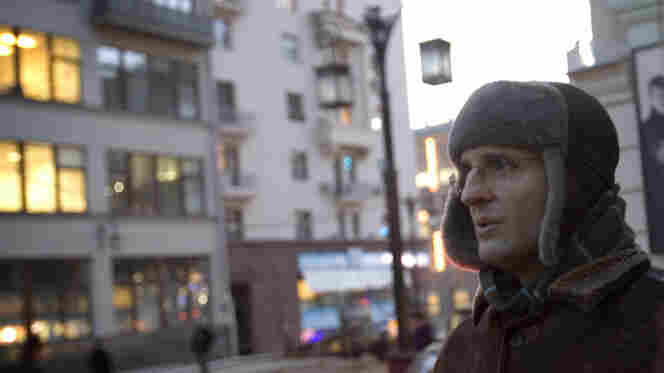 To Russia With Kvetching: Everybody Loves Raymond creator Phil Rosenthal faced a bevy of cultural obstacles — including a live audience barred from laughing — when he tried to adapt his show's brand of middle-class humor for Russian television. Nicholas Weissman/Samuel Goldwyn Films hide caption

'The Head Of Comedy'

'The Head Of Comedy'

"My job was to create a family, a very specific family," says creator Phil Rosenthal of his immensely successful sitcom Everybody Loves Raymond, but he's only half-right. While it's true that Rosenthal and his collaborators, led by comedian Ray Romano, mined the domestic minutiae of a middle-class family for nine years, 210 episodes, and an ongoing eternity in syndication, Everybody Loves Raymond didn't exactly reinvent television. It's still a sitcom — meaning piped-in laughter, broadly drawn character types, and gags delivered with an almost metronomic sense of comic timing. In a word: artifice.

In his self-serving documentary Exporting Raymond, Rosenthal invites viewers to follow his misadventures in Moscow, where his bosses at Sony International have sent him to help adapt his hit show for Russian television. Rosenthal arrives convinced that the petty squabbles and kvetching that make up an average episode of Everybody Loves Raymond are the white noise that fill households the world over. For all his talk of creating "a very specific family," grounded in reality, Rosenthal is so convinced of his show's universal appeal that he can't comprehend why it might have to be tweaked for another culture. And with that, the battle lines are drawn: Rosenthal the ratings-tested comedic visionary versus the crude, hard-headed Russian novices who are trampling all over his show.

The culture clash that ensues is so fascinating that Exporting Raymond nearly succeeds despite itself. Even as he enters the dank gulag that serves as Moscow's chief television production studio — "Did they tell you which room they filmed the movie Saw in?," he quips to his translator — Rosenthal knows that The Nanny was Russia's first successful sitcom adaptation, followed by hit versions of shows like Married...with Children and Who's the Boss? Though Everybody Loves Raymond leans more on conventional sitcom tropes than Rosenthal cares to admit, the average episode looks like Who's Afraid of Virginia Woolf? in comparison to those low comedies. How will an audience weaned on boorish behavior and dumb physical shtick respond to a show that finds humor in everyday situations, like a popped lid on a juice bottle or a marital standoff over a piece of luggage? 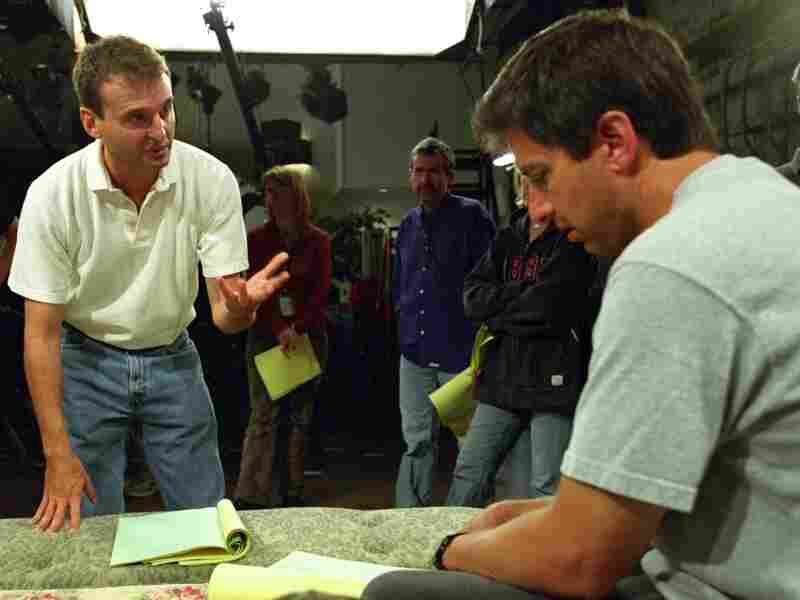 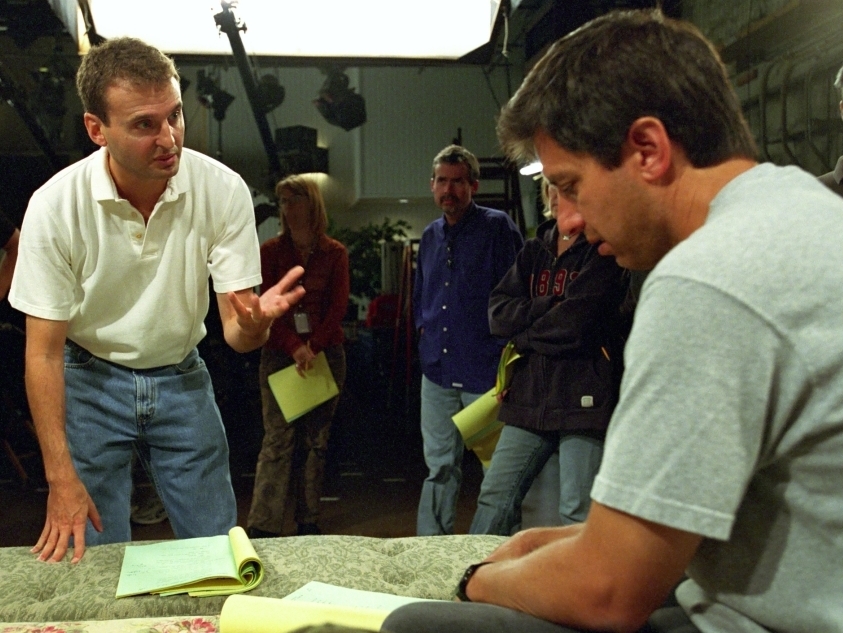 Rosenthal worked with comedian Ray Romano (right) during the nine season-run of Raymond, garnering two Emmy awards along the way.

So long as Exporting Raymond sticks to the headaches of adapting Everybody Loves Raymond into Everybody Loves Kostya, it's a funny and revealing look at the immense chasm between the two cultures. Compared to the state-of-the-art luxuries of a Hollywood studio, the Russian set looks like closing night at a dilapidated small-town community theater; after begging for a studio audience like the one that gave his actors the energy and feedback of live performance, Rosenthal gets 20 stone-faced Russians in folding chairs. (And they're forbidden to laugh, so as to not disrupt the sound mix.) On a deeper level, however, the biggest stumbling block may be the fact that Russian families simply don't operate like their American counterparts, and thus wouldn't find Ray Romano's silly neuroses all that relatable.

Rosenthal's arrogance in refusing to square his vision with the particularities of Russian culture gets exasperating at times, but the real problem with Exporting Raymond is his lack of focus. Serving as writer, director, narrator and first-person tour guide, Rosenthal turns the film into a loose, fatally digressive account of his wacky vacation abroad. He riffs on radiation poisoning and K&R ("kidnap and ransom") insurance; gripes about the dour weather and dour-er interiors; and obsesses over his mysterious driver, who may or may not be ex-KGB.

None of this funny business has anything to do with making a TV show in Russia, so it plays more like the unfortunate B-plot that overwhelms the A-plot in a bad sitcom episode. Exporting Raymond misses a great opportunity to locate the areas where disparate cultures do and don't intersect and to figure out what the term "universal" really means. Instead, Rosenthal has cast himself as the star of his own fish-out-of-water comedy.