Accessibility links
Movie Review - 'Prom' - Teen Comedy, Hold The Sex And Rebellion A wholesome Disney movie that's thin on youth revolt but lays the mainstream tropes on extra thick, Prom earns points for casual color-blindness — and is sure to please parents irked by all the hormone-fueled adolescents seen in fictional high-school hallways of late. 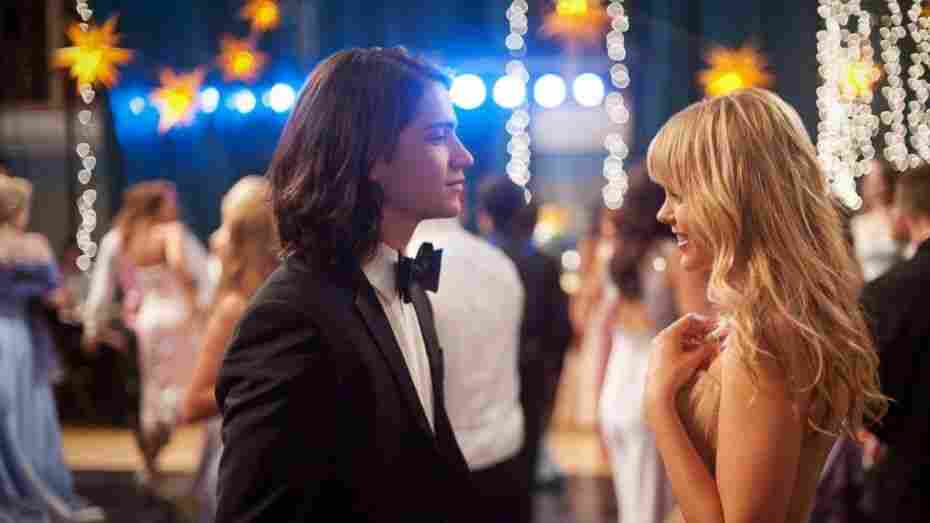 Rated PG for mild language and a brief fight

From the Walt Disney Company's wholesome-produce department, the pleasantly retro teen movie Prom comes bearing no offense. Which is nice for parents seeking healthy alternatives to, say, Glee or, worse, Pretty Little Liars — if slightly worrying to those of us who grew up on the necessity of youthful rebellion.

Directed by Joe Nussbaum (Sleepover) from a chipper screenplay by Katie Wech, Prom is a good-hearted, perfectly watchable bonbon about adolescents with little on their minds besides who will ask or be asked to the graduation night shindig.

Nussbaum has claimed a cinematic affinity with John Hughes, but Prom's sensibility is less Ferris Bueller's Day Off than pale Pretty in Pink updated with a perky High School Musical vibe. (Though minus the hoofing; instead there's a broadly winking soundtrack featuring Those Dancing Days and Simple Plan.)

By way of technique, a split screen here and there helps set up the few personality traits shared by all 14 members of the ensemble — dewy novice actors so blandly photogenic that they all look vaguely familiar.

At the center of this tray of sweets, which includes the usual fly boy, several shy boys, a high-flying Asian girl and a dignified African-American prom queen, is a developing romance between a good girl who needs to let her hair down and a bad boy who needs to cut his — I mean, who needs to straighten up.

The rub is, she has no yin and he's woefully short on yang. An obsessive event planner, Nova (played by Friday Night Lights' Aimee Teegarden, she of the ski-slope nose and Sally Field cheeks) is Election's Tracy Flick, but minus the satire — indeed minus almost everything but her straight-arrow niceness. As for Jesse (Thomas McDonell), his reprobate credentials stop at a Johnny Depp 'do, a flash or two of temper tantrum and a poor attitude toward prom prep. From the first meet cute, Jesse wears a placard (loves his family, good at repairs) marked Working-Class Prince Potential. 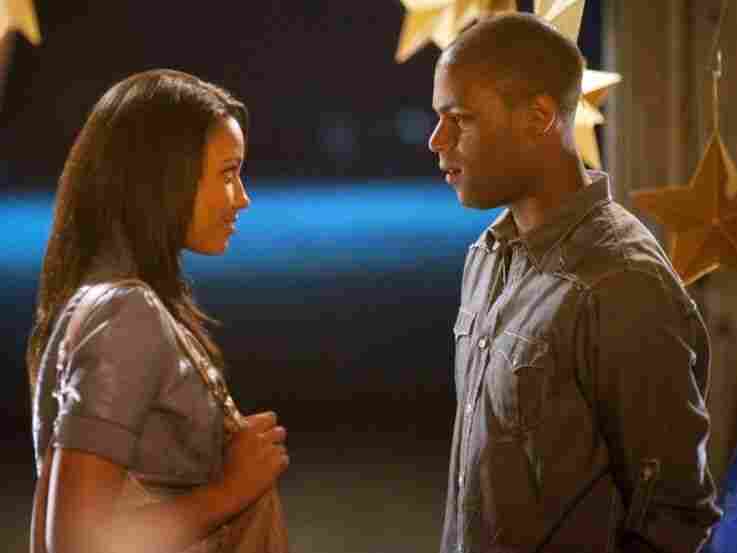 Jordan (Kylie Bunbury, left) and Tyler (De'Vaughn Nixon), the favorites to be named prom queen and king, are stuck mending their relationship before they can don their crowns. Richard Foreman Jr./Walt Disney Pictures hide caption 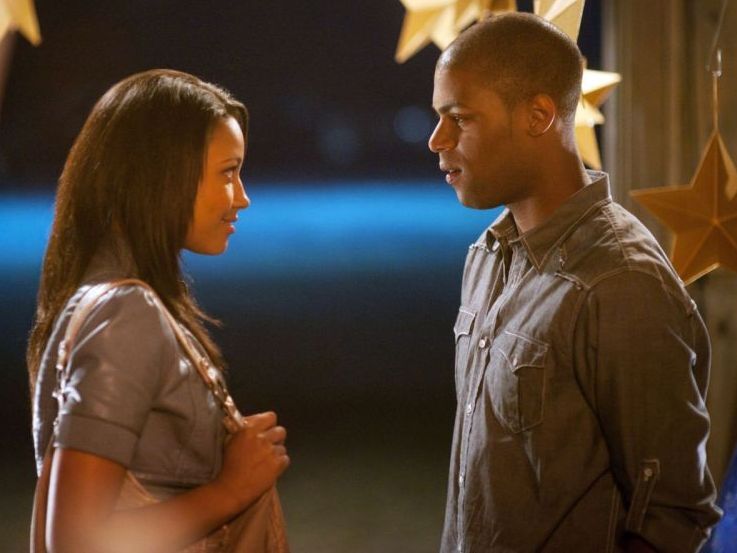 Jordan (Kylie Bunbury, left) and Tyler (De'Vaughn Nixon), the favorites to be named prom queen and king, are stuck mending their relationship before they can don their crowns.

Forget freaks; even geeks are thin on the ground in Prom. On the plus side, there's not a Bieber clone in the bunch. But neither is there a flannel-shirted Juno, a purple-haired, nose-ringed best friend, or even a crusading Clueless shopaholic to pep up the obligatory dress-shopping sequence and challenge the high-school pecking order.

None of this vanilla crew, you can be sure, will ever end up in the Juno predicament: The only hint of sex in Prom is a broken fountain that overflows when it — and the meager plot — gets repaired. As a parent, I gave thanks. As a moviegoer raised on the youth revolt and a critic with no great love for facile uplift, I hungered for some mutinous push-back against the movie's watery '50s aspirations.

The only remotely ground-breaking thing about Prom is its casual color-blindness. Well, not blindness, exactly. Along with the ubiquitous caramel skin — you can't tell which race(s) many of these kids belong to, and it's no big deal to them or the filmmakers — Nussbaum and Wech have made so bold as to introduce an African-American bad boy (De'Vaughn Nixon) whose poor character has nothing whatever to do with his race. Good for them — and for every black actor who's had it with playing inner-city badass or saintly crusader for inter-ethnic tolerance.