Accessibility links
Roy Orbison: Songs We Love Orbison's biggest songs, like "Oh, Pretty Woman" and "Crying," are indelible. Hear eight of our favorites, from the tearjerkers to the dance-floor numbers. 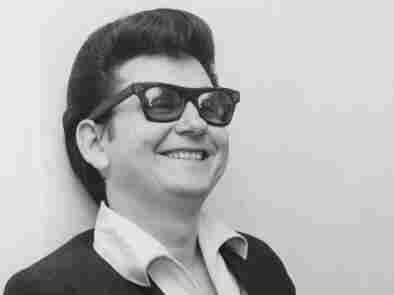 Roy Orbison would have turned 75 on April 23. For the occasion, Sony Legacy has collected all the singles he recorded for Monument Records, the label he called home during his most productive period — the years when he recorded "Only the Lonely," "Crying" and "Oh, Pretty Woman." Between 1960 and '64, Orbison dominated the charts. For a while, he withstood even the British Invasion, scoring huge hits in the U.K.

Though he never again reached the heights he did in the early '60s, Orbison influenced some of the most popular artists that followed him, from Bruce Springsteen to The Beatles. His biggest songs are impeccably crafted and solidly, gracefully written.

Here, we've chosen eight of our favorite Orbison songs — the ones we've listened to hundreds of times — from tearjerkers to dance-floor numbers. 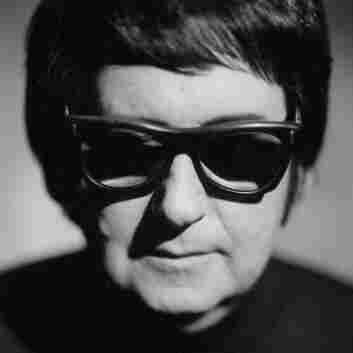 There's more frightening intensity in Roy Orbison's No. 1 hit "Running Scared" (from 1961) than in many dramatic opera arias. Actually, opera and Orbison have more in common than you might think. His voice — from baritonal lows to ethereal, mezzo-soprano highs — is huge in its rage but intimate in size, with a fluttery but controlled vibrato. Like good opera singers, Orbison uses all of his vocal tools to express the text. And the expression in "Running Scared" is one of stomach-churning fear. In operatic style, dramatic tension is triggered immediately with the line, "Just running scared, each place we go / So afraid that he might show." It's just Orbison and a guitar setting up the pounding, four-note beat that stalks the entire song. From there, the band kicks in, and the song — about a panic-stricken man worried that his girl might return to her former lover — builds to an explosive climax, complete with a triumphant high note. It's a compelling, beautiful and absolutely terrifying two minutes.

Who would have thought a simple song about a pretty woman walking down the street would be so controversial? Yet "Oh, Pretty Woman" has been an inadvertent target of debate several times in recent history. Van Halen's video for its version of the song was one of the first banned by MTV. A lawsuit against 2 Live Crew's parody became a landmark decision on fair use. America remains confused by the idea of Julia Roberts as a prostitute. No matter what gaudy gaffes we throw at the song, the Teflon-coated 1964 hit endures as a classic. The song is grounded by distinct guitar riffs, a four-on-the-floor drum beat, unforgettable vocals and an origin story that's equally straightforward and heart-wrenching. These solid elements stand the test of time, contention and Diamond Dave.

"Crying" doesn't mess around: It takes all of 35 seconds to unfurl its first iteration of that unforgettable "cry-y-y-y-ing" in the chorus. But Roy Orbison wasn't one to unload his full arsenal at the first opportunity to hit a gigantic power note: His voice was so gorgeous, he knew it would hold your interest while he slowly and subtly revved up his engines. From the very beginning, "Crying" is a masterpiece of building up to a grand payoff — just past the song's halfway point, he's already teasing the big, big, big moment at the end; the one everyone knows is coming. And, sure enough, those powerhouse notes are mind-blowing in their purity and grandeur. But what separates Orbison from so many other multi-octave-spanning power singers is that he can hit the biggest notes imaginable and still sound unspeakably sad at the same time. All his vocal gymnastics were just a means to a powerful end, not a mission unto themselves. Roy Orbison didn't just sing beautifully — he sang brokenheartedly.

Regardless of your age, if you've ever suffered the loneliness and inconsolable heartache that often accompany the wrong end of a bad breakup, you probably understand the impulse to seek refuge in the alternate reality of dreams. There is no better tour guide for that trip than Roy Orbison. The tormented narrative of his 1963 hit "In Dreams" veers unsettlingly between melancholy teenage romance and morbid adult obsession. Adrift in a sea of errant hormones at a junior-high dance may not have been the ideal place to comprehend the vulnerability and acceptance in that song. Hearing his distinctive, plaintive voice sing, "I can't help it! I can't help it!" meant recognizing the real possibility that neither could you. Echoes of ranchera music offer bittersweet counterpoint from the lulling intro, through the aching verses to a finish that just seems to evaporate.

"Uptown" isn't weepy; it isn't a song written for the lonely, lost or heartbroken. In a way, it's closer to the Jeffersons theme song, or Billy Joel's "Uptown Girl," or Skee-Lo's "I Wish" than the vulnerable ballads for which Roy Orbison is known. It's nakedly aspirational: "I'll have a big car, fine clothes and then I'll be uptown." (Money, clothes...) Those words float out of Orbison's mouth over nothing but drums, while in the rest of the song tinkling piano keys and sax steal the spotlight. The arrangement and all the performances are economical, even efficient. The only word in "Uptown" with more than three syllables is "ever-loving," which, if you're going to splurge, is probably the best possible choice.

It's common to reject your parents' music as a kid, especially when being held captive in the backseat on long car rides. It was excruciating not being able to control the radio (or cassette deck, in those days), and I often begged my dad to put on something else. As I got older, though, I began to get it. One by one, I would cave and meekly admit, "You know, I guess I do like Elton after all." "You're right, Dylan is brilliant." "And, yes, Roy Orbison is amazing." I didn't give Orbison much of a chance because, for so long, Orbison meant "Oh, Pretty Woman," a song so frequently spun on oldies stations and TV, it was difficult to peel all that saccharine sentiment away and actually hear the music. Once I did, it was a revelation. "Falling" is a masterclass in concise, economical songwriting. In a little less than two and a half minutes, every sweetly delivered melody, every chord change and every flourish in the dense arrangement is perfectly constructed. And, of course, it's Orbison's stunning, soaring croon that conveys such true emotion as he sings about falling in love. It's simple, but it's also expertly crafted. I didn't realize until much later how much of a role hearing artists like Orbison played in developing my own musical tastes or understanding those foundations of pop songwriting. Just don't tell my parents. I'll never live it down.

It makes sense that I found Roy Orbison while watching a movie. His music's cinematic quality has always been one of the reasons I've been attracted to it. I remember hearing "Blue Bayou" — a song featured in the 2003 film Dreamcatcher — and being caught up more in Orbison's performance than in the 134-minute movie. It's an easy song to love: The breezy nature of it takes you to the bayou that Orbison sings of, a place "where you sleep all day and the catfish play." But the dark underpinning of lost love hurts way more than any poorly adapted Stephen King novel could.

Man, Roy Orbison sure got dumped a lot. This time, he managed to wrangle an ear to fill in the form of an unassuming paperboy. Each guitar strike falls like a teardrop on newsprint, dragging ink down the page and coaxing further sympathy from his captive audience. I can relate to his chatterbox tendencies, especially when it comes to trapping people to listen to my latest woes. At least by the end of the track, he's thanking the kid for sitting still during his sob story. We should all be so grateful for the listeners in our lives.