Accessibility links
Need A Coat Of Arms? First Pass The Test Of Eminence An official Middleton family Coat of Arms was needed before Kate Middleton could marry Prince William. Once she passed the test of eminence, the College of Arms in London helped the Middleton family design their coat of arms. 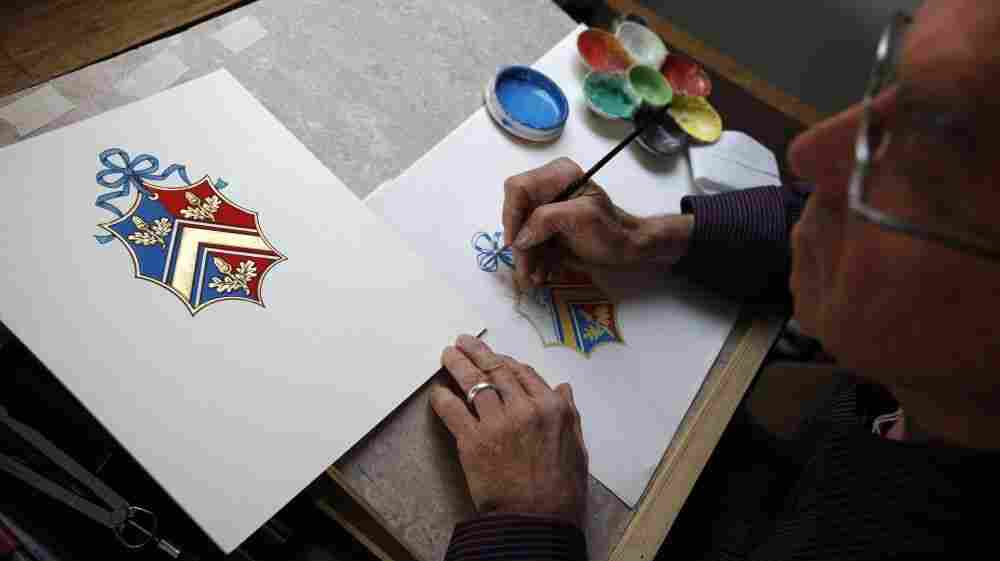 Robert Parsons sketches the new Coat of Arms for Kate Middleton's family at the College of Arms in London. The Middleton Coat of Arms features three acorn sprigs — one for each of the Middletons' children. Rex Features/AP hide caption 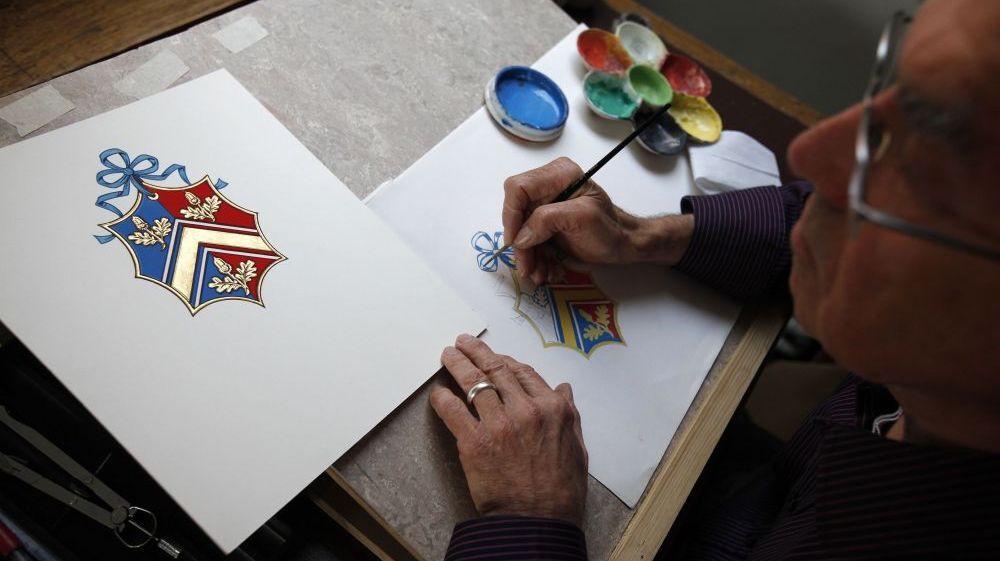 It takes a lot to prepare for a wedding and even more when you're marrying royalty.

Because Kate Middleton is a commoner she needed to get herself an official coat of arms before she could marry Prince William.

So, Middleton and her family went to see Thomas Woodcock, Garter Principal King of Arms at the College of Arms in London.

But, not just anyone gets a coat of arms. For starters, you have to be a subject of the British crown. And then there's a test — the test of eminence — that determines if you deserve one. To pass, you basically just need an important job or a university degree.

Once your eminence has been determined, Mr. Woodcock asks you what you want on your coat of arms.

"The Middleton family wanted to have acorns on it, particularly as a reference to fact that the part of Berkshire in which they brought their children up, there are a lot of oak trees," he tells Mike Danforth and Ian Chillag of Wait Wait ... Don't Tell Me!

They wanted acorns, but really, they could have asked for anything.

And people do ask for weird things.

"I once did a coat of arms for a surgeon who particularly wanted to have a colon on it ... he didn't really see, as it was his speciality in surgery, why he shouldn't have it. But it's not a very attractive design, the colon, and it looks rather like a red worm," he says.

Mr. Woodcock designed a shield for the Middletons with the acorns. There's also a chevron — which is like an upside down V — to represent the mountain. 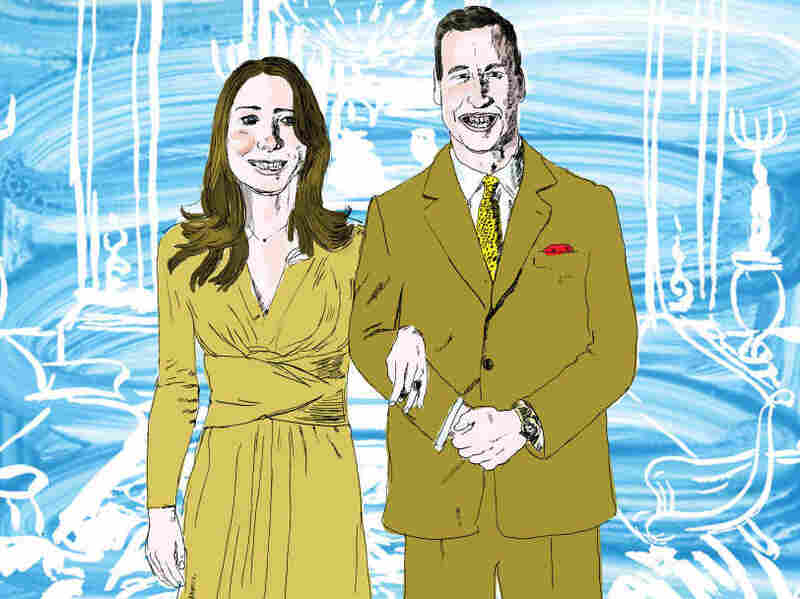 Once they are married, Kate and William will have a new coat of arms that blends elements from their individual coats of arms. Justin Witte of Tinymarkers hide caption 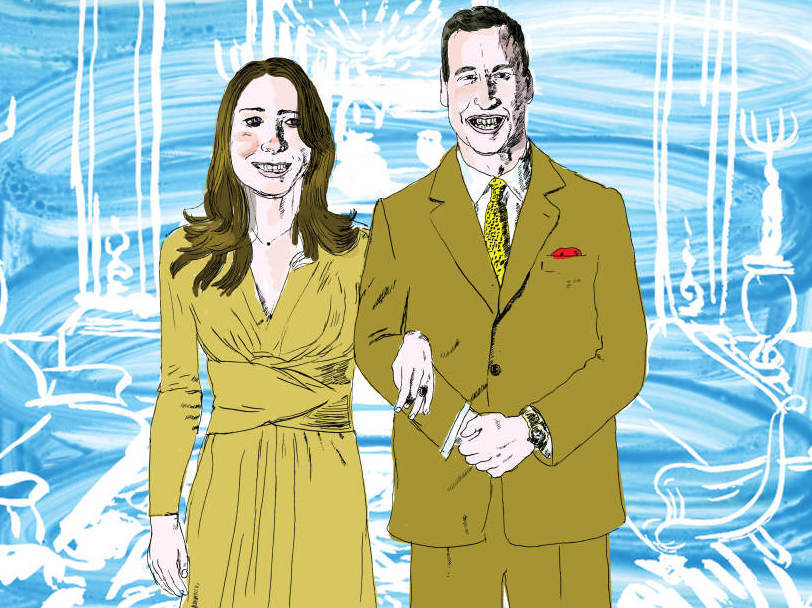 Once they are married, Kate and William will have a new coat of arms that blends elements from their individual coats of arms.

It's much simpler than Prince William's, which is the shield of the House of Windsor. That coat of arms has a harp, at least three lions, some fleur de lis and at the bottom, another lion, and then a unicorn.

"That's what's known as the supporters, where you have the lion and the unicorn supporting the shield," Mr. Woodcock says.

And here's the important part: Once Kate and William are married and she becomes a princess, their shields merge.

Then they will get a new shield, with all of his stuff on the left and her stuff on the right, and they lose the unicorn.

"So the lion will stay there holding up one side of the shield, and then they will have to think of some animal to replace the unicorn, something relating to her," Mr. Woodcock explains.

So to recap, the way you get a coat of arms is first, be a subject of the British crown. Then prove your eminence and finally, give Thomas Woodcock a call.

Mike Danforth and Ian Chillag are producers for Wait Wait ... Don't Tell Me! You can follow more of their adventures on their podcast, How To Do Everything.